How many really fine and valuable Metal pearls got washed up at the Finnish surface of the scene in the last years?

Also Katra make no exception there, which have named itself after its front woman and singer Katra Solopuro. Offered is extremely aesthetically and lovely melodic Gothic Metal of the opulent kind.

In their home country the self-titled debut album was already successfully published. Now the worldwide re-release by a major label is available, this time under the title „Beast Within”.

For this the Scandinavian group revised the vocal trackings into English. And Katra recorded on this occasion yet also two completely new compositions. Bass player Johannes Tolonen and singer Katra faced up to the questions. 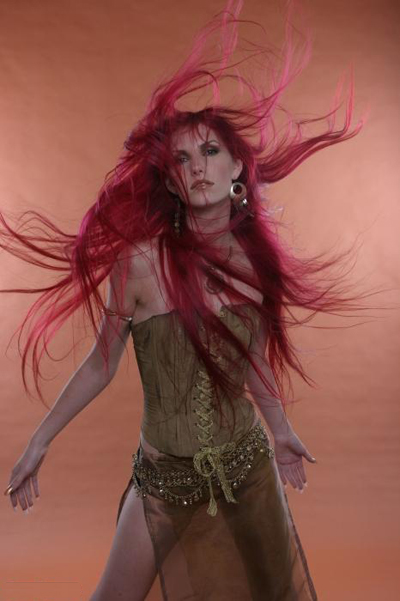 Why do you do this kind of music?

Johannes: „Why one makes music in the first place? It´s not like we get together and decide "hey, now we need to do this or that", it just comes as it is and represents our visions and views.”

Katra: „It is just something what comes out, when five different people combine their skills and influences together.”

Your current label partner Napalm Records proclaims: „Katra – with their special brand of Gothic Metal“. What's so special in your music?

Johannes: „First of all this labeling thing is a bit funny. I´ve heard even The Rasmus is labelled as gothic-something in Germany and some other European countries. In Finland it is quite normal to wear black clothes if you want and most of the bands operate through distorted electric guitar. If that´s enough to make something gothic, so be it. So what´s special in the music of Katra? Well it´s hard to analyze your own music but I´d say there´s nice symbiosis with operatic Metal and more straight-forward rockish thing. Title song "Beast Within" could be the best representative of that.”

Your new debut re-release „Beast Within“ – please tell about the strengths of the songs, and also about the difference from the rest of the Gothic Metal clichés.

Johannes: „As in most of the music the power comes from strong melodies, harmonies and of course rhythm, it´s really simple actually: just make the songs strong enough and then nail it down in the studio and on the stage. First Gothic Metal clichés to come to my mind are superficial, strong make-up, medieval clothes and so on. Well, we don´t do that. Music wise the term "gothic" is so shattered I´m not sure anymore what those clichés might be. As I said before we got maybe more straight forward attitude in our music than some other bands.”

Katra: „I think the powers of the songs come also from the lyrics and from the stories behind them. What is goth nowadays? Some say it is the red hair and black clothes, some say it is Two Witches and electric beat. The answer may depend on, what decade have you been born. In the 70's, 80's, or 90's? Well, I have red hair…“

Which influences could you name me mainly for the music of Katra?

Johannes: „Oh, that´s tough one! Ther´s five members in that band and all are involved in making music for this band so the influences are quite various. I like listen to all kind of music from Miles Davis to Morbid Angel, and Beatles, Metallica, Bach, Led Zeppelin, My Dying Bride, Queen, Stevie Wonder, Sepultura, Soilwork etc etc. You get picture. I guess every musician gets inspiration from all the music he or she hears and on one way or another all of that reflects as an influence.” 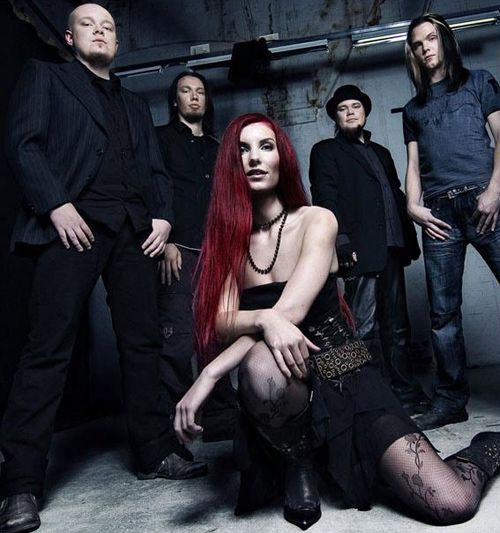 How would you describe your working style for your music?

Johannes: „One of us gets an idea for a song and then we work it on together.”

Katra: „Mostly boys come out with the riffs and I write the lyrics, vocal melodies and sometimes piano-ballads. But every one of us is needed to make it sound like Katra.“

Johannes: „We are young band and our style is developing all the time. I hope we can sharpen the elements within one song even more. Arranging can be tough job to do you know.”

Tell a ´bit about the process of songwriting for the new album!

Johannes: „Writing part went smoothly and we got the songs together quite fast but then there where some difficulties with studio technology as couple of hard disks crashed and whole project was delayed for months.”

Please give examples of ideas you've had or implemented for your music.

Johannes: „We´re not trying to invent the wheel again if you know what I mean? Our line-up is suitable for both rhythmic and melodic approach so we try to take advantage of it and combine harmony parts leaded by keys with more guitar driven riffs. Of course it helps when you have a lead singer who can execute different styles beside the most obvious, singing high and loud. It is important for the dynamics of the music, that you can use the palette of nuances and choose the most suitable style required.” 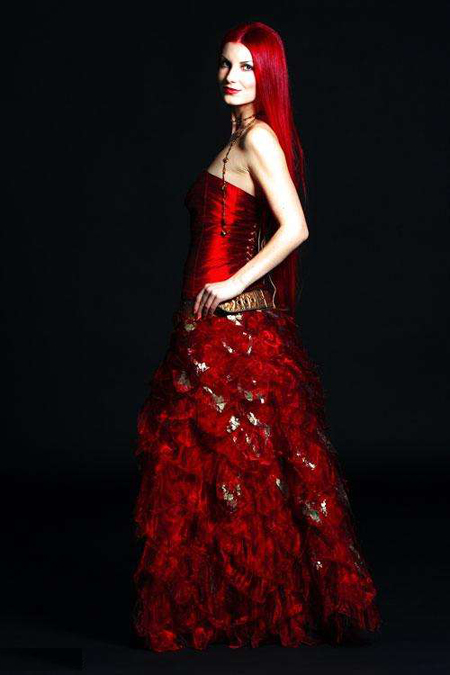 You have begun your career as a background vocalist for the Finnish groups Essentia and Lovex. How much classical singing and piano lessons formed your musical knowledge and understanding?

Katra: „Well, I started playing piano at the age of six. I played many years in Pirkanmaa Music Institute. After playing piano for ten years I changed singing as my major. Now I have studied classical singing eight years and done exams for classical singing, music theory and solfa. I have also done pop and rock since I was sixteen years. For example: I’ve played keyboards and sang backing vocals in Loves and Essentia and I was a main singer in one finnish Rock band. After those bands I have done piano-singing solo-gigs and also different kinds of cover-gigs.“

„Katra knows how to use her voice to give each song depth and sincerity“ – and how do you use your voice?

Katra: „I know it is a cliché, but I sing from my heart by using that technique I have learned so far.”

Katra's first single „Sahara“ became a huge radio hit – how did happen that?

Can you reproduce all elements and powers of the songs on stage completely?

Johannes: „An album should be considered as a piece of art. Just as a sculpture or painting an album it is eternal. So when you are in a studio and have all the possibilities you should take an advantage of that and make sure everything is perfect. Wether it´s lo-fi sound or mathematically calculated perfection, just make sure everything is like you want it to be. What comes to playing live it is more about interaction within the musicians and with the audience. It is about sharing and giving feelings.“

How big do you ultimately want to become in music-biz?

Johannes: „As big as it gets! Of course if we have a chance and some luck... The first thing is still that we get to make this music of our own and hopefully someone likes it too!”

Katra: „What more can I say. I think every one of us wants to make music as their "main" job and earn their living with it.” 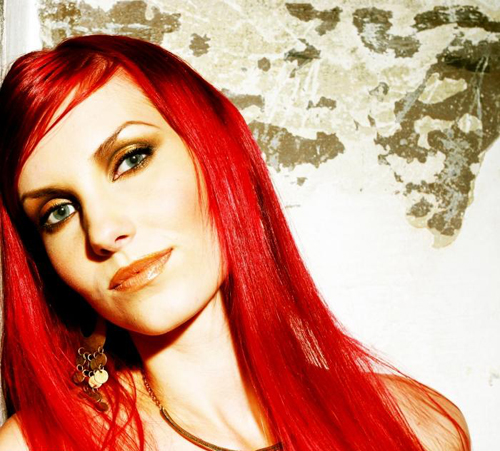 Any live plans for Germany?

Johannes: „As soon as possible. Record will be out in Europe in late August so the European tour could take place in the spring 2009. Hope so!”

Which music do you listen to mainly?

Johannes: „As I said before I listen (and play) all kind of music. Most of it is Metal of course but I do like certain good Jazz, Pop, Latin, Rock, Blues and classical stuff too.”

Katra: „I listen to Finnish Rock, Ska, Reggae, Metal, Classic & musicals. And to give you a few names: My Chemical Romance, 30 Seconds To Mars, Danny Elfman, Andrew Lloyd Webber, Korn, System Of A Down, Queen, Yup.. the list goes forever.“

Any special greetings to someone here?

Johannes: „It is really exciting to think that soon there will be an album which will be distributed around the world and it has our music on it! So of course I´d like to thank everybody who has believed us so much they´ve give their time and energy to make this possible!”

Katra: „I want to thank everybody, who has believed in us, every one of you, who have loved me and I have loved in return and of course those guys and gals, who have made all of this possible.”