For their new album, the five Progressive Melodic Power Metallers ventured thematically into the interesting field of analytical psychology.

Musically, „The Shadow Theory“ ties seamlessly to the always emphasizing qualitative work of the exceptional formation from Tampa, Florida, which was founded in 1991. Guitarist and founding member Thomas Youngblood is also delighted with the outstanding collaboration with Belgian Johan Nunez, who was officially announced as a newcomer in early February of the year for outgoing drummer Casey Grillo

Line-up - how runs the work with the new drummer Johan Nunez? 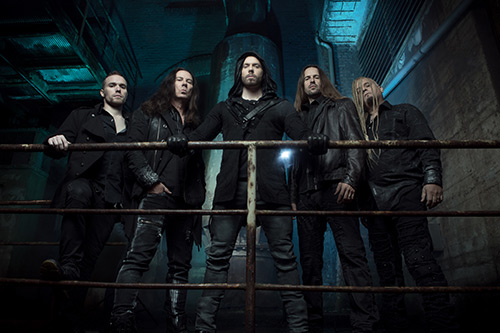 „Great! He is very experienced even though he is a young guy. He played all the drums on the new album and is practicing all the time. He is also a drum teacher in Madrid and Belgium.“

Media feedback and 'understandings' for the last album - are you fully satisfied with the global attention and the reactions for 2015 „Haven“?

„Absolutely, the album set a new bar for the band. We debuted #1 on the Billboard Hard Rock charts. Since then we have been touring for 2 years straight.“

How do you feel now, after having finished these new, broad-visionary collection of highly variable Kamelot songs?

„We worked very hard on ‚The Shadow Theory‘, offering a ton of diversity for the fans. We have Power, Prog, Symphonic and Rock elements all over this one.“

What is the most important for you on the newest full-length release of Kamelot?

„Maintaining the Kamelot sound but continuing to grow and add new elements to our songs.“

„The Shadow Theory“ sounds theatric and dramatic, longing and passion-filled, but without being inflated and stilted - as it was the trademark for Kamelot since the beginning. How do you keep doing that?

„Thanks! Well, we go through a process of analysis for the songs. At least I do, haha. But I listen to the final versions and try to make sure they have the content needed without any filler parts that might bore the listener.“

Songs as „Amnesiac“ f.e. do have a pretty ‚modern‘ touch … did this come from the lyrics of these song or did it result from the flow of the track?

„I see that song as a step in the direction of the song ‚Insomnia‘ from ‚Haven‘. Yes its more modern and some may say mainstream. But we feel like this has been around since we did songs like ‚The Haunting‘ years ago. Lyrically this song definitely reflects current and future topics.“ 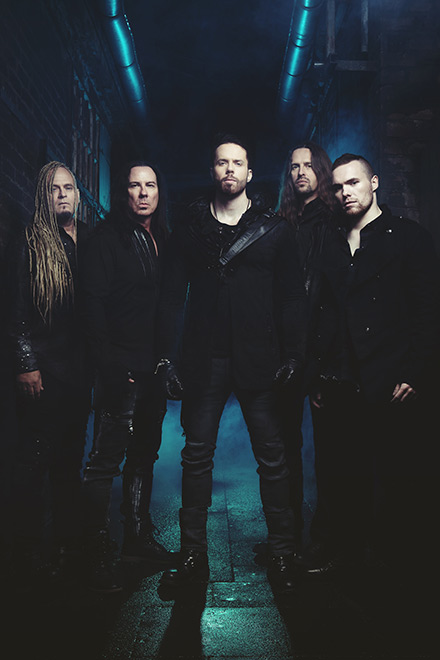 The new songs of „The Shadow Theory“ are arranged with so much love for perfect moods. What is to tell about?

„Thanks again! We try to create cinematic moments within the songs and lyrics. To paint a soundscape for the listener.“

Any other noteworthy (small) differences to the previous album(s) are waiting now for the curious listeners? Be so kind and tell a bit deeper about your newest material!

„The writing process was very similar to ‚Haven‘. I went to Germany to work with keyboardist Oliver Palotai, at least two times. We work on the basic outline of the songs and send those to Sascha, the producer, and our singer Tommy Karevik. They work on the vocals and make any needed changes to the songs. They also write some of their own songs in the process.“

What’s your very own personal view about the ‚deep inner core of meaning‘ of these new album?

„It’s a reflection on the current situation in the world and how we see things for the future. I believe that intimacy in the near future will be very rare. The human touch will be strange to another person, Artificial Intelligence taking over, everyone gets lost in their smart phones. Its already happening to a degree.“

The new music of Kamelot on „The Shadow Theory“ sounds extremely well rounded off, and highly emotional as well, but appears fully homogenous on the whole line … what special kind(s) of emotions dominate these songs?

„We themed the album around the Shadow Aspect of Carl Jung. He states ‚shadow aspect/archetype‘ may refer to an unconscious aspect of the personality which the conscious ego does not identify in itself, everything of which a person is not fully conscious. In short, the shadow is the ‚dark side’.“

The noble and liquid guitar work in „Burns To Embrace“ f.e. is highly pleasant in all its melodic approach and with the lively flowing appearance - what do you want to tell about it?

„One of the first songs we wrote for the album. The title comes from E.E. Cummings’ ‚Epithalamion‘. One of the most melodic chorus’ on the album. Also features my son Thomas in the children’s choir, a very proud moment for me.“

Which special, analytical-psychological visions are raising in your mind while rehearse/performing these new material?

„I think that the mind is really complex and amazing. We can create our own reality within our minds. One can wonder if anything is real or is it all imagined?“

Is it allowed to ask you about special musical influences which led to the new songs?

„Yes, we added some Celtic and East European elements on this. ‚Burns To Embrace‘ and ‚Vespertine' both have some Irish-esque feels. The intro to ‚The Proud And Broken‘ gives the listener the picture of a piano somewhere in the middle of East Europe with a simple yet profound melody.“

How did the concept evolve that led to the album title and the quiet special lyrics?

„I was researching this Shadow on my own and found it fascinating. We married this with our love for Artificial Intelligence and what we feel is coming in the future.“ 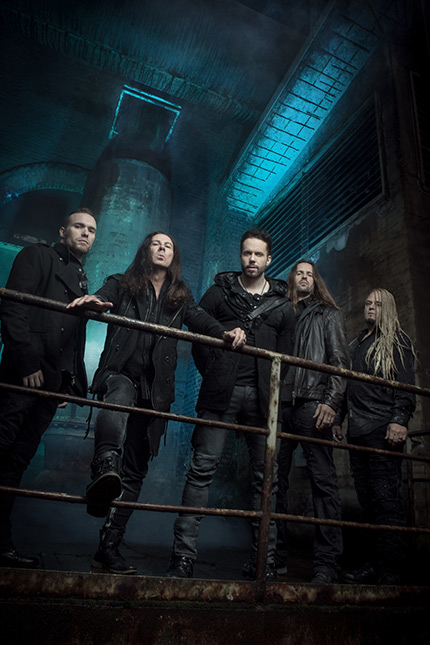 Be so kind and bring the main lyrical content of some new tracks a bit closer!

‚Burns To Embrace‘:
This song is closely connected to ‚The Proud And The Broken‘ as they are dealing with the same event seen from 2 different perspectives. Its about the earth we are leaving our children.

‚In Twilight Hours‘:
Written with Jennifer Haben’s voice in mind. The goal was to have it more like a musical piece than as a standard ballad. About the agony of regret and the importance of believing you can move through it. No matter how bad it is.

‚Kevlar Skin‘:
Very self reflecting lyrics. About having had a pattern of not wanting to be vulnerable but realizing that opening up is the only way to be able to love.“

‚Static‘:
A ‚your chaos matches my chaos‘ kind of thing. Nobody is perfect but there is someone perfect for everyone. We are all broken to some degree but that doesn´t make us less worthy of feeling affection.

‚Mindfall Remedy‘:
That only you can change yourself to the better and unlock your full potential. That everyone carries a shadow and the less it is embodied, the bigger and darker it gets.

‚Stories Unheard‘:
A song about embracing the short time we have on this earth. Written from the perspective of life itself.

‚The Proud And The Broken‘:
A 2 part song connected to ‚Burns To embrace‘. Really more of a moody piece of art than a song. Something for the more progressive loving fans.“

The songwriting process itself, what is to tell about in general? Experienced any up’s or down’s? Any changes to the past?

„No big hurdles to be honest. We always have to consider deadlines from the label, which pushes us to make hard decisions on the songs, mix etc.“

Who wrote the lion’s share of the new songs and how long was the work in total for all the material on „The Shadow Theory“?

„Most of writing is a combination of myself, Oliver, Sascha and Tommy. Tommy with most of the lyrics and we all discuss ideas behind the songs. It’s a great team and we all have a lot of fun working on these songs.“

I myself am a follower and fan since the debut „Eternity“ - therefore I am interested: what drives you mainly to play in Kamelot all these years?

„Wow! Thanks for the continuing on the long and exciting journey. I love this and have so many ideas to develop. The bands is still growing too, so I have to see it to its maximum. We are doing bigger and more tour than ever, its inspiring. Along with meeting incredible fans along the way.“