Last, they brought their faithful followers with the album „Silverthorn“ 2012 into a lasting Symphonic Metal ecstasy.

Experts know: only very few representatives of this stylistic spectrum act as emotionally as the formation from Tampa, Florida. And everything that could be experienced on „Silverthorn“ on highly outstanding features, Kamelot extended even further for the current successor „Haven“. 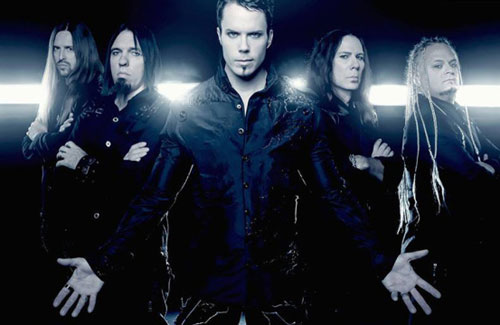 And it goes now also more in the width, how the cineastic-epic based, monumental sound of these fascinating beautiful hymns can impress.

Singer Tommy Karevik & Co. are daring to put their souls at risk - and win!

I am talking to guitarist Thomas Youngblood.

How do you feel now, after having finished these ultra-epic album release?

„We feel fantastic, lots of hard work but in the end the result is really something special.“

Would you name the music on the new release ‚typically Kamelot’?

„Yes, but with new elements. No two Kamelot albums sound the same. We worked very hard to create a classic album but also a record that will move the band into new heights.“

Please describe the main musical character of the new album with your very own words!

„We have strict criteria for every Kamelot album. With ‚Haven‘ its starts with making sure it has all the elements that are signature to Kamelot’s sound and style. In addition we must add some new twists and turns to the music and songs. With ‚Haven‘ we have that, with modern Metal elements, Folk and Industrial elements.“

What’s your very own personal view about the ‚artistic spirit‘ of the new album release? 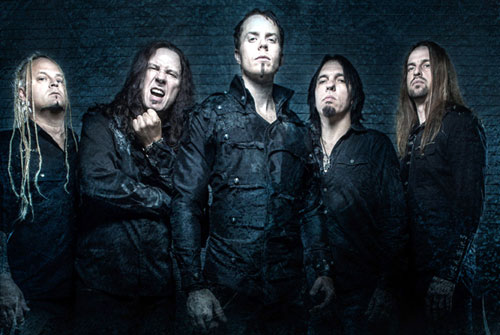 „It has serious highs and lows and will take the listener through all the human emotions. We draw from more internal stories on ‚Haven‘ than we did in the past with ‚Silverthorn‘. This also makes the album a bit more personal.“

Are there noteworthy (small) differences to the previous album(s), who are waiting now for the curious listeners?

„We wanted a more modern sound and mix. Bringing the guitars up a bit and a mastering approach that is more direct and in the face. At the same time, the sound is wide and spread as an epic landscape.“

Any special influences which led to the new Kamelot songs?

„We have been influence by the news, government issues and corporate take overs. The mood on ‚Haven‘ has a dystopic view of the world today and in the future.“

Be so kind and bring the lyrical core of the album a bit closer!

„We have songs that range from the way we treat the planet, to a story of two young lovers to a massive revolution. In the end we are sending a message of hope in this sea of despair.“

What is behind the album title „Haven“?

„‚Haven‘ is meant to be a place to escape your daily troubles. Whether you are a student with the pressures of school work or an executive, we all need a ‚Haven‘ to go to and find some solitude.“

Very epic but also quite complex and noble material was created again - how much time has the entire songwriting claimed?

„We started about a year ago, working on the basic ideas. Then I flew to Stuttgart to visit Oliver and start working on the basic framework for the first 7 songs. Then we sent this to Tommy and Sascha to work on vocals and arrangements. From that point more songs were written and after 8 intense months the album was finally complete.“

Some last words to the fans out there?

„Thanks for your support of Kamelot, we are sure ‚Haven‘ will be a great additional to your collection and we hope to see you on tour in 2015!“