So damn close to the majestically high-class Epic Doom Metal gigantism of the two eternal genre-icons Candlemass and Solitude Aeturnus was probably never a music group on earth.

But the top-class masters around guitarist and singer Christer offer the listeners this time, however, also vocals from the best. And underneath these are gloriously harmonious dual vocalizations of timeless graceful appearance, crowned by almost consuming choral passages.

In contrast to the previous tear-plate „Bliss Of Solitude“ namely the rough throat moments were almost completely reduced. And with the third fantastic doomsday-song „Nightfall“, the guys from Gävle managed to make even a real smash-hit this time. 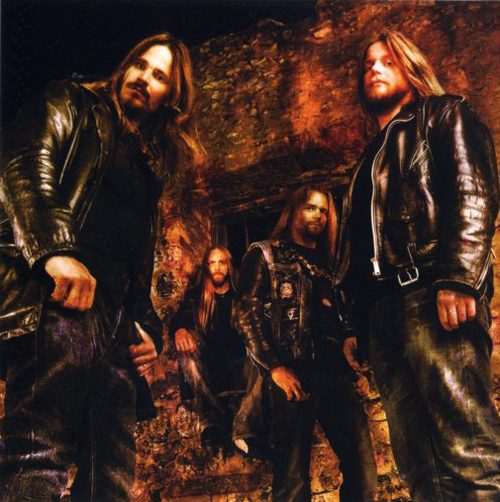 While, therefore, thousands of Metal protagonists in 2009 suffer from strikingly lack of ideas, the quartet prefers to enchant with sensational compositions. I talk to Bass player Henrik Lindenmo.

For me the new Isole album is a masterpiece – one of the very best outputs in the last years in the complete Doom Metal genre. What's your own view?

„Thank you so much for those kind words! To me, it’s our best album so far. The songs, the production, all is better than before.“

Which are your personal inner ruins?

„Loneliness. I often feel alone, even when I’m not. And that’s one thing I really don’t like.“

Do you have personally a deep connection to the timeless Candlemass creations, as they are so brilliant?

„Candlemass is one of my favourite bands and has been that since I was introduced to them by Daniel and Crister in the early 90s. Their latest album is brilliant as ever!“

What is behind the lyrics of the new album - a concept story?

„We had talked a little bit about doing sort of a concept album for a while. Therefore, I wrote the first part of a story about a person who wakes up in a dead and empty world. As he walks amongst the ruins and across the barren wastelands, he starts to remember, and suspects that he has caused the worlds demise. The story is about loneliness, fear, anguish. And regret. The story will continue on at least one more album.“

What you want to tell with the new lyrics?

„It differs. This time it’s a story, eh the first part of a story. Earlier we have written about loss, death, sorrow, longing and even a song about pollution. Often my lyrics are a bit abstract and for the listener to interpret for him/herself.“ 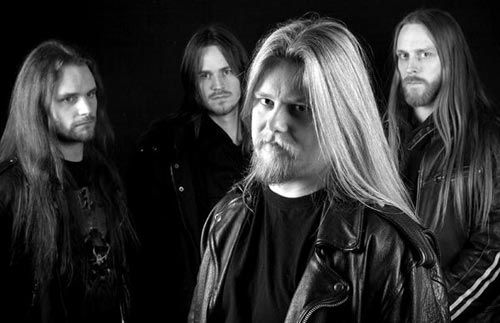 What is your opinion about the nowadays Metal bands which do nearly anything (even change the style of music) just to become popular?

„Well, if you change your music just to sell more albums, you are not true to yourself. I would never do such a thing.”

What do you think, why not many bands are able to play really good, emotional Doom Metal? Is it a question of the broad range of inner feelings?

„I don’t know. There aren’t that many doom metal bands around at all. The genre hasn’t been commercialized like death or black metal. Perhaps that has something to do with it? Personally I think that it is a good thing, because then we have been spared from all cheap clones who only are interested in money and fame.“

What's behind the new release and with which expectation(s) have you begun on writing music for it this time?

„When we had done “Bliss Of Solitude”, which is a very difficult and dark album, we wanted to do a more basic album again. More like our first two records. So we started to write music from those aspects. Two of the songs, “Hollow Shrine” and “Forlorn” were actually written for “Bliss”, but left off that one. Also the songs are perhaps a little bit faster on this one.“

Which things did influence you guys mostly for your new album „Silent Ruins“?

„Our desire to create music! After each album you do, there is always thing you are not pleased with. Things you could have done different. So each new album we record gives us the chance to improve ourselves.“ 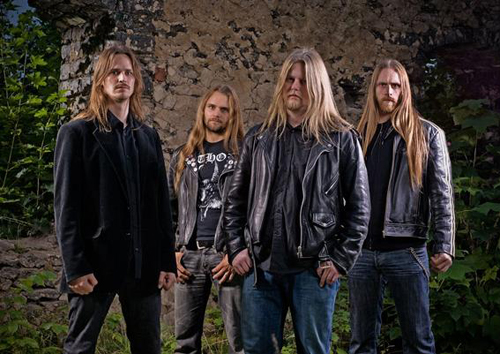 From where came the best ideas for your newest music?

„It mainly Daniel and Crister who writes the music, so I guess one of them should answer this question. But I guess that they have been writing this kind of music for such a long time now, so they have it in their backbone!“

Which is the main inner driving force in your creative heart to create such epic, dramatic and longing Doom Metal?

„Perhaps it’s the love for bands such as Candlemass, Iron Maiden, Bathory, Black Sabbath. They are all very epic at times and a great source of inspiration for us.“

„Yes. We are doing an appearance at Hammer Of Doom at the end of January. And then Up The Hammers in March. After that, we have a two-week tour in April. Check our website for details! Thanks a lot for the interview! Cheers!”

Which CDs are rotating mostly in your player?

„The last few days I’ve been listening to the new Kreator album. And right now when I write this, I listen to Summoning’s first album. Other than that anything by Bathory, Darkthrone, Candlemass, Iron Maiden, Rainbow’s first 3 albums. And Portrait and Enforcer! Brilliant new bands!“

What is your favourite, traditional drink from Sweden?

„Well, I prefer drinking beer. Or coffee. And julmust!”