With its fourth studio album „Blade Of Triumph” the Danes around singer Martin Steene prove that it‘s to count also further firmly with their heroic music.

The fit quintet created for this release eleven likewise vigorous and emphasized fine melodic Power Metal anthems, which come along with wide range epic. Guitarist Kirk Backarach sharpens the „Blade Of Triumph” for an interview conversation with Metalmessage.

Hey Kirk, have you been very busy lately with the work on the new album? 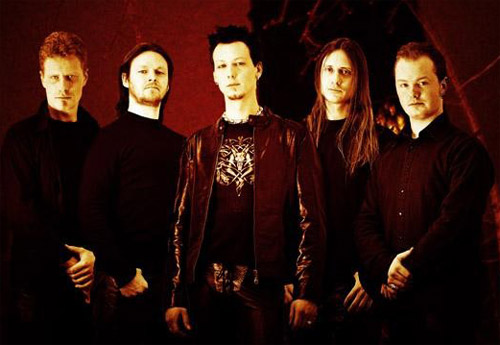 „The most work involved with an album, is the writing and recording part. All of that we finished off several months ago, so what remains for us, is to do an occasional interview here and there. Of course, right now the staff down at Napalm is working as hard as they can, to promote the album. At the moment we are about to start writing for a new album, and hopefully we will have a couple of songs ready, before we start touring some time this fall.”

What can you tell about the band chemistry among the involved ones currently?

„The chemistry within the band is absolutely brilliant – every body has their own thing to take care of. It relives a lot of pressure when work and responsibilities is divided amongst us and it keeps every body involved in the processes that takes place.”

Which specific circumstances and influences led again to such a high-quality and chosen musical style, as yours is? Which one is still your main focus in the music of Iron Fire?

„We have a mindset and a frame of thought that defines what the band is supposed to be all about. Fact of the matter is that when ever we release an album, the reviews that we get are filled with comparisons to bands like Helloween or HammerFall. That’s why we reckon that in order to meet these expectations, we need to have equally good production value, which is a bit of a hassle, since we don’t have anywhere near the same budgets as the other ones do.” 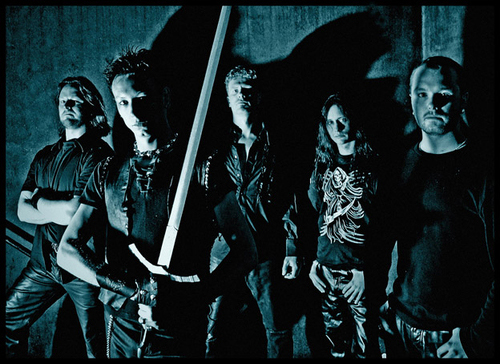 Which are the best songs on the new release to your mind?

„I don’t have any song in particular, that I think is better than the others. I think that all of the songs contained on the album share the same quality. When we play live though, one of my favourites is ,Bloodbath Of Knights‘, it is an up tempo piece with a lot of technical difficulties and it’s a lot of fun to play.”

Please give a resuming description of the composing process for your new songs!

„All the stuff that Steene has written, he has done from start to finish, with vocals and everything. Then he brings it down to the rehearsals and shows the rest of the band the riffs. Along with adapting them, we work out what the drums will be playing. Then I might add some melody lines on the guitar or turn some of the chord voicings upside down, and at last, to finish it off we add the guitar solos on top of that. With the songs I have written, I write the entire arrangement, record it and then I pass it on to Steene, for him to write the lyrics and outline the vocal lines. Then the process that I just described is repeated in the same manner.”

„When I write a song, I usually start by doodling around on the guitar. If I come up with something, I decide whether it will make for a chorus, an intro, a verse or what ever. Then I work from there, by filling in the missing pieces, till the whole structure of the song is completed, when this point is reached, I go on to create the melody lines, recording as I go along and finally a rough cut of the song is ready to be taken to the next step in the process.” 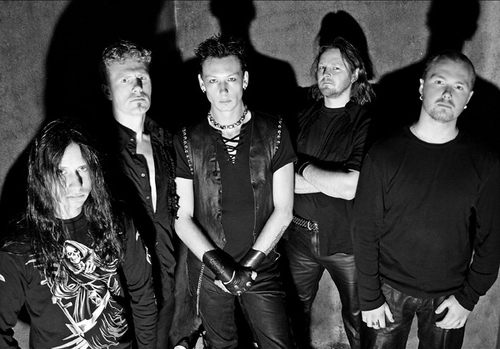 Which topics inspired and/or motivated you for the new album? Writers? Visual artists? Movies?

„I don’t know what Steene’s main personal inspirations are, but one thing is for sure, he is absolutely phenomenal at what he does. He is at any given time able come up with the most amazing stuff. So I guess that he must have a very vivid imagination.”

Please tell the readers the main lyrical content of the new tracks!

„The main theme throughout the songs is, the bravery of warriors battling / dying for something they believe in. When you put on an Iron Fire song, it should be like watching an adventure movie that lasts the duration time of the track.”

The cover art for „Blade Of Triumph” is mainly well done, but why the hell it had to be an futuristic looking warrior once more?

„,Revenge‘ was originally intended to be a concept album, based on a background story called ,The Saga Of Caine‘. Each song on the album has its relation to something that takes place within this storyline. When it was time to get the artwork for the cover done, we passed this concept along to Eric Philippe, who did the artwork for the album, for him to use as a source of inspiration. Unfortunately when the time for the release came, the background story got dumped, though, you can read it on our website. For the ,Blade Of Triumph‘ album we once again turned to Eric Philippe for the cover artwork and we specifically asked him to use the warrior from the ,Revenge‘ cover, to give the two albums a kind of a link between them.”

„Back from the very beginning I can name Accept, they have really been a great influence for me. From a bit later on Queensrÿche and Crimson Glory have also been very influential to what I’ve done. Most recently Nevermore, Nocturnal Rites and Kamelot have been something that I think is absolutely amazing. I think these bands have been greatly overlooked, compared to what else is on top of the charges nowadays. They really deserve a lot more credit for what they have done and brought to the genre.” 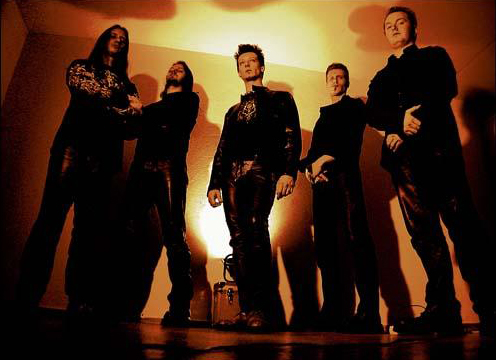 „It has only been a year since we’ve gone back into business, so at the moment we are in the phase of getting every thing into place. What we hope for is that in time, our record sales will have increased to a point where we further down the line will have a lot more opportunities to be touring and hopefully some time will be headlining our own tour.”

Did you played live many times in the past? Which was the most successful gig?

„At Easter time last year we did a small tour with English veterans Demon, it brought us a bit around Europe. Unfortunately the attendance at the different venues varied from less to pour. Never the less, this was the first tour that we’ve done so far and it was a lot fun, so I consider it to be a great success any way. Since then we have only done a few local gigs, last being as supporting act for Kamelot, to a sold out show.”

Which expectations do you have with Iron Fire when you look forward to the rest of 2007?

„I most certainly expect that we will be doing some more extensive touring this year. In fact we are at the moment negotiating with a management (Black Earth) that will be arranging the forth coming tour for us. As soon as there is further news about this, it will be posted on our official website: www.ironfire.dk - so stay tuned and hopefully we will be seeing you around sometime in the future.”