Founded 1997 in Copenhagen, Danish Melodic Black Metal specialists Illnath developed their music over the years to a very noble mixture, which contains the very best elements out of the whole Melodic Black Metal genre. 2001 the mini-album „Angelic Voices Calling” has been released, followed by the marvellous debut longplayer „Cast Into Fields Of Evil Pleasure”.

Uncountable changes in the line-up were not the only problems, through which the band had to go through furthermore. But luckily they never gave up. Illnath's second album „Second Skin of Harlequin” is now officially unleashed worldwide finally, and the Danish perfectionists did once more an excellent job. I‘ve talked to guitarist Pete.

Pete, have you been very busy lately with the work on the new album?

„We have been in a stupid drum-situation... The album has been delayed a little, but now our old/new drummer only need to record the drums and then we will make the mix. We've decided to write four new songs just to get Benjamin back in business.” 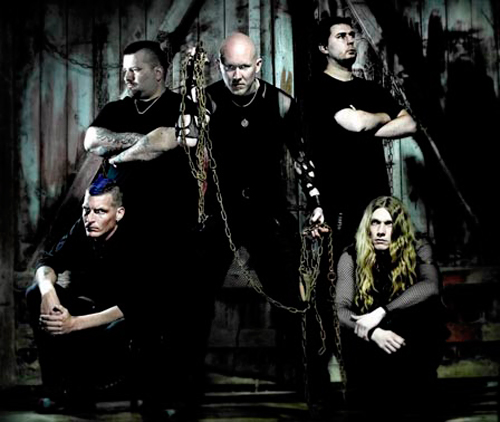 Are you satisfied completely with „Second Skin Of Harlequin”?

„We are very satisfied with the songs and think that we found a really "special" sound, but the album was recorded three years ago so we could have done a lot of things different and even better... There will always be something you would like to make better!“

Which one is still your main artistic focus in the music of Illnath?

„The main artistic focus of Illnath is and will always be melodies. My songwriting is building up on melody and understandable arrangements.”

What can you tell me about the chemistry between the involved ones currently? As usual in Illnath – line-up news?

„The band is like a family. We have a new bass-player since the recording of "Second Skin Of Harlequin" – Kenneth is very skilled and a very nice guy too. He plays the Steve Harris style. Benjamin our former drummer has returned and we feel like this is the best line-up ever.”

The sophisticated frontcover art for „Second Skin Of Harlequin” is awesome! Who did it? What can you tell about in general?

„It's a guy from Austria called Dead-dreamer. He's real name is William Steiner. We have worked with him since our first release "Angelic Voices Calling". We just gave him a title and the lyrics and then we get the previews and decided about.” 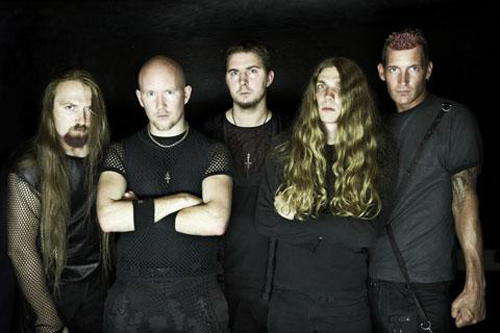 I gave you guys a 10/10 score – but how good have been the press feedbacks for „Second Skin Of Harlequin” so far?

„So far it has been fantastic. I was so surprised since the recordings are three years old. People love the album. I've only seen one review with the vote 1,5/5, that was a Finnish zine so I really did'nt understand the words. In Denmark the reviews have been very good too and that´s very surprising since Black Metal is'nt that much "in" up here.”

Which are the main differences of the current album to the previous Illnath release?

„This album is maybe a little bit slower and more grooving. The old stuff was more aggressive and black ... I think we have been better musicians too and "Second Skin Of Harlequin" shows a band with a grown up attitude.”

At the time, which topics inspired and/or motivated you for the new album? Writers? Visual artists? Movies?

„We make music we like and have a lot of influences. Gamma Ray, Mike Oldfield, Hammerfall, Dimmu Borgir, and The Kovenant are bands that I get inspiration from among others. I do not know about the lyrics. I think that our singer Narrenschiff reads a lot of books.“ 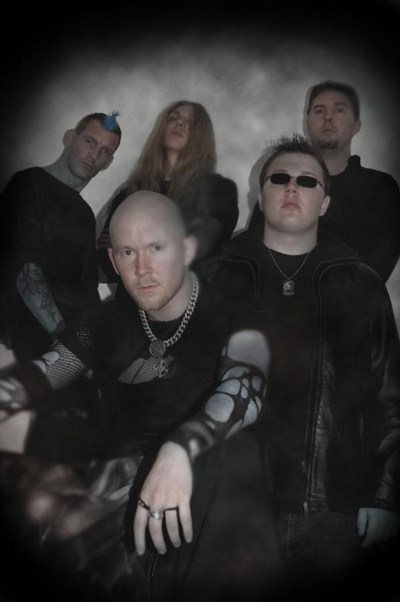 „It's usually me that having the ideas. I make a lot of the songs back home and then we work them out in the rehearsal room.. The direction comes to me naturally. I think I'm writing about 100 songs every year. But not all of them are killers.“

„I hope that Illnath will continue for many years and I think that we have a good chance to get far. I know that the music comes mostly from my ideas, but I hope and believe that the other guys will come up with ideas in the future as well. I believe that Illnath always will be a metal band, but I'm sure we will continue adding some new things to our music during the coming years.”

„My biggest love goes to my family, and of course to my music. Most loved band currently must be My Chemical Romance, argh. Are you surprised? Hehe. I love their melodies.“

„I always try to see the best in people. And I don't hate anybody. Most hated band currently must be "James Blunt" or how you spell it.”

Did you played live in the past? If yes, which was your most successful gig?

„We've been playing a lot of gigs... I think the best gig was in Poland... Can't remember what the place was called... But a lot of true Illnath fans showed up and kicked so much ass. We were support for Konkhra on that tour, but that night Illnath ruled.”

Worth to mention plans with Illnath for the future?

„It seems like our company Deathlight Records does a lot of work and promote us very well, so we hope to join a European-tour later this year and play some festivals as well. In the nearly future we're going to make a music-video with a song from our up-coming album. A song called "Ravenous Crowes".”