Bassist and singer Zarlack and his partner, guitarist and keyboardist Volmorth, better known as Hellebaard, were able to grab not less positive reviews in the music media with their debut album „Strijdkracht“.

Fascinating atmospheric and in places authentically ancient sounding, the warlike material pulls also with lots of nice sounding obscure moments quite quick in his pagan spell. Now the Dutch Pagan Black Metal duo enters the scene with the album successor „Valkyrenvlucht“ anew, which however, contains in an irritating manner compositional lengths.

Also, the programmed drum machine pulls hard on the nerves this time. Axeman Volmorth appreciates the current situation in Hellebaard however absolutely positively.

Please give a description of the composing and working process for the new album „Valkyrenvlucht“! 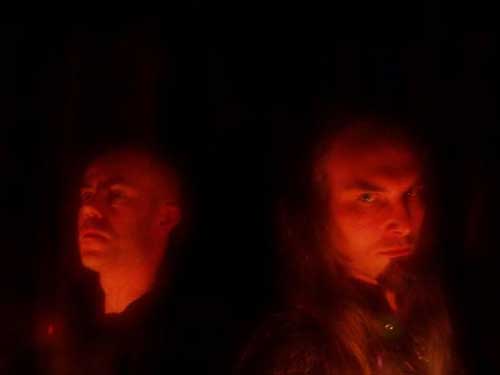 „About half a year after the release of our debut album "Strijdkracht" in Autumn 2004, we started writing and recording songs for the new album "Valkyrenvlucht". Usually I come up with some guitar riffs, some acoustic guitar or flute leads, or an orchestral arrangement, and make a basic arrangement. Then Zarlack adds drums and together we finalise the arrangement, after which I add guitar solo’s and other instruments like brass, choirs, violins or flute. When all these arrangements are finished, we start mixing. The basic mix we do together, the final mix I do on my own while Zarlack is working on the cover and inlay design.”

Which bands do you prefer to listen, from the glory older days until nowadays?

„We both are grown up with Metal and like a broad variety of Metal styles, ranging from old-school eighties Metal to Brutal Black Metal. Bands I personally like a lot are Darkthrone, Emperor, old Thrash like Celtic Frost and Sodom, Pagan bands as Bathory, Pagan Folk Metal bands like Primordial and Ambient Metal bands like Summoning. Traditional Celtic folk music and occasionally some heavy classical music like Wagner are also my favourites.”

How much satisfied are you with the result of the new release? Unfortunately I am not satisfied.

„We are very satisfied about the new album. The songs and production are better than our debut album. I am sorry to hear that you don’t like the new album that much.”

What do you think about the absolute nerv-killing drum computer on the new album? It´s so horrible monotonous programmed. A very bad result in my opinion. The whole atmosphere of the album has been killed by the over-represented drum-computer-rhythms.

„The drums are not different from the previous album. Working this way enables us to add celtic drums like a bodhran or orchestral drums like timpani to the music. Besides that, a lot of modern and commercial Metal recordings use drum triggering and quantisising which in our opinion does sound even more like a drum computer then the way we work.”

Which are still the most inspiring topics for you?

„Personally, the ancient and heathen history of the Netherlands still inspire me, together with the purity and bare essence of life in the middle-ages, and the way people lived in harmony with nature.” 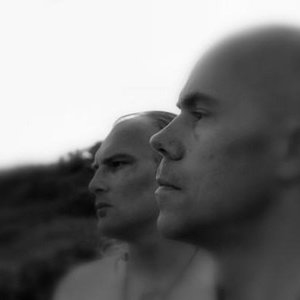 What are the necessary elements which make a Hellebaard song a good one?

„All Hellebaard songs contain Black Metal and folk or orchestral elements, and melodies which are hard to forget. I think that the combination of all this is what makes a Hellebaard song good and unique.”

Which are the best songs on the new album in your opinion?

„At the moment, Odin’s Mars and Heidens Bloed are my personal favourites. But this usually changes the more I listen to an album.”

Have you played live so far with Hellebaard?

„With Hellebaard we have never played live, and I don’t think Hellebaard will ever do. Without all the horns, flutes, choirs, bodhran, timpani and other orchestral instruments our music would loose its power. To get a band together and to have all these instruments on stage would consume too much time, effort and money. Working with synths would be an option, but that lacks the dynamics and visual impression of a complete band. Both Zarlack and I have played lots of live gigs with previous bands like In Ruins and Consolation, so whe have been there and done that.”

Regarding Pagan Metal in itself - what do you think of the works of other acts in that style?

„Pagan Metal bands like Bathory (RIP) and Primordial are still leading. Since the Black Metal scene is overwhelmed with bands, Pagan Metal is one of the few kinds of Metal which are growing. Some bands who used to play pure Black Metal are now adding Pagan Metal influences to their music, but it is obvious that this is not sincere.”

„I don’t. Zarlack does some designing stuff.”

„I would like to play some more acoustic and Celtic music, maybe in the style of the old Clannad, or maybe combined with ambient metal. This will not be with Hellebaard, as this is too far from our style, but probably within another band or project.”

„The future plans with Hellebaard are to have a break and then start writing songs for a new album. Besides Hellebaard, I will probably start with the Celtic thing I mentioned before. Zarlack is forming a doom metal band as a side project besides Hellebaard.”

Could you please close off with your own words?

„Thank you for this interview, and keep the pagan flame alive!”