For their sixth album „Vuur Van Verzet“, the Dutch Pagan Metal idealists expanded their repertoire even further, which manifests itself above all in the most sophisticated arrangements of polyphonic to choir-like men chants.

The latter was already made by the melodic fine-oriented power-sextet from Arnhem a long time ago to his own real trademark.

Even by means of appropriately decorating, deliberately inserted traditional folklore elements, the formation allows its followers to immerse themselves in a credible way in bygone times.

As one of the few vital survivors of the global boom that this genre experienced in the mid-1990s, Heidevolk are once again fully committed to their highly heroically accentuated fighter sounds, as Rowan Roodbaert states with a robust voice. The bassist joined the heathen horde in 2006.

Line-up - stable since the last album or do you have any news about? 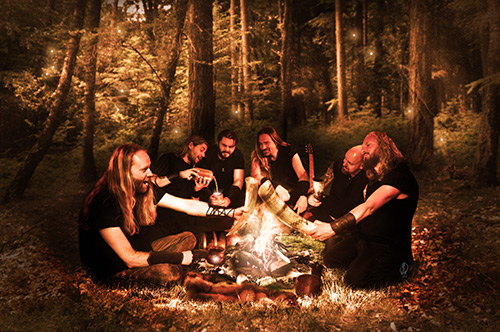 „After the release of ‚Velua’ three years ago 3 band members left because they couldn’t manage with work and family. Mark, Reamon and Kevin V are still part of our brotherhood but in the band, they are replaced by Jacco Buhnebeest, Kevin Storm and Koen Vuurdichter. With them we’ve played a 110 shows already which makes us quite a good team!“

Reviews for the last album - are you fully satisfied with the global press results and the fan-reactions for 2015 published „Velua“?

„‚Velua’ has been a step up, in press and fan reactions, so, yes. Definitely happy with it!“

How do you feel now, after having finished these new, truly outstanding collection of very good listenable Heidevolk songs?

„Firstly, thank you very much for the compliment. We’re happy with how it turned out. Every album should surpass the previous in some way and we feel we’ve done this with ‚Vuur Van Verzet‘. The songs are crafted the Heidevolk way but also bring something new and fresh to our sound.“

What is the most important for you on the newest full-length release of Heidevolk?

„The album perfectly reflects Heidevolk today. In the variety of songs you will hear an accumulation, or consolidation if you will, of our style. Even though there is a variety of songs it is also a concept album that will push you through the different stories and emotions. Its honest and has a voice of its own.“

The new album „Vuur Van Verzet“ sounds anew ‚own‘, ‚convinced‘, ‚summoning‘ … and sheer even more organic and absolute timeless - simply heroic-theatric Heidevolk’ish as the previous one … like a devoted meant praise of pagan cultural heritage and tradition … fits again perfect to the songs itself. A unique style, a brand of it’s own! Please report about the most relevant and interesting things about it!

„I think you described it in a fitting way. The album needs to stand and breath on its own and it has to make a point. With ‚Vuur Van Verzet' we’ve continued the musical path we started with ‚Velua‘. More ambition, more instruments, more layers but never ever drown the song with to much.“ 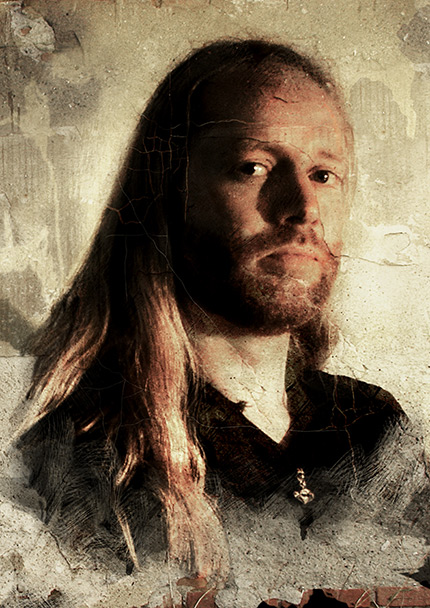 The often touching tearful as well as ‚triumphant’ male choir vocals - fitting one more time simply perfect to the material in each facet, as f.e. in the overwhelming hymn „The Alliance“.

Be so kind and tell about the development of the newest vocal work!

„Since I began writing music it was my dream to work with choir. We tried to do this with earlier albums but it was just not manageable. With this album I made it one of the ingredients so we had to search for a choir. I worked with a friend who sings in a choir and with our vocalist Jacco who is skilled in working with multiple layered vocals. Together we found a professional choir that was happy to work with us. They send out a request to their members and got 24 male singers within 24 hours. So they practiced for two weeks and did 7 songs in the studio. I’m really chuffed with the result of this endeavor.“

The new songs are arranged with so much love for perfect moods. What is to tell about?

„It has been a rollercoaster. I started composing the album in the summer of 2015, right after ‚Velua‘. I wrote a few basic parts then 2016 happened. A heavy year for me, my whole live got turned upside down. I worked in the songs but never finished any of them. On January 1st 2017 I found renewed energy to work on Heidevolk. I finished song after song and lyric after lyric. After that I invited the band members to join in and work on their own parts. Together we brought the album to a new level. I think that working for an extended time with different moods on the songs and then raising them to higher level with the other band members creates a lot of soul in these songs. Music and lyrics are tightly bound together and every composition was created with thought.“

Any other noteworthy (small) differences to the previous album(s) are waiting now for the curious listeners?

„Our goal was to improve the parts for every instrument and let the music mature to keep an organic sound with more complex structure and deeper layers. So guitar, bass, drums are more complex but fit tightly in the same groove. Vocals are less layered this time but we thickened them with extra vocals and choirs on the parts that need to be highlighted. We’ve also added a string quartet and various folk instruments like Nyckelharpa, Bouzouki and Celtic Harp. Next to this broader range of instruments we also put effort in the range of compositions. This time you’ll hear in-your-face Metal songs, proud hymns (even acapella) and folkloric soundscapes. Another difference worth mentioning are the guest vocals of Primordial’s Nemtheanga on ‚The Alliance‘. You should really check that out!“

What’s your very own personal view about the ‚deep inner core of meaning‘ of the new album?

„It is an album about resistance, about standing up for yourself and the ones you care about. About finding your home and belonging. Look at how the world repeatedly stands on the edge of disaster. Look at how masses are standing up and rebel against the yoke of their oppressors, look at how people are migrating continuously. This is not something from 21st century, this is history repeating itself. It is sad that we don’t learn from these historic events and make the same mistake over and over again. War an peace, oppression and resistance, chained and liberated. Humanity seems unable to escape this cycle. Open your eyes, cast off this burden. Breath the freedom until the grave!“ 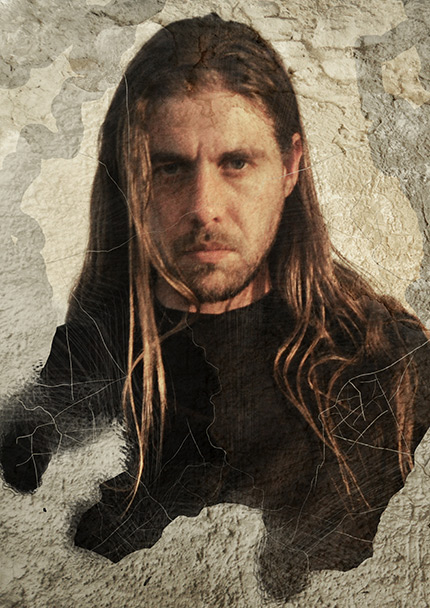 The new music of Heidevolk sounds extremely well rounded off, and highly emotional as well, but appears fully genuine on the whole line … what special kind(s) of emotions dominate these songs?

„Keeping in mind the answer of the question before. It is a mixture of fury and fire to fight but also disillusionment. But there is also pride and amazement for the older traditions.“

Which special, heathen visions are raising in your mind while rehearse and performing these new material?

„On this album I highlighted the story of Woden and the magic of the runes. I’ve used as a metaphor to an event in my own live. Woden was searching for the magic of the runes but when he sacrificed himself, when he stepped out of the way it appeared that the magic rested within him though he could no see. We need to self sacrifice before we can see because often we search for an answer outside of us though the answer might lie within us.“

Is it allowed to ask you about special musical influences which led to the new songs?

„Sure. Everybody knows that I like bands like Mötley Crew, Skid Row and Mr. Big but I’m also a huge fan of Classical music and Folk music. I also regularly listen to a lot of Metal bands. How this itterates into Heidevolk songs, thats a math question I don’t want to think about, haha!“

„Its the Fire of Resistance that burns within us.“

The songwriting process itself, what is to tell about in general? Experienced any up’s or down’s? Any changes to the past? Who wrote the lion’s share of the new songs and how long was the work in total for all the material?

„This album was written by me, both music and lyrics. The specific parts though were improved and worked on by our members. So basically I introduce a song and I ask every member to come over to my home studio and work on their part. This time I’ve worked a lot with Kevin Storm who is responsible for a lot of the guitar parts. During the pre-production he had his own bed, own coffee and own complaints about the cold in my home studio, haha. It has been a good process with an almost new team and it worked out fantastically.“

What drives you mainly to play in these sworn bunch of 100 percenters of musicians?

„I’m a musician in my heart. You’ll never find me happier than playing tunes on my instrument and entertaining the crowd.“