Constantly develop themselves as artists is the right of each serious working band in this world.

But to get on such way as outstanding qualitatively and wonderfully completed in style as these Dutch bullies currently are is denied to most musicians probably throughout whole life.

Heidevolk get to their uplifting song work on its brand new and fourth album „Batavi“ with such an stunning accuracy that one can rave there about a huge level. So what begun there in the eastern center of the Netherlands in Arnhem in 2002 as a bunch of boisterous and wild heathen metallians is now to experience as an absolute top troup in the area of Folk-, Viking- and Pagan Metal.

The contagious fervent sextet comes up additionally with a very enjoyable special feature: the two frontmen Joris Boghtdrincker and Mark Splintervuyscht sharing on „Batavi“ beguilingly heroic clear vocals which were arranged in fact such homogeneous that it strikes pleasant. 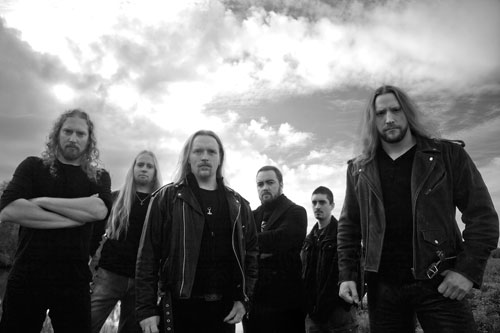 Hey Joris, how are you doing at the moment?

„Doing fine here, thank you! Recorded the new album, finished a new video and preparing to tour once again. No rest for the wicked! How are things on your side of the border?“

Everything is well here. Any line-up news about Heidevolk to report? I hope these time not!

„Hehehe, it’s becoming somewhat of a tradition isn’t it? For the moment we’re a five-piece, and we got Kevin Vruchtbaert as a second live guitarist. He joined us for the Heidenfest tour in 2010 and also did some guitar parts on ,Batavi‘.“

The new album „Batavi“, do appear new facets of your music on these release?

„It’s way more ‘Metal’ than anything we’ve done so far. Heavier guitars and more aggression, but still with the Heidevolk characteristics. You’ll notice the change in sound, the production is a lot meaner and brutal than before. We also did more choir vocals, which added some new dimensions and contrasts to our music.“

Some folks say, the big Pagan Metal Boom is over now. Your opinion?

„I think the hype may be over its peak but it remains a popular genre. I don’t think it has the impact or influence of Death or Black Metal, but like these styles Folk Metal has had a period of relative popularity. It’s a simple fact of life that these things don’t go on forever and it remains to be seen if it will remain mainstream or if it fades into obscurity over time. Either way: as long as there are relevant and original albums coming out, and there are dedicated people that truly appreciate the music in the crowds I’m more than happy.“ 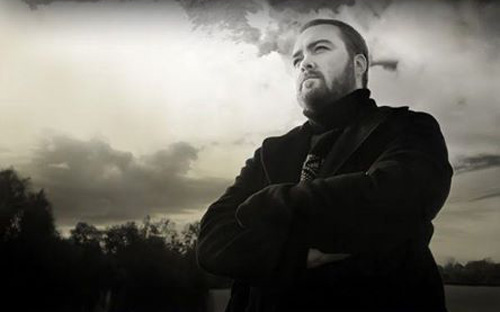 What can you do for the fans with your upcoming music that other candidates can‘t?

„The things that set us apart such as the dual clean male vocals, the Dutch lyrics and the topics we sing about are still there, but we deliver it in a more powerful way than ever before. I believe this album might also appeal more to people that haven’t been into Pagan/Folk Metal, as we’ve incorporated a lot more traditional Metal elements on it and the whole thing just sounds rougher.“

Please tell about your proudest own achievement on „Batavi“!

„I hate blowing my own horn, but I’m really happy with how the choir vocals turned out and the way the lyrics that I wrote fit in the music. To be honest I think all of the guys did a great job writing and recording their parts, this album feels like a big step forward in our development.“

How did develop the whole musical thing until that fine result?

„Before we started writing we decided we wanted this record to become a concept album, and we chose the early history of the Batavian tribe as the main subject. We started to do some research, and then we divided the story into nine chapters which would eventually become the nine songs on the album. We began writing music for each chapter, but after a while we switched to just writing music and deciding which part of the story it would fit in a later phase. In the end we got what we wanted: a coherent selection of songs, built around a solid concept.“

With which specific feelings has been done the main part of the songwriting?

„In general we tried to interpret the feeling the Batavian tribe had when facing their enemies and trying to survive in their turbulent era. We mainly tried to capture feelings like pride, determination, and aggression but the atmosphere varies per song.“ 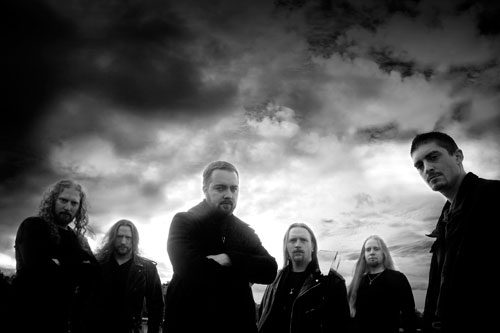 Can you remember about very difficult moments while the songwriting has been done?

„Yes, as always the rehearsal place turned into a warzone every now and then. We rehearse on Thursday evenings, and sometimes we’re just too tired from work to be creative or settle differences in a normal manner. Therefore we decided to do some extra creative sessions in the weekends, with a clear head. That worked wonders, it gave the writing process a tremendous impulse.“

Which were the most satisfying times in the process of the development for „Batavi“?

„It’s always exciting when you get this sudden feeling of what a song is going to sound like after we add drums and bass to riffs, and put vocal on it too. It’s great to hear how songs can develop, and the moment when you know a song is finished and it needs no more changes is always special. Normally all the songs are finished before we enter the studio, but recordings of the vocals were done in several weekends so we got the chance to think things over during the weekdays and come up with some extra layers.“

What meaning lies behind the conceptual background - can you bring the lyrical contents of the songs in a short manner here?

„The album deals with the early history of the Batavian tribe, from its inception in modern-day Hessen to the end of their eventual revolt against the Roman Empire in 70 CE. When the tribe was born they came to what is now the Netherlands, where they encountered the Romans. They allied with them and essentially became a buffer between the Empire and the Germanic tribes. Their fighting tactics and horse riding skills were famous, and they only paid taxes by supplying warriors for the Roman army. The bodyguards of emperor Nero existed almost exclusively of Batavians! As part of the Roman army they fought in Britannia, among other places. Eventually, they conspired with other tribes against Rome and led the revolt that broke out in 69 CE. The songs on Batavi describe these events, we included liner-notes with more specific information in the sleeve.“ 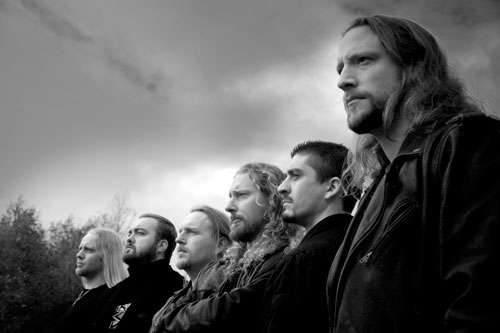 What are you still looking for in terms of development of Heidevolk's musical style?

„I’m really happy with how ,Batavi‘ turned out, and it has set the standard for the next record pretty high. After recording the video I consider the Batavi chapter finished now, and we can look to the future once again. Of course the aim is to always improve technically, and there’s several musical paths we can choose from here but it’s too early to choose one right now. First we have to recharge our creative batteries again, hehehe.“

What's your ideal song on „Batavi“ and why?

„I would say ,Als de dood weer naar ons lacht’ (,When death smiles at us again’) sums up our more aggressive sound on this record, and it deals with one of the most important moments in the Batavian history; the revolt itself.“

Regarding the studio topic - where the album has been recorded and are you fully satisfied with it‘s sound result?

„The drums were recorded in Peter Tägtgren’s Abyss Studio in Sweden, the rest we recorded in the studio of our sound tech Nico van Montfort in the town of Nijmegen. After that, Peter mixed everything together and we’re very enthusiastic about the final result. It was the first time Peter did Folk Metal, and he did a fantastic job. Before this album, our productions were more ‘hard rock’, but this time we got a full-blown ‘Metal’ sound. Hope we can work with him again in the future! Nico also did a splendid job, he’s the best guy to work with for me as a singer. He knows our sound, speaks his mind and pushes us to do the best we can!“

Your biggest hope for Heidevolk in 2012?

„I hope we get as much opportunities to play as possible, that the fans dig the album and that we can start writing new material as soon as possible!“