In summer 2003 some young Czech heathens have founded a Pagan Black Metal project called Heiden. Not long later in autumn it became a regular band.

In any way, this promising Pagan Metal act owns „something special“, there´s no single doubt about it. In August Heiden´s third studio album, titled „Era 2“ finally has been recorded and mastered. Guitarist Kverd is acting in the band also as vocalist, composer and lyricist. I catched him without any hesitation for a conversation.

Kverd, how are do you doing at the moment – longing for a trip in great environment?

„I´m fine. Yeah, trips in nature are wonderful, our boiohaemian woods keeps the keys of many secrets and gives many interesting visions to my eyes.“ 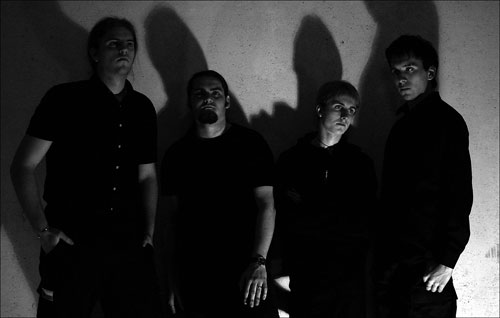 What do you think about sick mankind?

„I´m part of the „sick mankind“ so what can I say about that? It is impossible to live outside society and I must respect this. Life far away from mankind´s filth is only nice imagination, but reality is different. It makes me glad that I can escape from this through our music. Every of our records is some kind of „escape“.“

And what do you think about their more and more executed damage of our holy mother earth?

„World goes to its end. Some more words needed? No...“

Who did the logo of Heiden? Looks awesome!

„Our logo is designed by great artist Christophe Szpajdel. For us it is big honour, that he has made this wonderful work for us.“

Please describe me your attitude as a musician and in which life-philosophy do you believe!

„I think that „musician“ is too powerful word, hehe. I´m trying to create better and better songs presenting my thoughts, feelings and visions. I believe that if we will work hard, we can create something very special and unique. Every small step in advance is big satisfaction for us. And life philosophy? I believe, that everything in this world have some reason.“

„Weak people needs religion and forceful people know that very well. I think that it is very simple – many persons needs to be a part of something bigger. Be a member (sheep) of religion is easier way than trying to find answers in „inner space“.“ 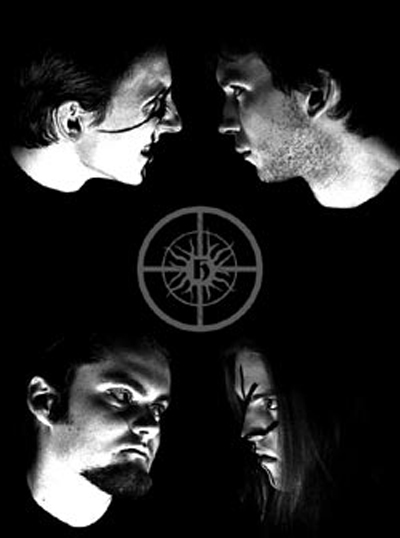 In my opinion the only god for rotten mankind is dirty money, since it has been invented. What´s your opinion about that topic?

„Yes I agree that the only god is good business, there are very good students of Economy in Vatican, hehe. But as Slayer says: „God hates us all“.“

How has been found the musical style of Heiden?

„I think that it is natural progression. In early days it was primitive ultra fast Black Metal with natural lyrics. Later was our sound enriched of more melodies and metal elements and now ve trying to play some kind of dark Metal music with lyrics full of my personal feelings and with touches of Celtic mythology. At the moment is really hard to describe our musical style, because it isn´t ordinary Pagan Metal, but it doesn´t matter – we just create and play our music.“

„I must say that everything in the band is ok, we are good friends and playing together is very enthusiastic and full of some kind of occultism. We really enjoy it. Finally after long time of searching we have bass-guitarist Kalanis and I think that our sound is much better than ever before.“

In which mood do you still feel the best creativeness?

„I think out many riffs when I training my guitar play. So creating music doesn´t depend on mood. But if I write a lyrics I really need a special mood. It´s very hard to describe it, but it is feeling similar to moonraking. When this feeling comes I now, that I can find good words for my lyrics.“

Please tell some musical influences, which led to your upcoming compositions!

„Oh, this is a very difficult guestion. I think that some inspiration is in ever music, which I´m listeng to. „Era 2“ is dark album full of personal experiences, but globaly I really love Enslaved, so maybe you can hear some influences in our music.“

Please describe the lyrical conception of the new release and please tell some lyrical influences!

`Ledarium` - is about dreadful change of world and about impossibility to live in this „place“.
`Blame` - as a title says - it´s about wringing of conscience.
`People Of North` - shows the end of one epoch and nation.
`Proxima Centauri` - it´s about craving for something very close but unattainable.
`Under The Iron Wings Of Stars` - abstract vision about ability to see one´s own fate.
`Everyone´s Fate` - Einskaldir´s lyric about journey to the other side.
`Night Wandering` - it´s about talking with my soul - very personal lyric.
`Land Of Tears` - it´s about drown in river under pressure of depresive reality. 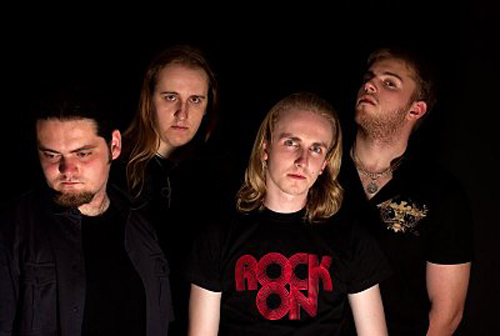 Complete lyrics translations are in progress. They will be placed on our web with the release of „Era 2“.“

How deep is your connection to the ancient mystical Czech tales and legends?

„Heiden is not connected with Czech mystical tales. Heiden is mainly about personal enjoyment and relations to Celtic mythology, not about concrete legends or something similar.“

What kind of things do you mainly do beside making music day by day?

„I´m trying to study chemistry on university – it takes me lot of time. Many time I spend with my girlfriend. Besides I do some graphic art (leaflets, webdesign, covers) mainly for Heiden. I like reading books, listening to music. It´s all.“

What contains a really good Heiden song in your opinion?

„It´s hard to say, but from my point of view, good song must contain good lyric, dynamic musical structure and according atmosphere.“

Do you like the other bands in that style?

„I really love Enslaved, as said before, besides I like Emperor, Moonspell, Satyricon, Rammstein, Arcturus, Ihsahn, Peccatum, Judas Priest, Arakain, Shaped Of Despair, Bathory and many many others.“ 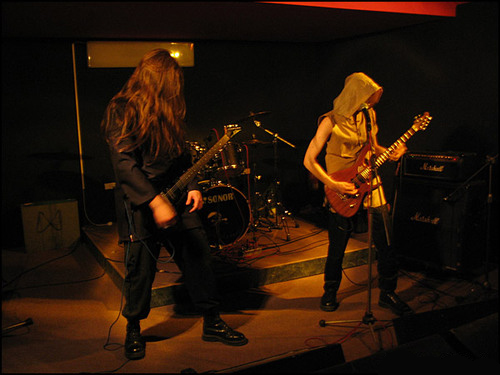 Have you been seen on stages with Heiden in 2006?

„Yes we played few gigs in Czech republic and one show in Vienna, together with Lunar Aurora, Sear Bliss, Dark Deception and Dismal. Now we will perform on Rock For Roots IV festival in Nauen and at 23th of September we are going to play in Prague.“

Which was your best gig? And what´s special of a show of Heiden?

„My dream is to play worldwide respected music, which will be strictly reflect my feelings and visions, it is finally my biggest temptation too, hehe.“

„Now we are going to find a good label for release our new album and, if it will be possible, introduce new material to listeners on some gigs. At the end I would like to thank you for the interview, hope you enjoyed it. Pagan Hails to you and Metalmessage!“