With the EP „Restoration“, released in 2014, the London Progressive Metal artists made it clear that they are still speedy on the fast track of their own development. This profound formation simply do not seem to know any creative boundaries.

And for the fourth album „Affinity“, singer Ross Jennings and his five capable musicians leaned their iridescent sound to the creative splendor of the genre of the 1980s.

I speak with guitarist and keyboarder Richard ,Hen‘ Henshall as well as with Ross. 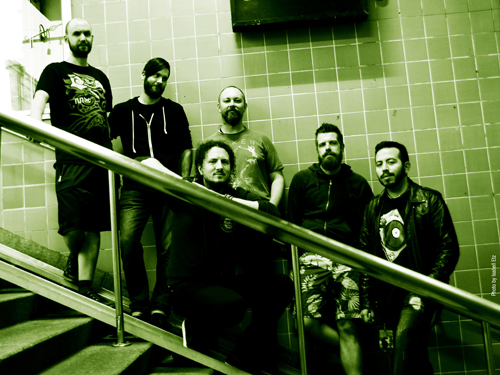 Wow, „Affinity“ is completely individual, there is simply no comparison possible!

Is this mainly because of the free-thinking minds in the band?

Hen: „Thanks a lot! It’s certainly hard to stand out these days with the sheer amount of amazing music out there! We try not to approach our composition process with the intention of being different as the result would ultimately be slightly dishonest. We just write what we want to hear and let that guide us. If we do stand out in any way, it will most certainly be down to the eclectic tastes of music we listen to within the band. Anything goes when it comes to what music we consume, and I think this is reflected in our music we create.“

How do you feel now, after having finished these new collection of outstanding emotional Progressive Metal songs?

Hen: „It feels great! We pour our hearts and souls into each record, so it always feels like we’ve been on an emotional journey by the end of the recording and writing process. It can get pretty intense by the end of a recording session, so I always like to take a little time away from the music to help decompress a little. Listening back to the tracks a few weeks later with fresh ears, after the dust has settled, is always such a rewarding experience. I couldn’t be happier with how these songs have turned out.“

What still counts most for you in making music with Haken?

Hen: „I always strive to make the creative process as enjoyable as possible as this is what essentially drew me to music in the first place. I also massively enjoy playing live with the Haken lads. Nothing quite beats looking into the crowd and seeing people digging the music we’ve created. These kind of live experiences certainly inspire me to keep creating music and pushing the band onto bigger and better things.“ 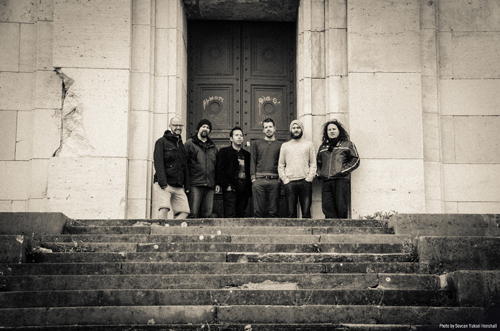 For which musical ideals does stand these new album release?

Ross: „Our musical ideal is never to repeat what we've done before, always to evolve and push the boundaries of our sound, with some left turns along the way. We didn't want to put out another Cockroach King! At the same time we find ourselves respecting our elders and paying homage to those who have influenced us. This time we tip our hats and reflection what was good about the 80s.“

Ross: „‘Affinity’ is essentially the lost cassette recording of the Rocky IV soundtrack featuring Tool, Meshuggah, Toto and Yes which has been dug up from the ashes in the year 2112 and played at a nightclub in Ibiza during the apocalypse.“

Which noteworthy differences to the previous album(s) are waiting now for the curious listeners on „Affinity“?

Ross: „Keyboards and electronic sounds play a major role on this record. Diego has really gone to town producing original sound design. People often overlook how much time and effort is spent refining the details. We have brought back growled vocals provided by guest vocalist, Leprous's Einar Solberg which will please the Metalheads! On the same record we've probably released our most euphoric and serene ballad. This may be our most eclectic collection of songs yet.“

The album sounds crystal clear and often times very complex, too … fits perfect to the songwriting itself. What was your way of doing it? 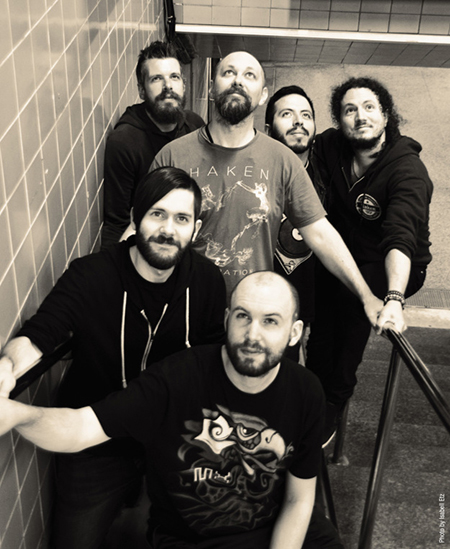 Hen: „Our understanding of recording, editing and production techniques is always improving with each release. Each of us spent a great deal of time crafting our sounds for this one, and have tried to make the sonic pallet as eclectic as possible. Regarding the mix, we asked Jens Bogren to take care of this for us. He always seems to have an intuitive understanding of how we want the record to sound without us even mentioning it. Our music tends to have many layers and requires a defined and clear mix in order to hear each individual part. Jens achieved this with better results than we could have hoped for. He always does an amazing of handling the dynamics in our music, but I feel he has really excelled himself on this one!“

How long has the songwriting for the new material lasted?

Hen: „It turned out to be a fairly lengthy process! We began sharing ideas at the end of 2014 when we were on tour with Leprous, and have been gradually building these ideas in the pockets of free time we get between working and touring. We even resorted to writing part of it in the tour van during the Between The Buried And Me tour in September last year, which was a new experience for us! Naturally, our day jobs consume a lot of our time, so we can’t always be as efficient as we want to be. In time to come, when we can alleviate these work hours, I’m sure writing an album will become a lot more fluent. Thankfully, we live in an age where we can share and record ideas with great ease, which has most certainly facilitated the whole creative process for us.“

Who of you wrote most of the new songs?

Hen: „We took a different approach with the composition of this album. In the past, I took care of the main writing duties when it came to the music, but with ‘Affinity’ we decided to make it a lot more collaborative and each shared ideas from the outset. There’s a piece of each of our personality in this one, which I really feel this has helped give the album an fresh flavour.“

The often times very clever arranged vocals fitting simply perfect to the material in each facet. Pls. tell us about it.

Ross: „I spend a lot of time ensuring vocals and lyrics seamlessly integrate with the music. Generally the accompaniment and main themes or melody lines are written first so it is often hard work to select words that work phonetically and harmonically. It is also a welcome challenge to construct sentences from the syllables to work rhythmically and create overall meaning at the same time. It really is an art, like sculpture.“ 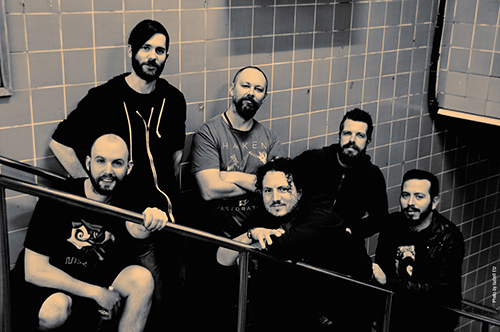 The catchy contrasting structures of melodies are a main part of the extremely well balanced material - how much importance the melodies have for Haken?

Ross: „Melody is everything. Without a strong hook a piece of music runs the risk of becoming forgettable. We relish in the fact that we have the ability to shift between styles but on this record we have tried to remain focussed, without going off on too many random tangents like we have done on earlier records just for the sake of being 'prog'. This album has centered more around recurring themes and recurring rhythms.“

Please report about the time in the studio and tell a few relevant facts about it!

Ross: „Aside from the fun we had putting the initial demos together, there ended up being a lot of back and forth over emails to fine tune those demos, which became a frustrating process toward the end. You can imagine with 6 very strongly opinionated musicians it is often difficult to reach decisions to satisfy everyone, but we got there in the end. For the final recordings most of the parts were tracked in our own mini home studios while Drums and Vocals were recorded in professional studios in London. We worked right up untilChristmas day to finish the project so it was a real relief to have it all wrapped up and start the new year on a positive note, with a completed album we were all proud of. Hard work pays its dues.“