With their fourth album „Innocence & Decadence“, the Swedes penetrate even deeper into the bluesy smoky cosmos of the Psychedelic Rock of the late 1960s.

The band around singer and guitarist Joakim ,Jocke‘ Nilsson, is as intimate and devoted as only a few do. The impressive soulful, but at the same time completely wanted and authentic sounding composition of their vintage art covers again a variety of discreetly hard music. 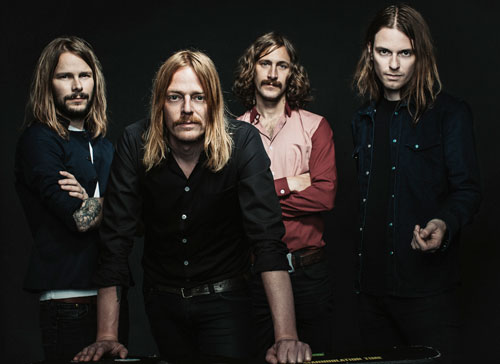 It remains a secret what the four stoic nostalgics recorded with the producers Janne Hansson and Johan Lindström at the Atlantis Studios in Stockholm.

On the other hand the whole thing was taken with a lot of love for the detail.

How do you feel now, after having finished these new collection of songs?

„Very pleased with the album and happy to be back on the road soon with the new material.“

Would you name the music on the new release as typically for Graveyard?

„Absolutely! Like all Graveyard albums a bit different from the last but still as good. Also I think Jocke’s singing is just getting better and better.“

Be so kind and describe the main musical character of the new album with your own words!

„I think the music sound quite hard and raw and bluesy. Sometimes mellow sometimes very intense. The lyrics may be a little bit more introspective, dealing with relationships and personal stuff.“

For which musical ideals stands the new release?

„We recorded the songs more or less live in the studio. The recording is a bit like a photograph of something that happened there and then. I guess that was a ideal we reached for. That live feel.“

What’s your very own personal view about the ‚artistic spirit‘ of the new album?

„Graveyard has always ( as far as I'm concerned ) tried to maintain a spirit of togetherness. Sharing songwriting, doing it all together rather than having a leader who make decisions for others. A lot of the artistic spirit lies in that.“ 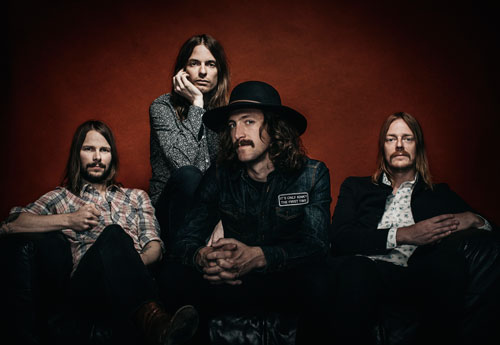 Which other noteworthy differences to the previous album(s) of Graveyard are waiting now for the curious listeners?

„You will probably notice a change in lyrical topics as well as a tonal difference in the guitar sound since we switched to Marshall combo amps.“

Are there any special musical influences to mention, that have been processed in your latest songs?

„For me at least it's very hard to say. I think most our influences are not entirely from listening to music but a lot comes from our selves and people around us and from the big picture of personal and shared experiences.“

Please tell a bit about the main lyrical content of the new material!

„Like I said. A lot of it deals with personal things. Relationships and introspections. Still there's a few on political issues as we’ll.“

Which special contrast is meant with the album’s title „Innocence & Decadence“?

„I guess I has to do with looking back at all the year the band has been together, all the phases and ups and downs it's been through and somehow seeing the present and a possible future in that.“

Much in the great spirit of the ever attractive 60s , but also pretty catchy and vintage-like material has been created anew - how much time took the complete songwriting?

„The band took almost a year off from touring and focused on writing the record. So I guess about a year but of course some ideas and riffs been around for longer than that.“

Some words to the fans and new listeners out there?

„Enjoy the record and come see us live if we happen to pass by.“