A pretty raw delivered, but delicious done piece of primitive Norwegian Black Metal we have here. Gjenferdsel are hailing from the nice city Bergen, which is also known as the base of famous hordes as Immortal and Enslaved.

Their story began back in the summer of 2002, one and half a year later Gjenferdsel unleashed a first demo with the title „Det Kom Et Skip Til Björgvin…”. After as usual changes in the line-up instead of making a planned second demo, the band was signed on German label Ketzer Records for a record-deal. Result is their mighty debut album „I”, which contains Nordic Black Metal, how it was meant to be played once and which tells mostly stories about Gjenferdsel´s home-country and -nature. Guitarist Iudex handles also the vocals – I met these arch-pagan soul high on the hills.

Iudex, how are you doing at the moment – longing for a trip in great environment and the mountains of Norway?

„As Norway is cold and snowy as we speak, I'm not longing for a trip at the moment. But yes, I'm really looking forward to the summer. This is definitely the best and most beautiful time of year to wander in the mountains of Norway.” 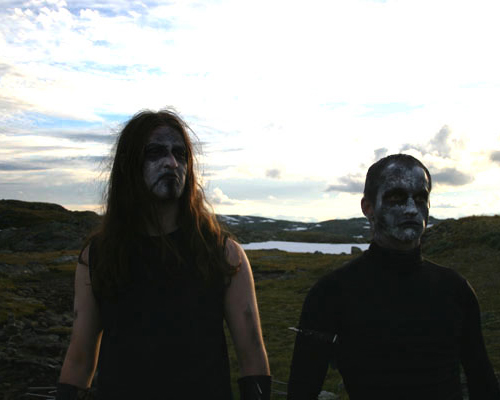 „It's quite good! We are all pleased with what we have achieved till now, and really looking forward for what future is bringing.“

What does mean the band name Gjenferdsel?

„I have always been more or less interested in my origin and my ancestors and their pagan belief. By studying our origin I think we may learn a lot about ourselves. And to be said, I'm also interested in history and culture in general. Not necessarily the Nordic one.”

Why do you guys pose with a national flag of Norway?

„Because we are proud of our country and its history, and to let people know that we are from Norway. I'm a national-romantic kind of person and I think our flag and our beautiful nature go very well together. Unfortunately a lot of people do think that this has to do with political views, and that's something we don't want to be associated with.”

„I'm not that fond of mankind to be honest. People of today’s society are like robots programmed for self-destruction. Nobody have their own thoughts, beliefs or opinions. They are all being filled up by society and the government. There is no difference between days, and we are all caught up into this hell – racing for money and success.”

And what do you think about their more and more executed damage of our holy mother earth?

„Of course their own self-destruction isn’t enough. The earth also have to suffer humans greediness. This topic is actually the lyrical concept of our song entitled Thurs. The song is about Ragnarok – the last day on earth. And everything is dead except one single tree that is standing untouched as a symbol of the power of nature.” 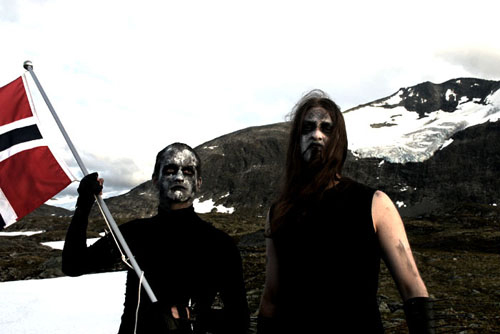 Please describe me your attitude as a musician and in which life-philosophy do you believe!

„As a musician I think I have a splitted attitude. I both like brutal music and more melodic and beautiful music. And I think that the mixture of this is what creates the atmosphere of Gjenferdsel. About my life-philosophy I live as a realist. Nothing is certain until it is proven, but at the same time I try to be open-minded about what hasn’t been proved yet.”

„I’m not that fond of religions. I don’t belong to a religion myself, but at the same time I respect the view of each individual as long as they don’t try to force anything upon me. But I’m against all kinds of brainwashing, organized and missionary religions.”

In my opinion the only god for rotten mankind is dirty money, since it has been invented. What´s your opinion, regarding these topic?

„Of course money is one of the biggest enemies of the mankind. But at the same time I think it’s too late to reverse this. If we didn’t use the economic system as we know it today, I think society would collapse and people would completely give a shit.”

How the musical style of Gjenferdsel has been found by you guys?

„I think the musical style and sound of Gjenferdsel actually was founded even before the band was founded. But of course the sound is always evolving, and I think it have evolved some after the current members joined the band.” 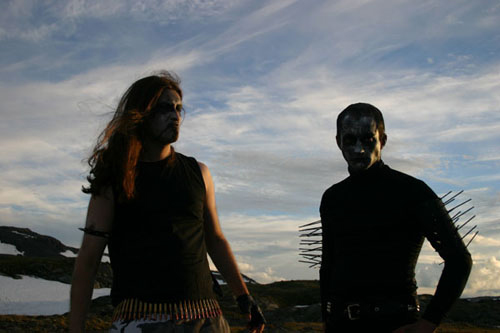 In which special mood(s) do you feel the best creativeness?

„My best creative state is definitely in the night when everything is quiet. I’m also creative when I meet obstacles in my life, or when I’m having a hard time personally.”

Please tell me some musical influences for your compositions!

„The musical influences of Gjenferdsel are actually pretty broad. There is everything from old Folk-tunes, classical music etc. to all kinds of Metal genres. Of course I’m greatly influenced by the old Norwegian Black Metal scene, but there are so many different influences that makes the sound of Gjenferdsel.”

Please describe the readers the lyrical conception of your release and tell me some lyrical influences!

„The most important theme for our lyrical concept is definitely individualism. The plot is usually based on Norse mythology and ancient culture of Norway, but the concept represents your own self, and that you should have faith in yourself and not let anyone stand in your way!”

„I work a lot. I sell music at my internet record store Black Forest Records (www.blackforest.no) and I also write for the Norwegian Metal webzine Beat The Blizzard (www.beattheblizzard.com). And sometime when I have some spare time I have a trip in our beautiful nature for inspiration.” 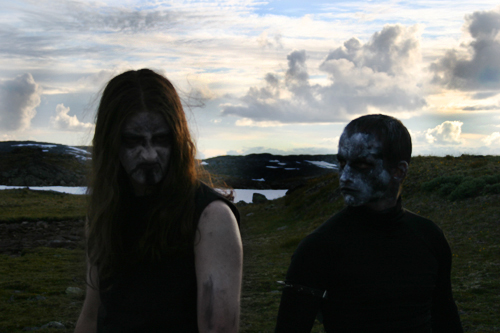 Do you like other bands in your style category? Please tell me your favourized bands, to which you listen to!

„At the moment I'm listening to a lot of Metal from Eastern Europe. Like for example Mgla from Poland, Trollech from Czech Republic and Drudkh. We also have some good bands in Norway at the moment, like for example Kampfar and Elite. Two splendid bands!”

„Yes, we played three gigs in 2006. We played two local concerts, and we also played one concert in Trondheim together with Elite and Repent.”

Which was your best gig?

„Definitely our latest one in Trondheim. It was a very good experience for us, and I think we evolved after this gig. It was really good to finally play for the correct audience. And the arrangers at Zone did a very good job!”

What´s special at a show of Gjenferdsel?

What are your plans for the future?

„Right now we’re just been announced for the German festival called Walpurgis Metal Days. This is a two days festival, and we will be playing there on Saturday! We’re are also making songs for our next album! So keep visiting our website – things will happen there.”