In October 2012 they've released their debut album „Haunting Remains”, which shows a very fine example for high quality in this broad genre. Because Ahonen´s absolute noble guitar work and his amazing solos are of the magnificent kind, I got immediately in touch with this very skilful artist.

Hey Pete, how do you doing at the moment?

„Well Markus, things are just great! I hope, you´re doing fine also! Although there were one minor set back. We were asked to do some tour dates in Europe with Helloween but, unfortunately due to the different things we were force to say no to that tour. But, believe me, we`re very disappointed that we weren`t able to go to that tour! Who wouldn`t be? Helloween rocks! Right now I am waiting for the confirmation about the tour dates here in Finland, so... I wrote some new songs for the Ghost Machinery and we have recorded few of the songs as demo-versions too. I`ve been busy with my other band, writing new stuff etc. and we also just opened our new website, www.brnpoint.com there are few samples (demo versions) of the new songs etc, check it out! Also I have to unveil a bit a little secret... I have another project going on, we just finished our three track demo CD... There are some familiar names in the project. We`ll have to do the official press release so you guys can see the news about that. We don`t have a record contract yet... So, I`ve been a little busy, hehe!” 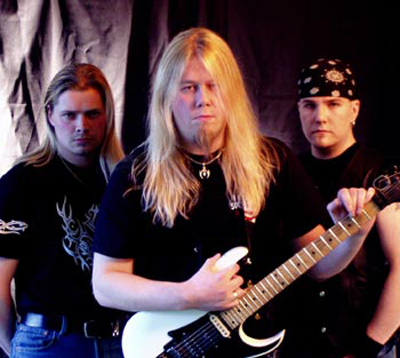 Please describe the area of your hometown a bit!

„It`s basically right in the middle of Finland. Hmm, what can I say about the area... University town, Nokia mobile phones are from Oulu... This town is often described as a "little, big town"”

What kind of things are mainly interesting for you besides making music day by day?

„I still have a day job, I watch movies and I listen to a lot of music, hanging out with my friends and from time to time go to the bars to drink and have a good time.”

Are you satisfied with the work of Sound Riot Records for your band so far? Regarding me, I wrote them several times over a whole year, to get the Ghost Machinery promo; without any results.

„Oh, really? I didn`t know that... Well, next time write to me! They`re up and rising a new label, so, to keep that in mind, we`re pretty happy with their work. I think that in the future they can do much better as can we do, too. But they are pretty cool guys, we like them a lot.”

Please describe your development as a musician! Do you begun already to play as a child?

„I started with drums when I was ten years or so... Somewhere at the ages of 12 – 13, I discovered the guitar and here we are.”

You wrote all the music for the debut album. From where do you take all these magnificent melodies and composing ideas?

„They just pop in to my head. But, without our bass player, Tapsa Pelkonen and the drummer and keyboardist Jussi Ontero, the album would not sound this great!”

In which moods do you feel your own best creativeness?

„I have tried to analyze that but, there is not a one single "mood"... Maybe the best mood to write lyrics is when I`m pissed off with the peoples and the world!” 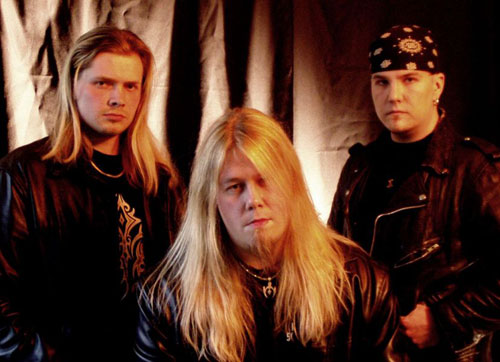 The debut album was produced by Ghost Machinery itself, and the result is great to my mind. How did you guys manage this overwhelming result of sound?

„Thanks man. Although now, we find lots of things that we can improve to the second album, we`re very happy with the result, too. I don`t know exactly how we did it, it was a sum of lots of different pieces.”

Please tell me some influences – musical and lyrical – for your compositions on „Haunting Remains”!

„I don`t know, maybe you can hear those AOR influences there, Europe, Foreigner, Bon Jovi etc. and of course some 80`s Metal combined with modern Metal. Ghost Machinery is a mixture of those elements. I don`t have any lyrical influences, I like lots of different kinds of lyrics.“

Please describe the readers the lyrical conception of „Haunting Remains”!

„The lyrics are true stories from my life and the peoples lifes that are somehow near me.”

Why Gary Moore´s „Out In The Fields“ was chosen as a cover song on „Haunting Remains”? And how did happen the contact with Sentenced singer Ville Laihiala for that track?

„We did a version of this song with Burning Point in our "Salvation By Fire" recording sessions but, I wasn`t happy with that and we decided to drop it off from the album. As we were putting this whole Ghost Machinery concept together I remembered that song. I asked the other guys would they be interested to give it a try. Well, I have known Ville for years so I just thought that it would be very cool if he would sing those "Lynott" parts, hehe. He immediately loved the idea. He is a very professional musician and very nice dude.“ 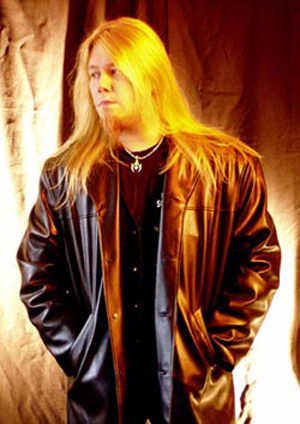 How much a week do you rehearse?

„We try to rehearse at least two times a week but, right now everybody`s busy doing all kinds of stuff so at the moment there is a pause in rehearsals.”

„I am not much of a beer drinker... of course in the end, I drink everything with alcohol in it, hehe!”

Please tell us your favourite bands, to which you listen to!

When we will get the next album of Ghost Machinery? In which direction your music will go?

„As I mentioned we have recorded some demo versions of the new material and I am constantly writing a new songs. I think that we start recordings within a month or two? Which direction it will go... Hmm, there are same elements as there is in our debut album but, I think there will be a bit heavier stuff also and maybe a bit more aggressive songs. Keep checking our webpages: www.ghostmachinery.com“

Did you play live so far?

„Yes, we have done few shows and the reaction has been awesome! Crowd just loved us, it was great! We really love to play live!”

Which is your biggest dream as a musician?

„I tend to take it day by day and I think that from the day one everything has been a dream come true. Of course, it would be great if millions of peoples could hear my music... and also, if they would buy the album, too, hehe! Thanks a lot, Markus, for this interview, it was a pleasure to do!”