Respective the fact, that the southern California Pop Punk Rockers have not published an album since 2003, their new disc „Now Is What Matters Now“ sounds amazingly fresh.

Moreover, the new songs of the guaranteed no-trend band, which is active since 1990, spraying a massive load of really good mood. With it the seamlessly to the own past subsequenting US quartet brings a fierce positivism to radiation, which gets rapidly contagious.

2012 the members found together again at last on musically and human level, to remember easy, how important their songs to them really are. Singer und guitarist Jeff Caudill brings more light into „Now Is What Matters Now“. 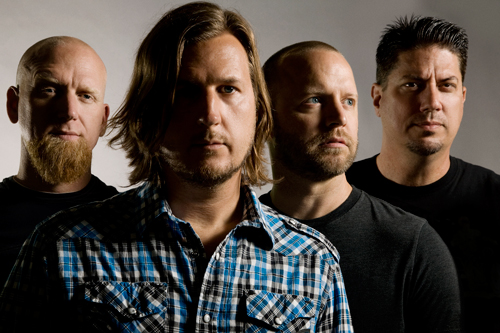 Hey Jeff, after more than 10 years a return… please bring it closer to the readers!

„I can't believe it's been a decade! But I don't think we could have reunited any sooner. All that time away really gave us perspective. I don't think we fully understood the reasons we had to break up in 2003 and it took us a long time to even talk about it. We had to put all that to rest before we could pick up our instruments and really move forward. Now we're all back on the same page and we all have the same expectations. That's important because that was one thing that destroyed us before. We're very fortunate to even have this opportunity at all so our only real goal is to make great music again. This band means a lot to us. It's really a gift to have it back in our lives.“

You guys do have a outspoken faible for a decent dosage of real emotions in your songs, isn't?

„That's the only way I know. I write songs to express myself, but more importantly to relate to others. I listen to music for encouragement and support. The best thing that can happen with our music is to connect with people.“ 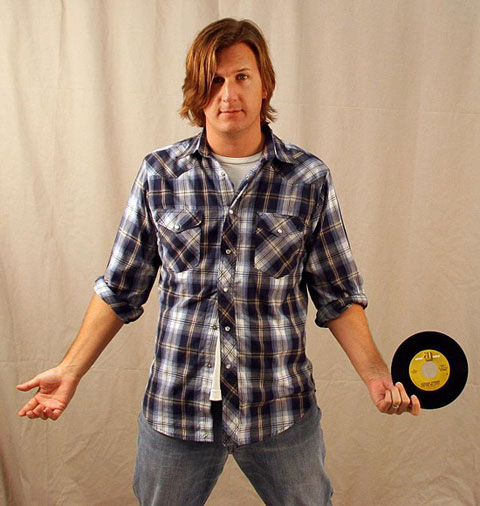 „I wanted to write an album that was aggressive yet uplifting. The songs are very melodic - probably some of the more memorable stuff we've ever done. But it's also the heaviest album we've made. I know it's not heavy by new metal standards but for four old Southern California punks, it's got the right amount of everything. I have told people that it musically rivals our 'Every Last Time' album which was probably our most successful record.“

Please describe what stands behind the album's title.

„The big theme of this album is to recognize your opportunities and not let them slip away. As I get older I am more aware of the limited time that we have in our lives. The title of the album 'Now is What Matters Now' and that has never been more true for us.“

Please report about the main content in general of the newest lyrics! Daily life issues?

„I always write about my life. There were many highs and lows throughout the past year. I was happy to be back with my old friends in Gameface and I felt fortunate for that but I was also dealing with losing my father to lung cancer. Everything was bittersweet and I think it came through in the songs. The good times felt more precious, and the bad times hurt a little more.“

„Lyrically, 'Now' is my favorite one. The words are very visual. It says everything I want to say about where I am in my life.“

„I think the writing process took almost a year. There was no reason to rush. I wrote just about everything, words and music. Guy came in with a really cool song, 'Save Your Words'. He had a vocal melody and everything. I just threw down some lyrics and an instrumental bridge and it was done. The other collaboration was with my 9 year old daughter. She plays piano and writes her own songs. I heard her playing a really cool progression one day and I say down next to her with my guitar. That part was the main chorus for 'My Troubled Half'. I asked her for permission to use it.“ 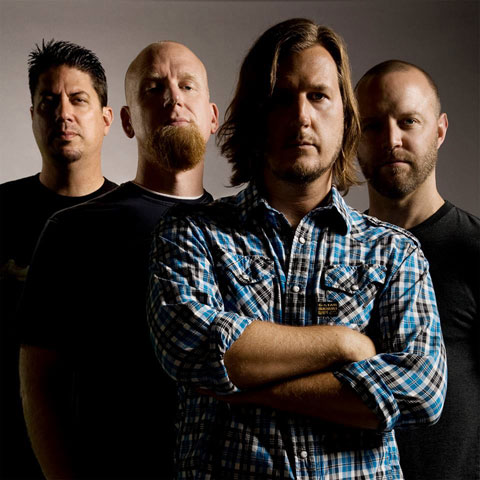 „I have different reasons why I love each song. If I had to pick one it would be 'Regular Size' for its simple message. It's a really fun one to play. Frank Daly from Big Drill Car sings on it and sounds great. His parts are some of my favorite moments on the album.“

And what is your greatest dream regarding the band?

„Well of course it's always the goal to sell more records and play bigger shows. And I'd love to catch on with a wider audience and hear our music on the radio someday. But for what we set out to do in the beginning we are already living our dream. I just wanted this band to matter to some people. The fact that we are back together after all this time is validation of this. We are not a big band. We have a small number of fans across the world but I feel like we really matter to that small group of people. That's the dream.“

Personal question: what's your greatest wish at all on these socially unfortunately partly pretty rotten planet?

„I wish I could affect humanity's unwillingness to change. The most frustrating thing, at least in my country is that people are stubborn and stuck in their old ways, and even afraid of new ideas and different ways to see the world. Half of our government spends all of its time sabotaging the other half. That is why nothing gets done. And everybody should listen to Gameface.“