Galar was formed in late fall 2004. Their fine art contains furious blast-beat assaults as well as slower epic parts, and both grim and clean vocals. Slagmark is responsible for grim vocalizations, impulsive guitar-attacks and bass-lines in Galar. He reports about the band and its new album output.

Hello Slagmark, how are you doing at the moment? Longing for a trip in great Nordic environment?

„I am doing fine thanks. I am spending my days relaxing and having a well deserved vacation from studies and other responsibilities.“ 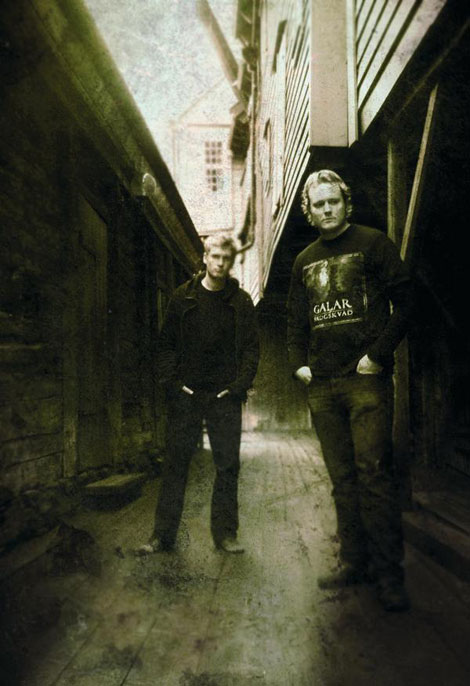 „The chemistry is good as always, even though we are currently down to just three active members after our drummer left the band. He is originally from Germany and was only here in Norway for one year, so we now have to look for a replacement. This is a tough task, because there seems to be few talented drummers living in Bergen. Those who are talented are busy playing with bigger bands which are much more established within the scene. We will not rush into anything and will take the time we need to find the right guy for the job.”

Btw: what do you think about the more and more getting sick mankind?

„We have made some wrong turns on certain matters, that’s for sure. But there is hope as long as there are good and dedicated people out there who are willing to take up the fight against problems such as corruption and the abuse of human and animal rights. Ignorance and cynicism is our worst enemies.“

And what do you think about the increasing damage of our holy mother earth?

„There are many examples of how we have treated our planet in a bad way. We are cutting down the rainforest and we are polluting more than ever. Most people haven’t really seen the consequences of this yet, but just take a look at the effect global warming has on the climate. Luckily more and more people are realising that we have to take better care of this planet to be able to live on it in the future. But is it to late…?“

Please describe your attitude as a musician and in which life philosophy do you believe!

„Neither the band nor any of its members has a certain life philosophy which we believe in. We are all about the music, and that is what gets the main priority from us.”

„I am not a religious person in any way, but I do respect that people choose to follow a religion. That’s their individual choice in life, and a choice we should respect. What I do not respect are those religious fundamentalists who use religion as an excuse to fight and discriminate others.”

Some people say, the only god for rotten mankind is dirty money, since it has been invented. For money „they“ do horrible things. What´s your opinion about these topic?

„Of course money has brought about both negative and positive consequences. With money comes power, and as you said many exploits the power of money and want more and more of it. They take advantage of cheap labour, cut down the rain forest and so on and so forth. Therefore I agree with you to a certain point. But there are also people out there with good intentions who are able to reach out and do good things with the use of money.” 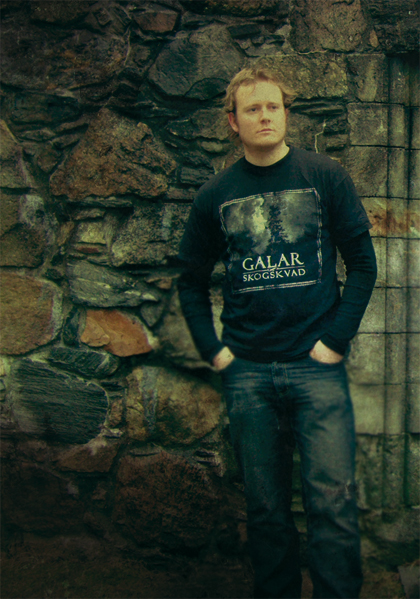 How was found the final musical style of Galar?

„I have always liked bands that combine fast and aggressive parts with slower parts and beautiful melodies. When starting Galar, I just wanted to make music which contains those elements, and we therefore ended up sounding the way we do. We also wanted to do something special, so we added the bassoon to the sound. This is because it’s really a beautiful instrument which sounds great accompanied with the acoustic guitar, and it’s also Fornjot`s main instrument. This was a resource we could not let go unused.”

In which mood do you still feel the best creativeness?

„I can only speak for myself, but I really get creative when listening to good music. When I put on a good album I often want to make music myself. Of course the creativeness comes and goes in periods, but as I said it’s mostly good music that makes me want to create some new songs.“

Please tell me some musical influences for your upcoming compositions!

„We haven’t really made that many new compositions yet. It has been a lot of work with the latest release when it comes to song writing, planning, recording, and promotion and so on, so we needed a little break before starting all over. But I have now again started composing a little bit. The musical influences will be pretty much the same as they were on “Skogskvad”, but we will try to develop the style a little and try to compose and create even better songs than what we did on “Skogskvad”. This will take time, and I think that a new release sometime in 2008 will be realistic.“

Please describe the lyrical conception of your debut album release and tell some lyrical influences for the new compositions!

„The lyrical themes on “Skogskvad” are all evolving around the Viking era. I can take you through a short guide of the songs:

“Skogskvad” describes the faith of those who stood up against Christianity when it was brutally imposed on the Norwegian population around the year 1000.

“Ragnarok” is from Norse mythology and tells the story about the end of the world.

“Dødsmyr” It’s about ancient rituals such as how people were scarified to the gods in the old days.

“Kronet Til Konge” tells the story of a cruel king who has the reigns, and how he ends up being replaced by a new king.

“Hugin and Munin” is about Odin’s two ravens.

”Jotneraid” is about the build-up to Ragnarok.“ 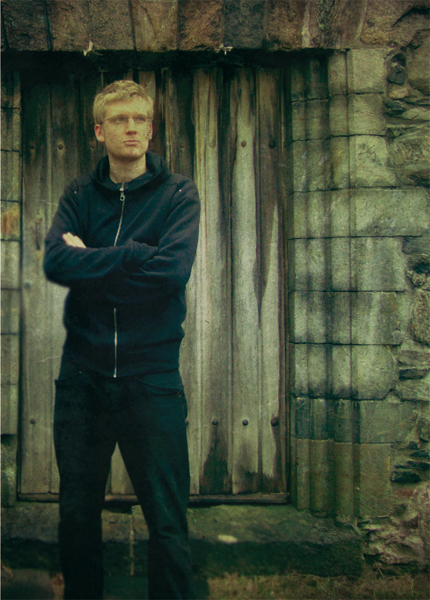 „I personally find it interesting and like to read about it. The Viking era and the tales of the Old Norwegian kings is a very important aspect of the Norwegian history which I find interesting. On our next album we are considering to write a concept album about the history from the county we are originally from, which is Vestfold. Vestfold was a very important county during the Viking era in Norway.“

„Both I and Fornjot are busy studying, so we spent a lot of time at school, and Smaug is busy working as a chef. Beside school and the band I spend my days hanging out with friends, listening to music, watching movies etc. The usual stuff.“

What contains a really good Galar-song in your opinion?

„A good Galar song should have a lot of brutality, mixed tempos, melodies, both fast and slower parts combined with different vocal styles.”

Do you like the other bands, which play these style? Please tell me your favorites, to which you listen to!

„I like to listen to many different bands. These days I listen a lot to Solefald which I think is a great band. Other bands I like are Thyrfing, Windir, Moonsorrow, Åsmegin, Keep Of Kalessin and many more. Also Myrkgrav is a new very talented band from Norway with a great future in the game.”

„Unfortunately we haven’t been able to play live yet because of the lack of live members which I mentioned in the start of this interview. But as I said, this is something we are working on and I hope we will be able to play some concerts during 2007. A show of Galar – I can at least tell you only, how I would like it to be. I would like it to be a show which is performed with great passion and in a professional way. I think it’s very important to deliver a good live performance these days or else your band will be just one in the crowd.“

„It would always be nice to share a stage with some of the bands you have looked up to and admired from the start. That would have been really great.“

Which are your plans with the band for the future?

„At this point the most important thing will be to spread the news about Galar and to promote the band as much as possible. Then we will start writing some new songs and hopefully we will have a new album out on the marked sometime not too far into the future. As I said earlier, getting a live line-up together will also get some priority. Thanks for the interview, Markus – and: cheers!“