Formed in 1991 out of the ashes of another band by drummer Anders Eek and guitarist Thomas Angell, these Norwegian Funeral Doom Metal act had to go through truly hard times.

Several difficult to managing line-up changes appeared yet as the smallest troubles for the brave Scandinavian formation. 2011 saw their appreciated nine-song collection „To Mourn Is A Virtue“. Released in November 2012 under a new label contract, Funeral persuade their old and new followers with the newest full-length output, entitled „Oratorium“. I speak with drummer and main songwriter Anders Eek.

How are you guys doing these days?!

„Doing very well, thanx! The reviews of the album have been awesome so far, and the band is really eager to come out and do some tours, sooner than later. We are also eager to release a limited edition 7" in April, with old demo-recordings from the 90`s, with new vocals by our new singer Sindre Nedland. Its really a treat to our diehard vinyl-fans, as I am myself.“ 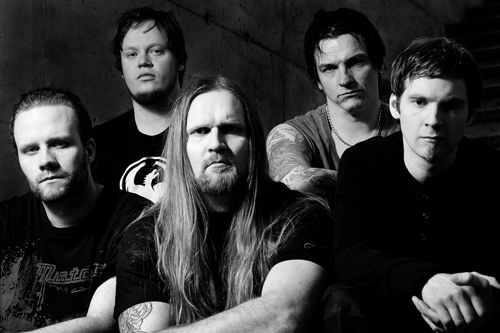 How ran the works for these new album mainly?

„As always when writing music, I sit at home, often with a bottle of wine, and just having a blast with my guitars. Then Erlend and me hook up, and do demo-recordings together. He also wrote some tracks for this album. Then its off to our orchestration guy, where him and me sit together and decide which instruments to use and where etc. And our bassist gets the songs and records his parts. At the end our singer recdords the vocals. We record everything in our own studios except the vocals and the orchestration. Its also mixed and mastered in professional studios. This album took a while to complete because our previous singer decided to leave in the midst of the recording, so a lot of harmonies had to be re-written and so forth. Of course its also was a task replacing him, and finding a new skilled bassplayer. I believe we spent about two years to complete "Oratorium". It was ready way before the releasedate, though, but due to logistics via the label it was not released until November 2012. It was however ready and finished in May 2011.“

Which noteworthy differences to the previous album-release are waiting now for the listeners?

„Its much more varied in all aspects. Much clearer and more massive sounding, the song- structures differs also a bit, with both longer and shorter tracks, it also contain much more vocal harmonies. In the end its really just a step up from the previous album in all ways, I believe. We also were present in the studio during the entire process, so noone did the job for us. We decided on all aspects regarding the sound, mix, mastering and so on. This was not the case with our previous album, which were mixed and mastered in Germany, without us present. Unfortunatly our previous label persuaded us to do that, and one can hear that on the album. I am not too fond of the sound. Could have been much better with us present in the studio. I know what I want ! We will not make that mistake again.“ 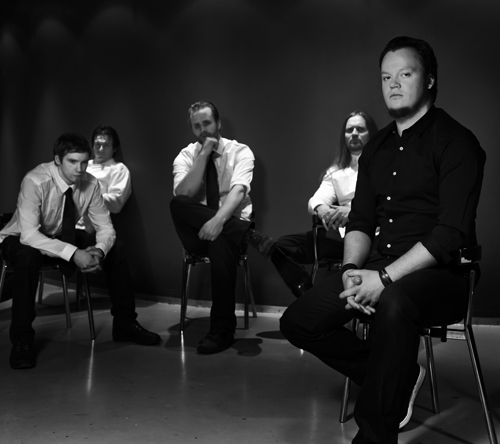 Who have been the main songwriter for „Oratorium“? Which are his qualities in your opinion?

„I wrote most of the tracks, and Erlend wrote a couple. We also cooperated on some arrangements etc. I have always been the main writer in Funeral, but i am also open for ideas from other members, and Erlend really knows how to write, too.“

How long did last the songwriting for „Oratorium“?

„Most of the songs were written within a period of a year or so, but there are two tracks that go back to 2002. Songs that I intentionally wrote for my sideproject Fallen, but decided to include on "Oratorium", as I thought it would give the album a more extreme expression. That would be the two longest and slowest songs..when we demo-recorded the album with put down 17 songs on tape, and picked 9 of them. So there are still some songs from this session not used yet, which holds equally good standard. But with such long songs, we just have to pick out songs to fit on a CD. Two of the songs are however on the limited edition digipak, also included there is a cover song of a Norwegian singer/songwriter named Bjørn Eidsvåg. Very big in Norway.“

„I constantly write music, so the upcoming album is more or less finnished already. Lacks some vocals and orchestration, though. Hope to release it already this year. But things seems to take a while in this band, so one never knows.“

Please tell the readers about the main content of the new lyrics of Funeral! One can be really very curiously while listening to your highly down-bringing and epic songs.

„All the lyrics on this album was written by the late Einar Fredriksen (RIP), and is a tribute to him. He was very skilled and really a born poet. I am very proud to have the chance to still share his work with our fans. The content is very personal, and deals with a lot of his inner demons. The lyrics were mainly written around 2000 - 2002, just before he passed away.“ 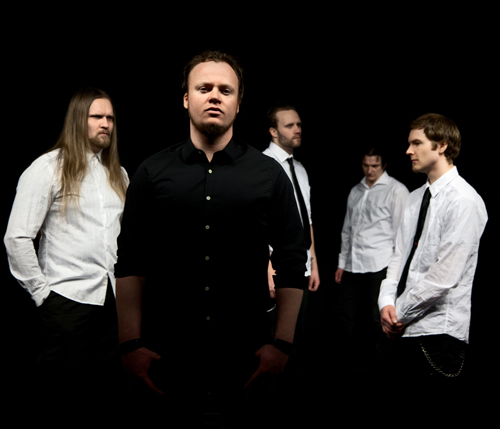 Why do you do this all? Better said, which is still the most inner driving force within your creative heart to rise such bombastic, such swallowing and such extreme Metal music?

„I call it my inner Doom Metal monster, which comes to life from time to time, and never really rests. I have this strange urge to compose this slow, heavy music. Why? I really do not have a clue. Maybe its some sort of channelling emotions. It gives me piece in some strange way. And its very satisfying to get these tracks both out of my head and onto an album, even more people buying, and even liking the record.“

What’s your personal view about a kind of „depressing spirit“ on your new album?

„I call it melancholic music. Deppressive music has a touch of sickness in it, I believe, and that really gives me nothing. Who wants to be depressed? I think people feel all kinds of emotions listening to our music. That is a very personal thing. I hope people will feel the beauty in the melodies, as I do, and the energy within the songs.“

More: which special aspects are the most relevant for you in your music, within a metal-world, filled with mediocre and monochromatic releases?

„I really did not catch what you mean here..?! I rarely listen to new bands at all, I always tend to go back to the roots regarding inspiration and when I just want to enjoy music. so its always back to bands like Kiss, Candlemass, Black Sabbath, Dead Can Dance, Beethoven, Grieg , Anathema, Metallica etc etc. Too many to list here.“

Sounds on the newest Funeral album, that beeing melancholic and deeply sad is truly your greatest felt love ever. Isn't?

„Eh... I love the new album, if thats what you mean...? As mentioned, I find both beauty, hope and melancholia within my music. The greatest love ever? No ,I dont think so.“