Founded in 1992 in the coldness of Norway, all of them has began as a one-man-project, but with time it evolved into a full-time band. Through the band 122 Stab Wounds, Alvarin & C. Worhn hooked up to form the fundament of Forlorn.

At this point, Forlorn was still a mere project in the developmental stages. Forlorn were then joined by S. Aske on vocals and the first tremendous self-titled EP was completed. The included songs are marvellous and very melodic and epic Viking Metal sagas at it's best.

The work for „The Crystal Palace”, their amazing full-length debut, began soon after the completion of the EP. The following output marked a big step for Forlorn. The release of the 2nd high quality album „Opus III – Ad Caelestis Res”, signaled in 1999 a new direction for the gifted musicians from Stavanger.

But the changes would not end there. And shortly thereafter, C. Worhn announced his departure. From then on Alvarin, who proceeded to change his alias to Hennex, engaged new drummer S. Winter. 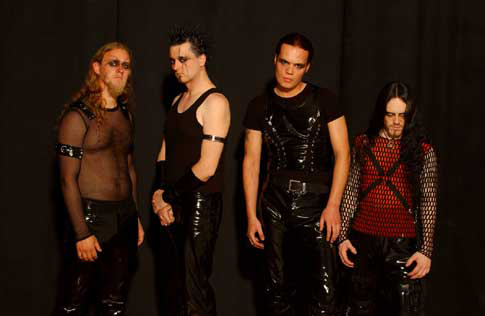 Now the time has come for „Hybernation”, their third album.

Once more a great piece of dark and moodful Metal from one of Norway´s finest.

Stickswinger S. Winter faces some questions about the new work.

Hey S. Winter, compliment, the new album goes straight in the style of development which I have awaited!

„Thank you, I know what you mean! The development was a natural, but also more deliberate step in the progress of Forlorn’s legacy. After `Opus III - Ad Caelestis Res` there were so many changes and we collectively knew that this CD had to be this way. `Opus III - Ad Caelestis Res` was the final closure for the whole link between Forlorn and the ancient/Viking era, we simply had to make a stand and move on. All the songs on `Hybernation` are linked together either through lyrical content or atmosphere, and as a whole we are very satisfied!”

What would be your own categorizing for the new music of Forlorn, maybe Epic Futuristic Dark Metal?

„Blah! No. We would never use that term to categorize the Forlorn of today. In fact I hate to discuss trying to define categories. Music can be whatever you want it to be; depending on your mood, your thoughts and so on. Forlorn is currently being labelled as Extreme Norwegian Metal, which is quite fitting I think! Some say we are this, some say we are not all that… Then again there are those who claim we lean towards Black Metal, some say Dark Metal, some say Death Metal – the circle is infinite; and the arguments are many. We have found a sound and style that we are satisfied with ourselves, and to us that’s the important issue.”

On the new album it´s not the same style of music as on the last. Not more so extreme hymn-melodic as in the past. Darker stuff than ever before so to say. More bombastic, more abyssic, somehow more lost in space. What is the reason? Darker souls as before within the creators of Forlorn?

„That’s for sure – the music is different from anything Forlorn has done in the past, and as I said, that’s totally deliberate and natural. I do however disagree a little with you – the songs are just as extreme, but perhaps in a different way than before. The songs are definitely more straightforward and cut over a simpler edge. As we were writing this album we tried to keep the arrangements simple and not fall in the trap of making too technical music, which often just becomes messy and boring. There is more interaction between the instruments, and things happen at several layers, making room for discovering new things as you listen to the CD. And when you say the music is darker, I can agree with that. This is a direct result from all four (at the time) active members being creative and working towards a common main goal. Before there were only two members in Forlorn, and it was a studio-band with not so much rehearsals; now we rehearse three times a week, just to get the results we want.”

How did develop the whole since the last album to the nowadays futuristic style of Metal?

„Again I don’t agree to the term you give us. I don’t see much of a link between the CD and the phrase `Future Metal`. But that may be beyond the point… And as I said, the development was simply that on `Opus III - Ad Caelestis Res`, Hennex was the only member that continued onto the new Forlorn. All other members are fresh to the band after the last CD. Thus the music took a different and quite radical turn … to the better…” 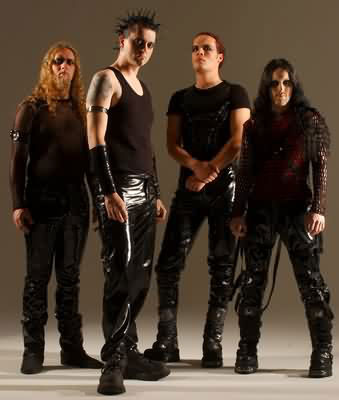 The current line-up of Forlorn consists of which members?

„The line-up is as follows: Dolgar – vocals/guitars, Hennex – guitars, me, S. Winter – drums, Vulpes – bass and most recently B. Lònafell – syntheziser. There has only been one change and that is when we fired our previous synth-player due to a conflict of interest.”

What does the album title mean and do you see „Hybernation” as a concept album?

„`Hybernation` is a slight merge between the words `hyper`, `hibernation` and `nation`. It’s not a concept album per say, and the title itself points toward the fact that the world is constantly moving forward in every aspect, but when you look at it mankind is at a standstill in numerous phases.”

In that way, which are the main lyrical contents of the new material?

„Main lyrical content is spun around a dreaded vision of what may well happen to man in a matter of a few generations; incorporation of artificial content to our lives and bodies, an existence where we are mere slaves, set out to fulfil a simple need for labour. No feelings, no sympathy – just life and death; serve or be served. Besides this the lyrics are spanned widely around issues and personal thoughts around death, the darker side and misery; but this time it rooted in real life – no visions of pagan or astral gods, very much down to earth so to speak…”

Main inspirations for the new music of Forlorn?

„All five members are inspired by an array of bands, ranging from the grimmest black metal via 80’s Rock and Heavy Metal to several non-Metal bands. I think that is a great plus though, to not be too tied up in just one style of music that you are blinded and constrained by it.”

Which bands played an important role for you in the younger past?

„Personally I think I am the person in the band that has broadened my horizons the least. I `mainly` stick to any kind of extreme/Black/Dark Metal still. I have been in the Metal scene for over ten years now (which is by no means considered a long time), and before that I was too young to have much of a taste for music on my own. I think the first Metal band I heard was Mötley Crue, but I moved on pretty fast from there…”

Which member of Forlorn wrote most of the new compositions?

„On a general basis I think we have written most songs together at rehearsals. Of course there are the odd song or two done completely by one or two members alone, but over all we contribute evenly.”

Which one of Forlorn wrote the lyrics in general?

„Hennex, Dolgar and I write equally many lyrics on a general basis.” 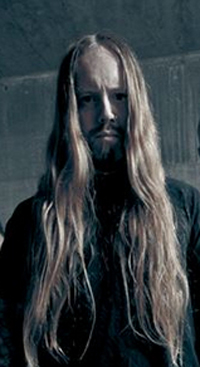 In which dark, sad and epic moods were the new songs written?

„I think I speak for all of us when I say that the lyrics were written in no specific mood other than the everyday mood we are in at any given time. We don’t need to achieve any specific moods to write lyrics. Just taking a look out the window; watching the shitty and fucked up world as it is gives more than enough inspiration.”

How long it has been taken to write the new tracks?

„Off and on it was written between February 2001 and April 2002. It’s hard to give an exact time though, because in between we have picked up some older Forlorn material together with the new to prepare and rehearse for live shows and so on, and everything takes time in the music industry…”

Do you have an own favourite song on „Hybernation“?

„A hard question to answer. We have worked so long and intense with this recording (much due to difficulties with one of the studio technicians) that we are mainly fed up with this CD right now. When you hear the same songs over and over again like a thousand times or so it kind of gets a little irritating in the end. But that will improve as soon as we get a little distance from it all. The last song `Silent Demise` has however a special meaning to me personally. This spring my mother in law died from cancer, and that song is sort of a tribute to her as well as my own reflection around the issues of life and death linked together by pain.“

Where has been done the production?

„In the studio where it was recorded – a studio called `Sans Og Samling`.”

How long it has been taken to record the new album?

Who did the production of these new Forlorn release?

„Forlorn and Jørund Kopren produced `Hybernation` at the studio. He’s a really great person to work with, and we got great results in the end.”

How much are you guys satisfied with the production?

„We are satisfied, it turned out better that we had expected, but also different – in a good way. But as a perfectionist neither myself or the others will ever be `completely` satisfied with the recorded result. There is always this or that little thing that you wished would be done different or not at all. But by and large… we’re pretty satisfied! All of the material we had when we entered the studio was prepared and made so that we could record without any problems. The only electronics we have on the album worth mentioning are a standard keyboard with midi modules, and two bass drum triggers with a sound module. Dolgar does not use voice-changer; he simply does not need to. His voice is great for Forlorn, both his grim vocal and the more clean; yet still pretty grim vocals he utilizes. If you refer to the ancient as in context to the `old` Forlorn – there is no link anymore. Our new CD has little or nothing to do with the previous albums, so there were no problems in that fashion at all I am glad to say.”

Any last words here to the Forlorn fans?

„As always – thank you for being there, and for patiently waiting for this CD to be released, and your contribution at our live shows, thanks and cheers to all of you who frequently visits our webpage – we’ll see you all on tour next year. May the darkness within be your guiding light…”