The Greek band, in such a way personnel magnified, finished just the work at the new exception work „Allegiance”. Next to a video-recording with the established director Patric Ullaeus, which worked already as well with established acts as In Flames, Dimmu Borgir, Lacuna Coil and Within Temptation for example, also the publication of a single-release to the Track „Falling To Pieces” occurred at the same time.

Guitar guru Gus is well known by scene specialists of the groups Dream Evil, Mystic Prophecy and Nightrage, too. As an axeman he has invested as same as the rest of Firewind an enormous quantity of sweat and nerves into the current album work, as he reports during our interview conversation. 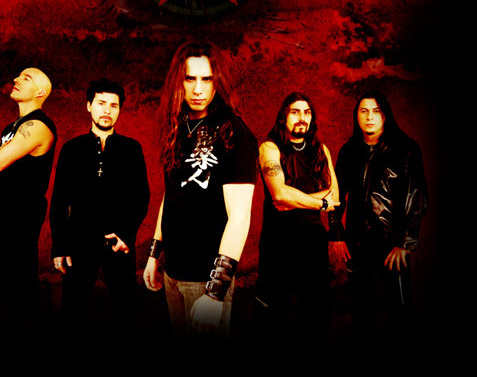 Hey Gus, which are still the most inspiring topics for you?

„It can be anything, but mostly we prefer to talk about real life feelings and conclusions through the situations we've been.”

What are the necessary elements which make a Firewind song a good one in your point of view?

„Number one element is that the song needs to have a strong chorus with a hook line. Of course you need to have a great main riff to back it and also smart arranging that will not bore the listener. The rest is icing on the cake, like a good solo, melodies, keyboards for atmosphere, etc.“

„Me personally, I can only play the guitar and write songs. I cannot paint or dance or anything like that.”

„I've already expored different Metal styles with my previous bands and would love to do other things or side projects in the future. Maybe do an album with only acoustic guitar or something more new age with lots of keyboards and soaring guitar melodies. Who knows? Maybe I'll find the time to do such a thing someday. Maybe I will also do a solo album which will contain a lot of instrumentals in different stlyes like bit more bluesy, Hendrix style or some Latin vibes but also strong Rock songs with famous guest singers.” 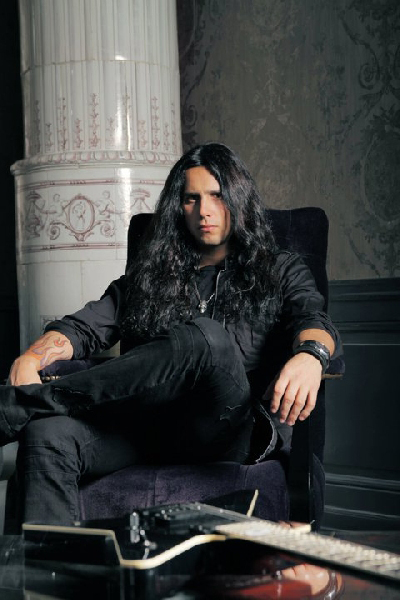 Which expectations do you have when you look forward to 2006?

„I expect everything and nothing. I just hope that people will like our new album and we look forward to tour the world.”

Which are your other future plans?

„To just see what happens with this album and play as many shows as possible. A lot of things will be considered for the future, depending on the success of this album.”

Which specific circumstances and influences led once to such a high-quality and chosen musical style as yours?

„I started playing guitar after I heard Peter Frampton. I couln't believe what I was hearing. When I was growing up I got heavily into the sounds of Black Sabbath, Metallica, Scorpions, Megadeth, Iron Maiden, but also guitar players such as Yngwie Malmsteen, Michael Schenker, Uli Roth and Paul Gilbert. Maybe all these people I mentioned can be heard in our albums to some extend. They've influenced me so much.”

How do you feel when you think about all the people which are listening to your songs with much joy?

„Couldn't be more happier than that. If my creations and the sounds that make me happy, makes other people happy, then you can't beat that! It's the ultimate achievement.”

Which are the best songs on the new release to your mind?

„I love each and every song! But I think we have some stuff that's very different from the traditional Metal and sounds very contemporary and also could be heard and marketed into a wider audience. And I'm talking about songs such as "Falling To Pieces", "Breaking The Silence" and "Deliverance". But I love the heavier stuff on the album such as "Insanity" and "Allegiance".“

Please give a description of the composing process for the new album!

„The way we wrote the songs was that me and Bob (keyboards) would work in his studio and construct the ideas one by one. Sometimes one of us would either have a whole song in his mind, other times only the main riff and theme. Then we would slowly construct it until we were happy with the final result. Then I would send the stuff to Apollo (vocals) and he'd send me back demos with his vocal lines. We would make adjustments and then finalize things. Overall, we worked for a long time and very hard on the pre-production of this album. And once we finished with all the home demos, we all got together in a studio for ten days and rehearsed the material and changed things to fit our playing styles, but also to make sure they would work well live.”

From where have been taken all the high-class-melodies for the new Firewind output?

„From our souls. We all contributed to this album and u can hear the difference with our previous CDs. This sounds more compact and more powerful.” 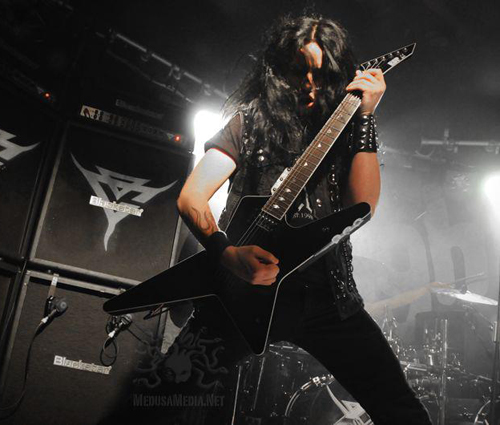 Please give information about lyrical contents of the new songs!

„Apollo would be the best one to talk about it. A song like "Insanity" is obviously about a man that's going crazy, hence all the guitar and keyboard shredding, haha! "Falling To Pieces" is a message about not being stressed in your life and not letting bad situations bring you down, it's so important to be healthy mentally and physically. "Deliverance" has a message of freedom, something that's missing from human beings these days. We think we are free, but we're not. Obligations always land us in the hard reality of life. "The Essence" is about a friend of mine that fought the battle against cancer and is dedicated to the strong people that don't give up against sickness. "Where Do We Go From Here" is a love song, it's about a girl.“

Regarding your style of Metal, what do you think of the works of other acts in that style?

„Depends who you're talking about. A lot of people mark us as a power metal band, but I don't think we got something in common with Stratovarius or Helloween (except their old drummer haha!). We never listened to those bands, but our influences are more from the 70's. I want to think of Firewind as a fresh breath in the Metal world, this is how Heavy Metal should sound in 2006. I'm not saying we're so original, no. But we have made a good blend of styles and elements that gives the listener variation. But generally speaking there's some good Metal bands out there today.”

Thank you very much for this interview, Gus. Could you please close off with your own words?

„Thanx for your support, Markus! Listeners, check out the new Firewind album and pledge your allegiance!”