Founded in 2001, the group continued its efforts to pursue its own creative visions over the years. And in this, Fejd can be stopped actually by nothing and no one.

Considering how many groups have now spread in this stylistic field and how many semi-serious to annoyingly unimpressive publications are presently released, one can be the more grateful with these professional representatives, all of them real experts.

The fine new song material of Fejd does not lead to an impulsive gaiety or an over-burdening draft - resulting in high-caliber seriosity, which can be heard at the same time on a variety of occasions.

For the fine and soothing delight of the compositions on „Eifur“ extends so far into the senses that the songs of the Swedish exception group should actually be able to beguiling a great variety of musical tastes. 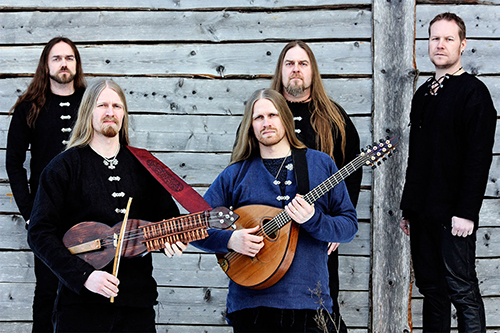 Whether rockers, metalists or folklore fanatics, all of them should continue to adhere to the timelessly beautiful art of Fejd, which is strongly inspiring.

In addition, the all-around uncompressed Scandinavian ensemble is once again fully capable of comprehensively framing its own individual sound, both instrumentally and vocally.

Well-tuned to the current work of these guild-champions, I immediately catch up with drummer Esko Salow.

Please explain the meaning of the band name Fejd!

„Fejd means Freude in German. It could be translated as argue, disagreement, or maybe even a smaller protracted fight.“

Please tell the readers about the main lyrical content of your newest creations!

„The songs deals with a number of subjects but are mainly fictional creations. We have lyrics about the Black Death that swept across Europe in the fourteenth century. We sing about the hunter and his prey, about protecting the planet for coming generations, just to name some of the matters.“

Who is the main songwriter in Fejd?

„I guess that would be Patrik. At this album he wrote a whole deal but also his brother Niklas has a creative mind that comes with lots of songs, lyrics and ideas.“ 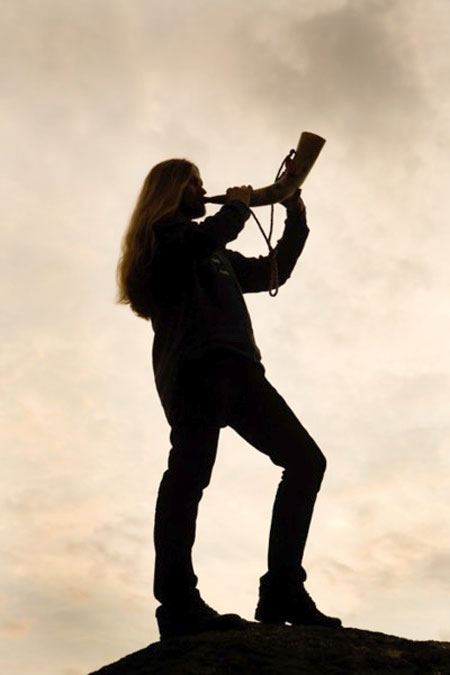 Who is the main lyricist in Fejd?

„This answer could be referred to the one on the question above. We have the same condition concerning lyrics that we have with the music.“

How productive and close you're able to working together?

„We all work very well together. Through the years we have learned to be keener to each other and we mostly give each other the space needed to evolve our personal view of the music. In many ways our music is like a team sport, we need to be able to play the ball between each other to get the full picture and use the full power of the band.“

In which age did you discover the grand meaning of paganism for yourself?

„I guess as a child when you started to separate the Christian traditions from the heathen ones. I started to realize that hanging stuff in a Christmas tree had nothing to do with Jesus and more to do with what we used to sacrifice to our Gods thousands of years ago.“

Which has been your greatest moment with Fejd so far?

„These past years has been full of greatest moments, all festivals we’ve played and met lots of people, the album recordings and getting a label. As we are driving around in our old Van we have been able to see lots of Germany and it’s really a beautiful country with hospitable people, everywhere we come. Or it might be the great review and your nice words last time around!“

Do you practice your love to ancient ideals and dedication for Mother Nature, at the weekends in the forests of your area for example?

„Just by enjoying the company of Mother Earth and the gifts that she shares with us. We are fortunate enough to live in a country where it’s free for all to roam the woods and gather mushrooms, berries or what ever you might find.“

Which is your preferred season?

„I kind of like them all. As long as the weather is good I don’t mind if it’s winter or summer. Autumn is great with all colors and beauty. I can’t really pick one season before another. It always used to be the summer but now when I’m older I appreciate the beauty and advantage of what every season has to give.“

Why you do this at all and which is still the most inner driving force within your creative heart to create such epic Folk Metal music? 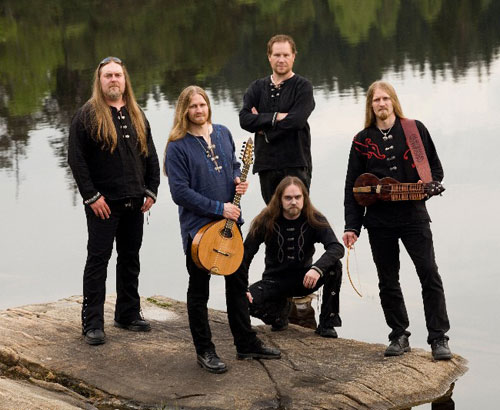 „We just keep doing music that we like. We are not trying to do the music in any special kind of way, just let the inspiration flow naturally. Sometimes the character of the song changes completely when all instrument are added. You suddenly feel that the rhythm intended from the beginning doesn’t feel right or the harmonies could be played another way. I really don’t know what makes it epic but I’m glad it is.“

With which expectation(s) do you looking forward to the upcoming Fejd release?

„As a musician its always fun if the album is appreciated. Our hope is that it’s good enough to generate more gigs and hopefully spread to a bigger number of countries. Now, as a signed band it’s also important that we sell more albums than we did with “Storm”, and it’s important by many reasons. Sold albums shows the promoters where gigs could be attractive and our label that it is worth making another album after “Eifur” so it’s important to increase our sales. I hope that the new songs works like intended live, that we can create a massive pressure live and do lots of festivals and tours.“

Here you have the place for some additional words to your listeners and fans!

„We’ve had the pleasure to meet lots of fans on our gigs at German festivals this past summer and it’s a pleasure we hope to have again next summer. Thank you for making 2010 such a great festival year for Fejd! See you soon!“