For their new and eighth album „Black Moon Rising“ the Swedes jumped finally deep into all their extensive skills! Simultaneously Falconer show themselves fully aware to their roots this time.

The exuberant songs are filled with highly dynamics and with the special, perfect theatrical nobility. Also the joy for playing of the aesthetically oriented Power Metal experts around vocalist Mathias Blad reaches now the highest level to date. And this by no means not only in the guitar area, where it goes often real rapidly!

But this high-profile publication owns beside the mentioned characteristics also primarily lots of great ideas, which lead the listeners to tons of individual characteristics. Guitarist Stefan Weinerhall gets the word now. 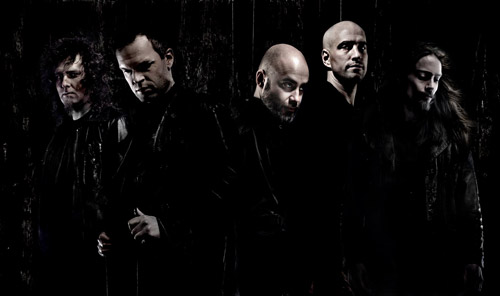 „You'll hear that it is classic Falconer but after last albums focus on Swedish lyrics and a lot of folk influences we have this time gone in the other direction. All english and a very Metal and riffy album with more attitude and less cheesy and soft stuff. This must be the fastest album we've done so far. I'd say you'll easily find stuff that sound like early Falconer and stuff that even sound like Mithotyn with more brutal riffs, blastbeasts and a more thrashy feeling. Don't know if it's nostalgia or what but since we had a long break after last album it felt like I could start over again and not just continue where we were.“

Can we say: these time the Falconer goes back to his roots?

„Yes to great extent we could. Not that it sounds exactly like on the first album but a lot of times I got the same vibes and feeling as I did writing ans listening to the early stuff. A few songs could just as well have been on the debut album while others brings something unheard to the Falconer catalougue. I usually don't brag about our releases but this time I allmost have to. I haven't been this satisfied in many years.“

How ran the cooperation with producer Andy LaRocque, and how much was brought through him into the new tracks?

„The songs themselves are pretty much produced and done when we enter the studio so what we leave up to him is to get the right soundscape for us, but of course it happens that he comes with ideas for changes in songstructures and the finishing touches. We both feel very comfortable with eachother after all these years. We know what we all are about and since we as a band like what he does we have no need to change. He's allmost part of the band.“

Please report about the main content in general of the newest lyrics! Epic and historic issues in life?

„During the last 2 albums I wrote only historic lyrics, but this time I looked back to what I wrote in the beginning and really the majority of the lyrics for the 2 first albums are not about historical events but it is all about how you present the lyrics in language and style. This time we have a mixed selection of topics all from environmentalism to personal things to Viking/medieval lyrics. Whatever I tend to write about seems to end up in the same robe of poetry so to speak, everything sounds like medieval somehow.“ 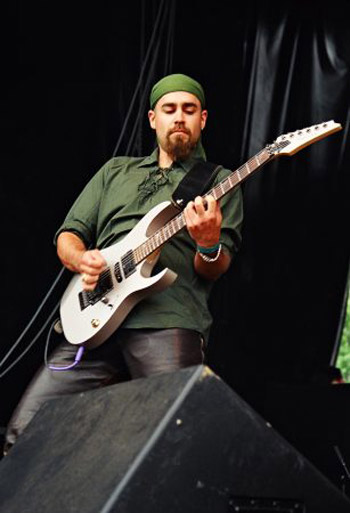 „I'm more proud of the lyrics this time than I usually am, I think it's due to the long time it took to write the album, I even made it take it's time just to make sure I got as good as it could instead of just wanting to put out an album soon. ,In Ruins‘ is a very good lyric about a tragic event that happened to my familiy in 2011. ,Age Of Runes‘ is written in allmost the same poetic style as many runestones are written. I love how I used the letters and rhymes in that one, I got inspired to that after reading a book about rune stones and the language and poetic verse styles they contain. The song it self is actually about the carving of a stone and what was behind the story. Most people just see a stone with runes when it is a story and real people behind it. Why did they raise the stone and who died and why...“

Which (intensive) feelings ruled your minds while the songwriting?

„After a very dark period of my life I felt very much as a hungry underdog, a very seclude and personal songwriting process this time, a sort of process to let of steam. At one point I even thought about putting down the band since I just lost focus and interest in music due to the shit happening to my family, but after a while the hunger came back and I decided to make the best songs I had done so far.“

„,Locust Swarm‘ is something special for me. It was the first song I wrote for the album. I had some stuff lying around planned for a Death Metal project but then I thought that I just have energy for one band so I tried to incorporate those Death Metal riffs with some really great verse and bridge reminding me of the first album. At first I thought it didn't match but after a while I got used to it and finished the song and to this day it still hold something special for me. On the other hand, the chorus for ,Halls And Chambers‘ have stuck like glue in my head for over a year now. A bit cheesy but I think it's the best chorus I've written in my life.“ 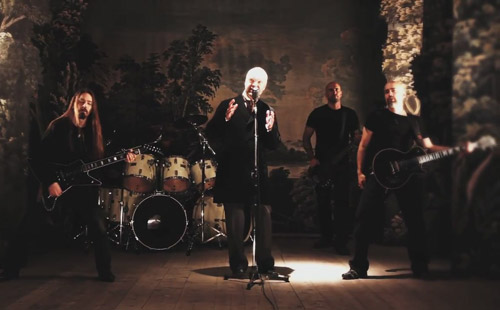 „This time I wrote everything by myself. Most songs are written from the winter of 2012/2013 and about 4 songs from late 2011. Between those writing moods I was completely off on music, I think I didn't tough the guitar for 8 months at all. I think it was a good thing after all instead of just rolling on in the same tracks. It wasn't self decided but the result benefited from it I'm sure.“

Is it allowed to ask you about nowadays special musical and personal (spiritual?) influences?

„The events with my family certainly has been maybe not a motivator but something I had to let out, release the energy on something. Musically I would say that I have actually listened to my own stuff all from Mithotyn, Indungeon and Falconer. Since I almost ended the band 2 years ago I sort of took a step back and listened to what I had done over the years and all that reflection kind of gave me a boost to not let it stop. If I could have written all the good stuff I sure as hell could do it again. You know I'm the first fan of Falconer if it doesn't pass my ears it would end up on any album.“

To which music do you listen to these days? 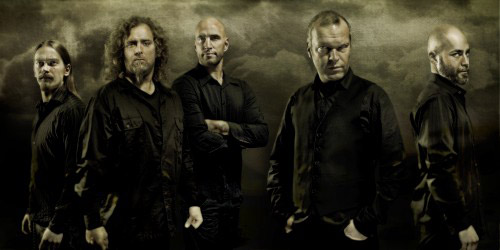 „The same as I have during the last 15 years I think. Sadly I don't listen much to music at all, there is so much other thing that comes into life that gets your attention through the years. I try to listen at work to all kind of Rock/Metal band that get really good reviews now and then just to see if there is something worth while out there but 9 out of 10 times I get dissapointed and return to Rainbow, Iron Maiden, Kiss, Jethro Tull and so on. Nothing even gets close to that anyway, I guess you just turn into a sour geezer that just refused to take in anything new after a while. You know old men just nag about that it was better in the past.“

What counts most for you in making music with Falconer?

„Getting it recorded, and hearing how it is meant to sound after all my ugly singing and bad demotapes of the songs. Of course it's hard to beat that goosebump feeling when you come up with a really good riff or chorus at your own chamber and almost yell out WOOHOO!! But the studiotime is kind of the crowning of the entire creation process. Most bands would say that the best thing is to get the music on stage, and hate the studio. How different we can be, but then I guess neither Falconer nor me as a person is know for being social. Haha!“