As one of the very first Power Speed Metal forerunners at all in the glorious early 80's can be vaunted surely these Canadians around long-time guitarist John Ricci.

1983 saw the release of the famous debut album classic „Heavy Metal Maniac”, anytime still a hell of a metal record. During the successive years, as is generally known, the brave act had to run through many problems and line-up changes. But Exciter never gave up their own vision of hard and fast Metal.

Also their other timeless album classics, especially such as „Violence & Force“ or „Unveiling The Wicked“, stand here unforgotten. John Ricci himself, which is still the head of the band, answered me some questions. 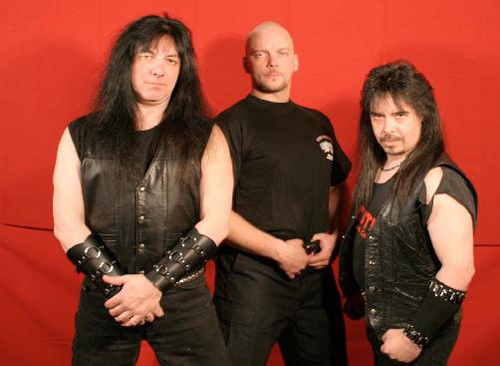 Hey John, which was your first own bought album with Rock- or Metal music?

„The first Rock album I ever bought, was „Led Zepplin II“, in the late 60‘s. I guess back then it was considered a `heavy` album. The very first metal album I bought was Black Sabbath`s first LP, during the same era. I remember hearing Iron Man on the radio, and I thought, I have to buy this record.“

In which life- and Metal philosophies do you still believe?

„My philosophies about life and Metal is, you must keep going and never give up on your dreams and goals in life. If you keep going, the rewards will exceed your expectations.“

Which things in Metal have developed to a better state, and which ones to a lesser good state in your personal opinion?

„Metal has developed into a respected art form of music. For so many years it was put down by critics, because these critics didn`t understand power and aggression and they were very old school. It seems fans that were into Metal in the 80‘s for example have out grown this genre of music and now young fans are discovering Metal, the real Metal, not this crossover Metal.“

John, do you still have a good contact to former drummer and singer Dan Beehler? 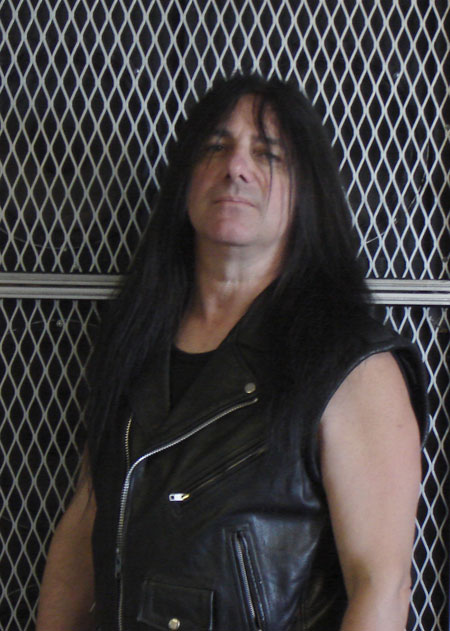 „I have a regular job as a salesman in a music store, in my hometown, Ottawa.“

Are you beeing satisfied so far with the career of Exciter?

„Exciter`s career in the past ten years, actually has surpassed the success of the original Exciter line-up. We had more invites to play all the world than ever before, we had more press, we‘ve done more interviews, we‘ve played festival after festival in Europe, we‘re definitely getting closer to our goal.“

Which is your personal favorite amongst all the albums of Exciter, and why?

„My favorite Exciter album is „The Dark Command“ out of 1997. This album has all the energy and aggression of past Exciter recordings, but better produced, stronger songwriting, better musicianship, and stronger vocal performance from Jacques. Jacques can scream, but he can scream with melody.“

Please describe your development as musician! Did you already begun to play as a child?

„I starting playing guitar when I was nine years old, I took four years of lessons. I used to practice all the time, day after day. I never could copy other bands music, I wasn`t very good at it, I think that`s one of the reasons, I starting writing my own songs.“

How much a week do you rehearse with the band currently?

„We rehearse twice a week.”

In which mood do you still feel your very best creativeness?

„I feel the most creative, when I‘ve had a few drinks, Jägermeister for example, haha, it`s good stuff.“

What does contain a really good Exciter song in your own opinion? 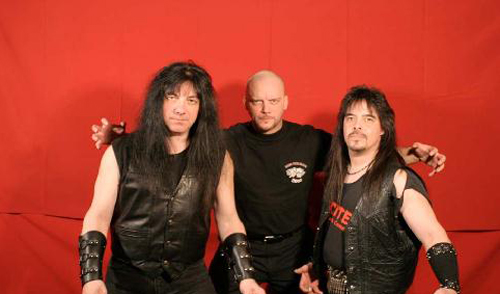 What‘s your favorite kind of beer?

„My favorite beer is Guiness!!!”

Please tell me your favorite bands, which you listen to!

When we will get the next album of Exciter?

„The new Exciter record should be completed and released sometime within six months.“

What is your biggest dream as a musician until nowadays?

„My biggest dream as a musician, is to keep playing as long as possible and never stop. Age to a musician, is just a number. Metal never dies!!! Thank you, Markus, for the interview, and the exposure this interview will bring us.“