The playful quintet from Konnevesi debuted already in 2005 with the debut longplayer „Primal Exhale“ in convincing style. The new compositions of Excalion despite all presented hardness got again extremely emotional and aesthetic.

Thus they not only document a credible artistic development, but enjoy inclined listeners with a refreshing dose of unspent awareness. Keyboardist Jarmo 'Jappe' Myllyvirta is the main composer. The man proves on the new album deeply distinctive tact. 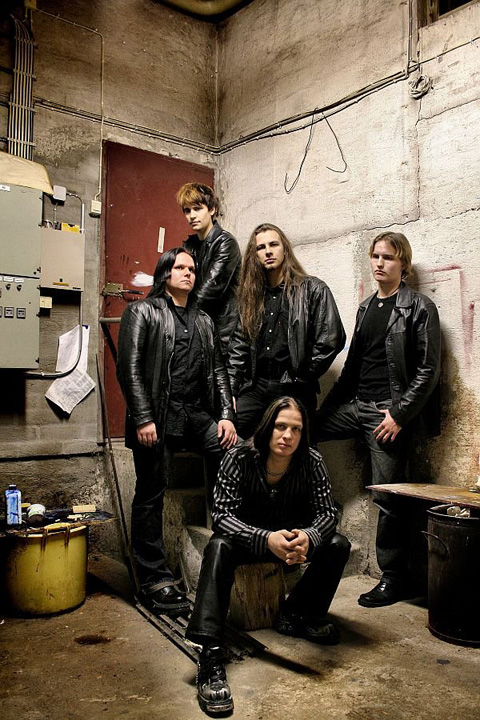 „I´m doing fine, thanks for asking. New album is out and summer is coming. Things look great.”

How has been found the musical style of Excalion?

„We all are from generation who founded the love for the melodic metal from mid 90´s. Stratovariu,s and their album Visions, was a very big thing for all of us. Since that we all ranked that album one of the best ever made. So we like this type of music and that is one of reason why we play melodic metal. Heavy beat, heavy guitars, and catchy vocals and melodies are things that we all like. Also I as a songwriter, think that this is style that I can express my thoughts and feelings the best way. Music comes out of me naturally in this way.”

In which mood you have the best creativeness?

„It depends what kind of song I´m writing. Usually I don´t have any certain or best mood when I write. It always varies. When I was writing “I Failed You” and “Delta Sunrise”, which are very soulful songs, I think it was late night and it was quiet and I was just playing keys in the dark. Anyway, surroundings were like that when I had the ideas for those ones. I have also very often song-ideas when I´m walking in the nature.”

Please tell some musical influences for the songs!

„Life itself is my greatest influence. Like I said before, this kind of music that we do is very natural to me. I don´t have to push the songs out of me. They come out by themselves, just write them down. When I compose, I always try to create some atmosphere to the song. So it would have some certain feeling thru out the song. Nowdays, I don´t listen so much music than I used to, but if I have to name some bands in here, it would say Stratovarius. It is still the main reason why I started to listen that kind of music. Rammstein is also very big band for me.”

Please describe the main lyrical conception of the new compositions!

„I can tell just my side of the story. Tero have to tell his, because he also write lyrics, but I think that our answers would be quite similar. I write at very ordinary things that happen in life. Something that I have somewhat experienced or have an opinion of it. Lyrics are often put in a metaphoric form, so every listener could have their own view of it.”

Please describe your attitude as a musician! In which life-philosophy do you believe?

„Try to evolve all the time. Always do your best or someday you will regret it. Enjoy life.” 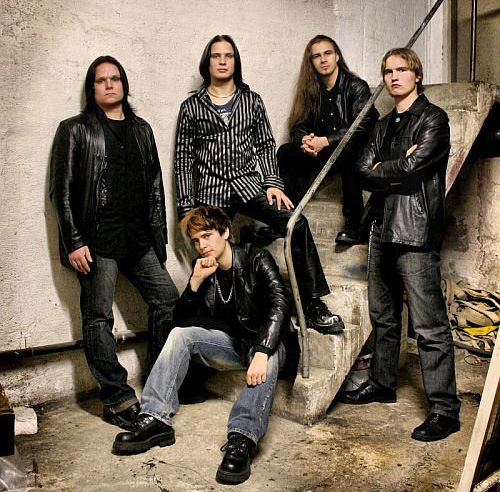 Do you like other bands in that style? Please name your favorites!

„Ok, here are the Stratovarius again. I have mention that I don´t listen to it so much anymore, but it played an important role why I started to play keyboards or any instrument what so ever. Rammstein is also mentioned above. It is a great band. Very powerful music, yet melodic and incredible live show. Nightwish is also good one. I like them better from their early days. `Oceanborn` is still their best album. So much young energy in it. Kamelot´s latest album was also very good. Bon Jovi had very good albums in the 80´s. Generally I like good music, is it metal, rock, pop, no matter. It does not have to be “original” or “new”. If it sounds good it is good.”

„Yes, we have had few shows in Finland so far, for example release gig of the new album. More is coming next week and later this spring and summer. Let see if in the future we´ll hit to the tour in Europe.”

What is still your biggest dream and the biggest temptation as a musician?

„Biggest dream would be a big tour around the world. I´d love to see other countries and play shows in there.”

„To promote the new album and do gigs as much as possible. Other than that our plans are quite open yet. Our record deal ends to this album, so interesting times are ahead.”