Classic Gothic Metal with large abandon factor these five Norwegian-hearts indulging on its new and second album „Darkland“, an emphasized opulent theatrical done publication. The group was established in 2003.

And could the extremely studious band out of Rogaland including female singer Kirsten Jørgensen provide already with its brilliant predecessor work „I Am Silence“ for large audio pleasure at friends of such sound-gracefulness, also the new affliction-disk quickly will certainly find its listeners.

Lot more harder than before, way more gloomier and therewith even more urgent causing, the compositions announce of the endeavoring of these longing Scandinavian after as authentic as possible composing of all kinds of most intensive emotions. 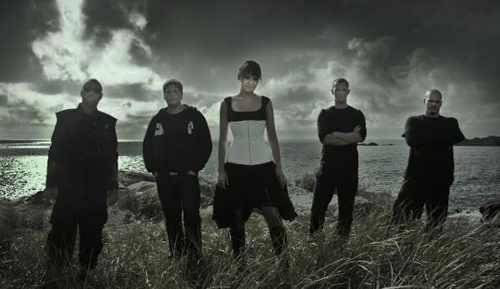 Bass player and vocalist Roger Stein Sund is fully to the go-around with his members presently, as he reports.

Hopefully you all doing well currently?

„Yeah we all are doing fine. A lot of stuff going on, organizing video shoot of „Darkland” song, and rehearsing for our first show promoting the „Darkland” album. We are also introducing a second guitarist, so he has to learn all songs. So yeah it's busy, but that's how we like it.”

Please describe yourself as a person, as a character!

„Hmm ... when it comes to music, I see myself as a stubborn perfectionist, and expect that the people I work with are the same. So sometimes I can seem like an asshole ... hehe!”

What percentage takes music into your daily life?

„Wow ... that's a lot ... hmm, maybe 90 % of my daily life. When I'm at my ordinary day job I always think about riffs and lyrics, and when I come home, I either go straight to my studio and work with other artists or rehearse with Evig Natt or Thundra.”

Four guys and one woman in a band – surely sometimes difficult for you guys?

„Actually we are introducing a second guitarist, so we are 5 guys and 1 woman. But that ain't a problem. We all hang out sometimes, and party till we drop, and Kirsten ain't the first to drop ... hehehe. But personally I am used to have Kirsten around, she is a part of us guys.” 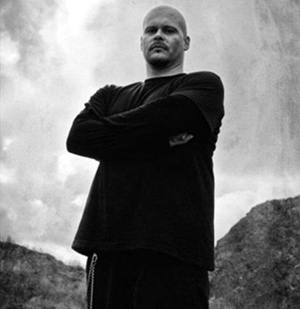 Who wrote the new songs for „Darkland” mainly?

„I only write music when I feeling „dark”. That's when I am most creative. I usually have a feeling, and build the song around that, either it is guitar or keyboard. I have actually written songs first on keyboard, then I have introduced programmed drums and then guitars last. But when I first get started, the whole song comes together in a couple of hours.”

Which was your most important goal for the new album „Darkland”?

„The most important goal I have set, was that it should be darker and harder than our debut album „I Am Silence”, but at the same time keep the unique Evig Natt sound.”

Where you've got the ideas for the songs mainly and when they come at best in your mind?

„Like I wrote earlier, I am most creative when feeling „dark” or just feeling down/depressed. And I think that can be heard in some of the songs, both lyrically or just the feel of the song.”

What is the meaning behind the album title „Darkland”?

„The first song I wrote for this album, was „Darkland“, it was then nameless. Kirsten was living in England at the time, so I sent Kirsten the song. She came up with a cool lyrically idea for the song. It's about ravens, which are sending the lost souls of people who have died, over in limbo ... or the „Darkland“, as we call it.”