These entirely imperturbable individuals from Buffalo, New York contribute since 1998 in the world of hard madness. Gradually Every Time I Die modified their style.

The Southern Metal of the combo became finally a Hardcore leant alarm. Their latest collection of songs got the title „From Parts Unknown“. Guitarist Andrew ,Andy‘ Williams answers the questions. 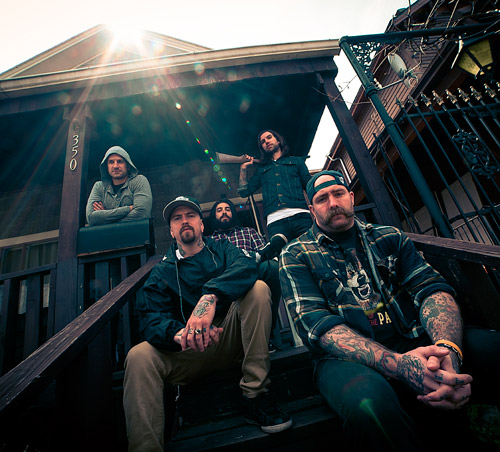 „Nothing out of the ordinary. We’ve always tried to make music to make people move in some way shape or form and we did that again. You can slam, dance or fuck to this.“

How do you see your own band among all the nowadays acts in hard music?

„I think we‘re still on our own island. There might be bands that try to do what we do, but when you hear Every Time I Die … you know it‘s us. I really like that.“

„From Parts Unknown“ - all in all a typical Every Time I Die output? Or some new elements to experience?

„We used a piano on this record as a kind of focal point of a song. That‘s really the only thing thats really different.“

„Haha, I guess? We definitely concentrate very hard on one thing and thats usually something along the lines of smashing something or blowing something up.“

How much time took the complete songwriting and who were the main composers of the new stuff?

„We had somewhere around 18 days to write the whole record. When we were on the a day to remember tour, we were getting a ton of ideas together, but we only had ten days before and eight days after. Then we had 30 days to record it with Kurt Ballou. Jordan and I split everything musically and then Keith writes all the lyrics.“

Please describe what stands behind the album's title.

„It just means that we’re coming from a different place. Theres kind of a positive vibe around the lyrics. You’d have to ask Keith about that though. He writes the lyrics, but when I read it, it feels uplifting and thats where the title comes from. Its very different for us.“ 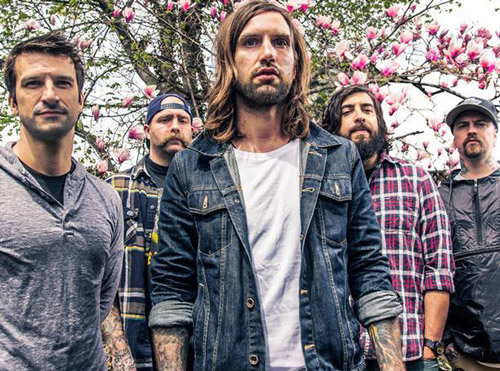 Tracks as „Pelican Of The Desert“ or „Exometrium“ for example seem to contain unusual lyrics.

Please report about the main content in general of the newest lyrics! About „Idiot“ - who is meant?

„I have no clue. Keith writes the lyrics. I don’t really know where he gets them from.“

Do you have a personal favorite unto all these new songs to date?

„Its kind of a boner thing to see, but I love the record as a whole. When I listen back, I always listen to the whole thing. ,The Great Secret‘ and ,Pelican Of The Desert‘ are super fun to play. So I guess those two.“

„Yeah sure. I watch a lot of pro wrestling. So that has a lot of influence for sure. Musically, I listen to a lot of classic Rock. Bob Seger, Genesis, Thin Lizzy, Black Sabbath. Stuff like that. Heavy music is pretty classic stuff, Entombed, Celtic Frost, Dismember, Slayer. It‘s kind of always been that way for me.“

What still counts most for you in making music?