If you are a devoted lover of their sounds, you will be able to taste the many colorful dazzling facets of the new and fifth Epica studio album. And the question arises as to how far these Dutch masters can still expand the broad spectrum of their noble Epic Symphonic Gothic Metal.

The preliminary answer to this is now „Requiem For The Indifferent“. The musical turnaround has been made mainly by guitarist and growl vocalist Mark Jansen, who seems to have grown out of himself as a creative spirit this time.

Countless days and as many nights, note-magician Jansen, after the last album „Design Your Universe“, gave himself completely to his own scale magic. And the equally obsessive as well as fully soulful musician did not stop itself from its own mental and physical exhaustion. 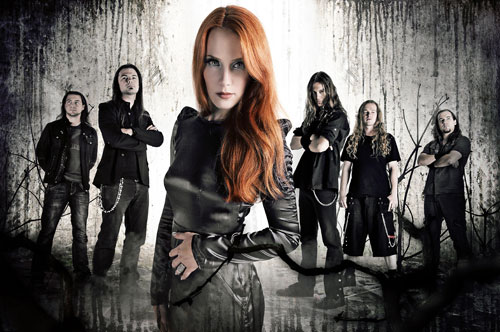 What was dangerous to him in the end, now reveals itself as a huge operatic prosperity for a genre enthusiast.

And clearly the man, with his urge for perfection in the work on this breathtaking multi-layered publication, has massively infected the mezzo-soprano Simone Simons.

Because what the Dutch sextet is currently doing could not sound more balanced and homogeneous.

I speak with Mark.

End of last year we've talked about the very exhausting songwriting this time for the new longplayer. Have you recovered well from all your efforts?

„Not at all, that's why I decided to book a trip to Mexico to visit all maya sites in South Mexico. I'm sure to put my mind on something completely different I'll be ready for the european tour in time. The songwriting process was very exhausting but also at the same time very rewarding. I'm very happy that we worked so hard as I'm very proud of the end result.“

What can you do for the genre fans with your upcoming music what other candidates can't?

„We always follow our heart and make the music we truly feel to make. I know some other bands (even in the Metal scene) who make music with their common sense while thinking about the money. We are very glad to be able to live from the music as well but I'm sure that we can because we always made decisions with the right intentions and that's why we're still around. I appreciate every band who makes the music they really want to make. That's also why I appreciate Opeth's new album as they just followed their heart. Of course some fans will be disappointed about their new album as there's no death metal on it anymore but I respect there step a lot as this is what they want. Our fans don't need to worry about Epica as we are still happy with the style we play and therefore "Requiem For The Indifferent" is a logical follow up on "Design Your Universe".“

Nearly one whole decade of existence lies now behind the band - when you think about all these time, what's coming in your mind, with „Requiem For The Indifferent“ in the hands? 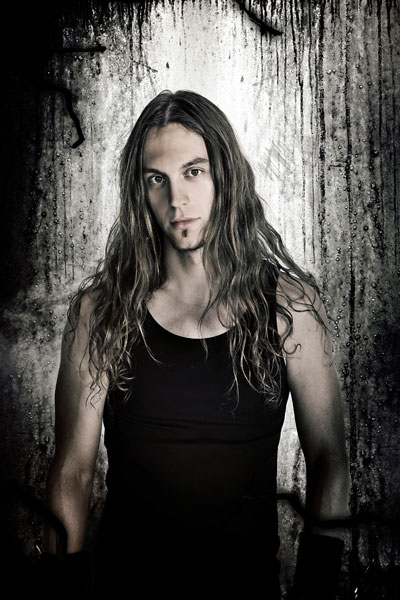 „I am happy with what we've achieved, I’m thankful that so many people appreciate our music and concerts. I am a satisfied musician but... of course I am still hungry and there are still goals left!“

What do you want to tell basically about the new Epica album?

„It's our 5th studio album and we are still as motivated as when we started. With this new album in the pocket we'll do a big world-tour. It took about 2 years to write the songs, which is a bit longer than normal but we wanted to take all the time we needed to get the best possible result.“

Are specific new facets of your music to hear on the new release?

„Even though the new album is in the line of the "Design Your Universe" album (it's the 2nd album with the current line-up) there are some new facets and some returning facets from earlier work. What returns is the arabic influences, but I think this time the arabic parts sound more oriental than ever before. What's new is a key-solo and in one song we have a Clannad like intro. Clannad is that band from the 80's with Celtic music. Great band.“

Epica did some small style-changes for „Requiem For The Indifferent“. What is there to tell?

„The reason for just small changes is that we're very happy with the style from "Design Your Universe" so there was no need to change that much about it.“

The new material sounds all in all pretty well balanced - how has developed the whole thing until that fine result?

„We always focus on the balance. That's also why a very strong song like "Twin Flames" didn't make it to the album because it wouldn't be good for the balance. I like to have some variation on the album, short songs, long ones, clear structure, difficult structure. Strong melodies and vocal lines are in every song needed. We have developed a way of working that works well for us. We start all on our own, at home. Quiet and peacefully working on new material. As soon as we reach the deadline we start sending our songs to each other. I collect all those songs and go to our producer Sascha Paeth to go with him through all songs and vocal lines. Simone is there as well. The three of us start working on some details and vocal lines. Sascha also makes a shift in the songs. Good songs and not so good songs. The not so good songs we work on again or drop. The good songs we try to improve until we're 100 % happy and we go to the studio to record the album. Miro who works there as well helps us with the orchestral arrangements, he has a huge sound library and he also definitely adds some fantastic things to our music. With Amanda Somerville we work on lyrics, she's american so she needs to rephrase some lines if it doesn't totally fit the way it has to.“

Also the new vocal-parts in whole seem to be more balanced than ever before in Epica - what's your opinion about them?

„We experimented a bit with the vocals as well. For example "Deter The Tyrant" is a track, the verses we recorded with grunts, but Simone tried some things and it worked well. So we decided to use Simone's parts as it is more special. Therefore I think everything is balanced in a good way. grunts where they are really adding something and choirs where they can shine and all other parts for Simone. We did the pre production earlier in the process so we had also more time to adapt the music to the new vocal lines.“

What's your ideal song on the upcoming release and why?

„My favorite is "Serenade Of Self-Destruction" its a song that contains all Epica elements. The last song of the album needs to be a strong one. But I like all the songs a lot, otherwise they wouldn't be on this album.“ 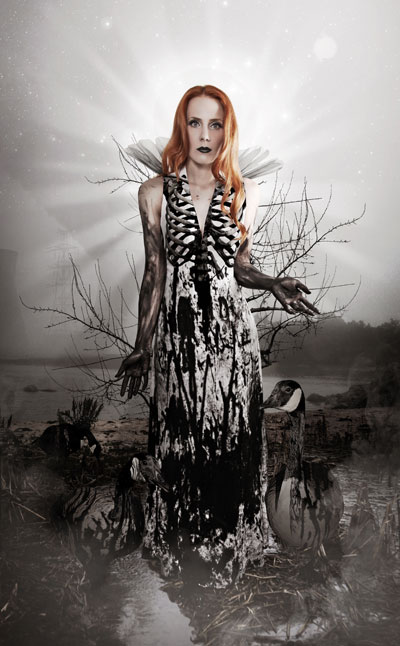 Please tell also about your best personal achievement on these new album.

„I am proud of the total album. We have achieved a difficult task: making a follow up after "Design Your Universe". The pressure was high and the expectations were high but we managed it. I'm very proud of that.“

What are you still looking for in terms of development of Epica's musical style?

„We're just done with this one so we didn't start thinking about a future development yet, we'll see. When we start writing new music we'll see in what direction it will go.“

Which main-topics contain the new lyrics? Feel free to give an longer answer!

„"Requiem For The Indifferent" - this title refers to the end of an era. Mankind can no longer stick their head in the sand for the things that are happening around us. We are facing many challenges. There is an enormous tension between different religions and cultures, wars, natural disasters and a huge financial crisis, which is getting out of control. More than ever we will need each other to overcome these problems. As we are all connected; the universe, earth, nature, animals and human beings, this period in time will be the prelude to the end for those who still don't want to, or simply won't see it. A requiem for the indifferent but also a possibility for a new beginning with great new chances! This explains it all but I'd like to dive deeper into the topic. I developed a theory why the world looks like the way it is now. Money was once invented to make trading of goods easier. In the beginning it was a blessing, it worked really well and things became much easier. Coins were made of silver and gold. Later on coins and gold were separated, but governments needed to own the same amount of gold as the money was representing. After that money and gold were separated and money is in fact nothing but air nowadays. But the theory that I made is about how people get challenged to get as much as possible of this money. We have a free marked economy. On a free market the ideal thing is that everybody had freedom and ca start his own business without giving all this income away. But it also opened the doors to excessive greediness. Some people wanted more and more. Their whole self esteem is build on the amount of money that they have. The owners of the biggest companies in the world are on these positions because they are the masters of the $$$. Most of these people (there are a few exceptions) don't care about you and me, they just care about themselves and their mission to collect money. They got these high positions in companies by lies, deceit, getting rid of competitors, corruption and being extremely cold. The world is ruled by these kind of people. These are the "indifferent" where I'm talking about. Money rules even controlling governments. So governments are depending on the biggest companies. As long as this is the case we will live in a world were we are slowly destroying the planet and therefor ourselves. The only way to have this all changes is in my opinion a collapse of the money system. We don't need to do anything for that, as money is the equivalent of air and sooner or later there's no base for it anymore and it will collapse.“

Unfortunately the world's whole cultural and economic situation became extremely bad, and an end of misery isn't in sight - which are your personal forecasts for the next years?

„I truly believe that the current money system will come to an end. So when that happens there will be chaos, but because of this chaos we'll be able to create something new. If we're smart of course, we need to learn from the past. History tells us that with some things it's very hard to learn. But things will happen over and over again until we learned from it.“

What are your biggest hopes with Epica for 2012?

„Touring a lot and that our bigger shows will be successful. We will tour with a bigger production in order to present an exciting show to the crowd. I'm excited for this and hope to see many fans on the road!“