With their second album „Consign To Oblivion“, the successful Dutch around the attractive vocalist Simone Simons deliver after the 2003 debut „The Phantom Agony“ again as melodic as bombastic arranged Gothic Power Metal. The independent creative sextet, whose emotional multifaceted and sometimes operetta music dramas in its stylistic proximity are meanwhile near to Within Temptation, surprises on this new work one after the other with refreshing ideas.

The current album successor appears as a tremendously versatile noble work which is likely to appeal to a broad variety of listeners of opulent and epic Metal sounds. Guitarist and songwriter Mark Jansen, currently with Epica on European tour, informs out of Barcelona about the new album release. 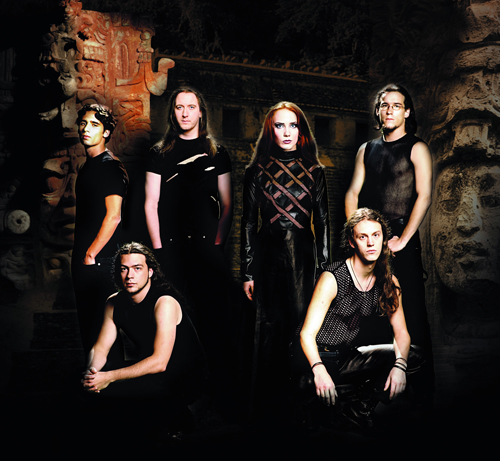 Hey Mark, how are things running for Epica?

„Hi Markus, things are going very well with the band, we get offers all over the world to play gigs. This is what we were dreaming about since our childhood, dreams become reality now.”

How would you describe your newest music to starters?

„When we talk about the new album which is going to be released in September, it's filmscore music written for the Dutch movie "Joyride", but on the album there are also a lot of songs which are written for the CD itself. You can compare the music with scores like "the Gladiator" or "Braveheart" (according the review from the Dutch magazine Aardschok). When we talk about our 'band'album "Consign To Oblivion" which has been released half a year ago, it's metal, rock and also filmscore elements. The CD sold already very well, entered the charts in the Netherlands (#12) and Belgium (#60), we hope that we get the opportunity to grow in Germany as well.”

Are there any bands/classical composers as influences for your new songs to mention?

„We just recorded two new songs for a new single, one of the two songs is a cover by one of our favourite bands from the past: "Death". Other influences are Sergei Wassiljewitsch Rachmaninov, Hans Zimmer, Danny Elfman.“

Which are your eternal favourites?

„Nightwish is a great band, and I like Kamelot a lot. Classical composers like Wolfgang Amadeus Mozart and Ludwig van Beethoven are great but my favourite is Rachmaninov.“

„We produced the filmscore CD ourselves and recorded in partly in our homestudio and partly in Wolfsburg (Germany, Gate studio). "Consign To Oblivion" has been produced by Sascha Paeth and Philip Colodetti. And that one has been recorded in Germany as well.” 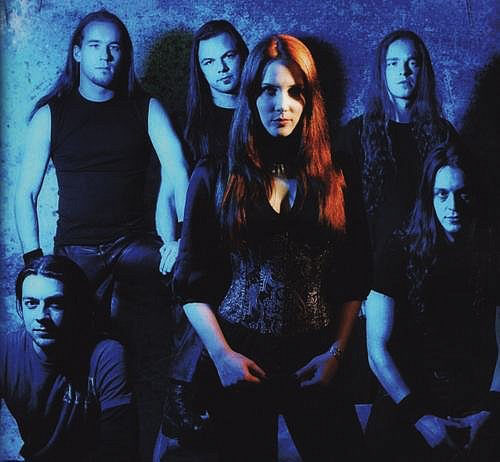 „There's a DVD enclosed with the album "Consign To Oblivion", you won't be bored while watching this dvd, a lot of funny moments are shared with our fans. [laughs] We had a great time in the studio, it's already a year ago that we recorded the album so I have to get back in my memory, I prefer always to look to the future and forget the past quickly. We did a lot of swimming during the studio period because it was summer.”

How long took the complete songwriting for the new release?

„"Consign To Oblivion" took us 1 and a half year to compose, "the Score" took us several months.”

Who out of the band did compose all these touching melodies?

„I come up with most of the melodies.”

„"Consign To Oblivion" is based on a culture "the Maya culture" which has been faded away. But the knowledge of the Maya's has never been gone. Nowadays a lot of people show interest in the Maya knowledge. That's a good thing because these people were very wise. As possible!”

„Again the Maya culture, I've read a lot of books about the culture and saw some movies about it.”

„"Consign To Oblivion" sold already very well but due to touring we hope to convince even more people to buy the album. The score is difficult to guess. We never released a filmscore album before so I really don't know if metalheads and goths are also going to buy this album. I think it's worthy, especially if you like movie scores.” 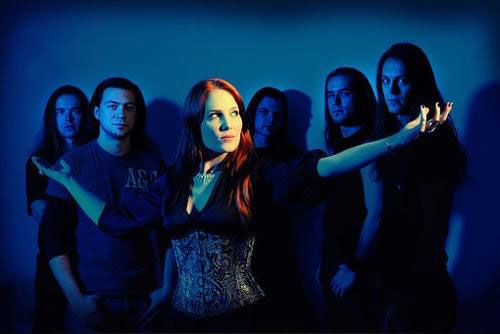 Where do you see Epica in ten years?

„I can't look 10 years ahead. I look maximum 1 year ahead because things go always differently than you expect. We just keep on going and work as hard as possible.”

In which country have Epica the most dedicated fans?

„In Mexico and South America. According Europe we have our most dedicated fans in Spain, France, Belgium and the Netherlands.”

In which specific direction the music of Epica will go?

„We are already composing our 3rd band CD. It's gonna be more heavy but still with a lot of filmscore elements. Some songs are already finished and if we can keep this high standard longer than this album is gonna be our best album. I love the new songs a lot.“ [smiles]

Special effects planned for the next concerts?

„We bring a big back drop and side drops, it looks really cool, the more the band grows the more we can afford to improve the show.“

Other main plans for the future?

„Yes, we're going to do a big South American tour in December this year 2005 and we will come to Germany before together with another Dutch band, "Autumn", in November! Thanks to you, Markus, for this interview!“