Enthral`s third and lastest album, „Subterranean Movement“, shows these strong-minded Norwegians now more brutal and much more complex than ever before during their constant career.

Formed in the summer of 1995 by drummer Kjetil Hektoen, who has overtaken also percussion and vocals (!), and guitarist Gunnhild Bratset in their home town Sunndalsøra, soon they have been found their musical direction: atmospheric dark music in the guise of Black Metal. Black Metal without reaching the extremes of this scene, but very moodful, atmospheric and somehow unique.

Kjetil does also play drums in the innovative Norwegian Black Metal troup Crest Of Darkness. The current framework of Enthral is now tighter.

The new songs own still atmosphere, but where that atmosphere used to be epic and dreamly melodic, it is now harsh, bizarre, awkward even. Fur-slayer Kjetil, axe-swinger Gunnhild, bass-beast Martin Rafoss and second hell-guitarist Ronny Hansen can be without any doubt proud about „Subterranean Movement“, a good demonstration of authentic musical development. I felt also proud, to attack Kjetil himself with some questions concerning the new album.

Hi Kjetil, how is the feeling within the band these days?

„Hello there Markus! The feeling within the band these days is great. In fact, it´s a very long time since everything felt as good as it is for the moment. We have already come a long way with the compositions for the next album, so in many ways the release of "Subterranean Movement" has given the band the necessary vitamin injection. We´re also getting mostly positive reviews, so yes, finally we can build upon the fundament we layed some years ago. It´s also interesting to notice that we actually have fans. I have received quite a few emails from people all over the world lately, expressing their excitement to notice that the band is still around.“ 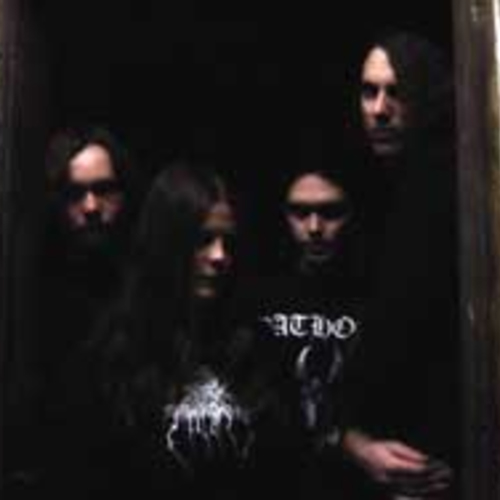 Which music do you listening nowadays and which bands are in your eyes really good?

„I mostly listen to eigthies Black, Thrash, Death and Heavy Metal, simply because I find that period of time to be the most interesting and vital part of the music scene. You know, bands like Bathory, Onslaught, Sabbat, Death, Infernal Majesty, Kreator, W.A.S.P., Mötley Crüe, Dio etc. This may sound narrow-minded, but I don´t view it that way. To me Metal is a very varied and I personally don´t find other genres that appeals as strong the way Metal does. Also the first half of the nineties were great for Death and Black Metal (Morbid Angel, Deicide, Nocturnus, Darkthrone, Dissection, Mayhem, Satyricon), so there you have my musical tastes in a nutshell. On a positive note, the Metal scene is growing, and there are some great new bands coming up. From Norway I will advice you to check out Koldbrann. They just released their debut album through Desolate Landscapes. Also Audiopain, Orcustus, and Lunaris deserves attention. My two absolute favorite bands of all time are Sabbat (UK) and Bathory. Both bands have left a tremendous mark in my life, and I view them as some of the most exciting and creative bands ever to face the earth. They are a bottomless source of inspiration. If you haven´t heard the two first albums by Sabbat, you better go and purchase some copies! I guess you already own a couple of albums by Bathory in your collection.“

The obscure sound of Enthral has undoubtly changed again, more in the Progressive Dark Metal-direction. Why?

„I guess it´s just a natural evolution. We have never been a band consisting of individual that wishes to play safe. We need challenges. If Enthral were to do the same thing over and over again we´d be bored, and I guess our audience would be too.“

At which date arose the desire for a change in the style of Enthral?

„Shortly after the release of our second album, "The Mirror´s Opposite End". At that time we had taken the majestic and dark sounds as far as we could do I think. The whole band felt that way, and we began writing material for an album supposedly to be called "The Relinquishment And The Renascence". We did a few demoes on that one, and some tracks are great, others we can call an experiment, or not as good as we first thought they would be. I doubt any material from that album will be released.“

What do you think, will say the fans of the music from the previous both albums to this change in style?

„It seems to me that the people who enjoyed our first releases will have respect for our decision, and at least try to catch the nerve of "Subterranean Movement". Here in Norway almost everyone are very excited about the new material, and the sound of the band. Mostly when a new album appears here in Norway, people are always fast to make up their opinions of which band you sound like, but so far noone has come up with any comparisions.“

Which imaginative visions do you wish in the listeners minds, while they consume your music?

„I don´t want to force feed them with anything at all. Each persons conception of music is so diverse that I guess, I would destroy their visions if I told anything. I have mine, I will let others have theirs.“ 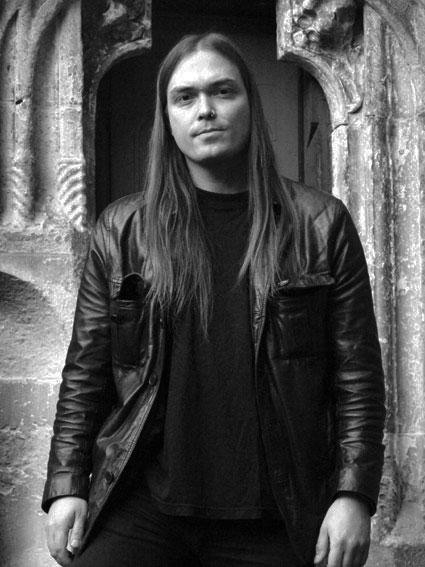 What has the current album title to mean?

„"Subterranean Movement" deals with two matters. First it refers to the Metal underground, and as we´re a part of it, I found that to be a suiting title for the album. The title track deals with more straight in your face anti Christianty, where the Subterranean Movement are the ones who dare to challenge the word of god, for we are many. And at the same time we don´t depend on each other. In many ways really classic stuff, but there´s at the same time a few lyrical twists and turns that separates it from many other lyrics dealing with anti religion.“

Please tell me a few words about the lyrical content of the new Enthral tracks!

„The lyrics are spun across quite a few different themes. Some track deals with angst and paranoia, others have that more straight in your face anti-Christian message. I also question the so called misanthropy many (not everyone!) Black metallers speak so loudly about. I have problems dealing with their hate for all mankind mentality, when all they do is preparing themselves for the weekend, when they go out enjoying themselves with booze, and dying to meet people. It´s pretty ironic when people get together by the tables to speak on how much they hate people. Really tragic, and laughable as well!“

In which moods were the new lyrics written?

„The lyrics were written in anger, anxiety, and also in a special kind of mood when the words seem to write themselves. I don´t follow a particular formula when I write lyrics, and they are never written for a special song. Martin and Gunnhild also wrote a few lyrics earlier, but on the new album I have written all of them.“

Which things have influenced your creativity more or lesser in the pre-time of the current album?

„I guess the music we have been listening to, and what has been going on in our daily lives. Every day offers a new challenge, and you either master it, or fail, something creative can come out of both experiences.“

In which moods were the new songs composed?

„The music has been written mostly in our rehearsal studio, and whatever the mood may have been when rehearsing, that´s what comes out. I can´t point out one feeling only.“

Exists a concept behind the new album, and if yes, which one?

„No, there´s no concept behind the Subterranean Movement. Sorry!“

Which were (and still are) the inspirations for your music?

„Every member of the band has been listening to music for a very long time, and whatever draws our attention may inspire us. Also, as mentioned earlier, experiences from our daily lives can be inspiring.“

What does your band name mean?

„Enthral was chosen because of certain atmospheres we were inspired by at the time we formed the band. There was a lot of darkness involved at that time, and there still is. But we have evolved, and view the darkness at different angles today.“

Please describe yourself with a few words as a person and as a character!

„I´m the kind of person who, if determined enough, like to do things to the extreme. And I try to never let those I care about down. I care about my family, friends, and the members of Enthral and Crest Of Darkness.“

Which is your definite goal with your music?

„To never stagnate, if any chance to live from music should occur, I will gratefully accept it as a bonus for years of hard work.“

Your plans for the future?

„We have started composing material for the next album, and so far we have five new tracks ready. Hopefully it will be released summer 2004. We also hope to perform live outside the borders of Norway as well. If some promoters would like Enthral to perform in your country, get in touch! I would like to say thank you for this great interview! Horns!“