Meanwhile Enslaved have perfected their ,second‘ style so deep und fine that it almost stand out kilometer high in terms of perfectly shaped originality from the monotony of the Extreme Metal scene.

What the Norwegian pioneer began in 1991 with most ruthless and bitter frosted Viking Black Metal, opens now in stimulating melodic and hymnal uplifting Progressive Nordic Metal. So, the five-piece male bonding from Bergen is witching by the new dark album spell „Riitiir“ equal in many tricky disciplines for an exceptional listening experience.

All relevant and independent trademarks, which got developed by Enslaved since their furious Black Metal forging time, hereupon give the big jack in the hand in symbolic manner on these incredibly complex disk.

For singer and bassist Grutle Kjellson and guitarist Ivar Bjørnson, which began this unique formation once as 17- and 13-year (!) adolescents, have finally remember to this day that one as a musician listens at best to the personal inner voice. 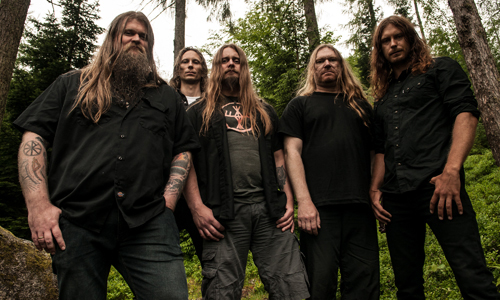 Hey guys, how are you doing these days?

Ivar: Thanks, we’re pretty good I suspect. The feedback that is coming in is astounding, and we’re very proud of our new album. The late summer and autumn in Bergen is beautiful, so I think we can conclude by saying that these are good days in our lives. Hope everything is good in Germany too!

Please describe the main character of the new album „Riitiir“!

Grutle: The main characther of the album will have to be man or mankind to be presise! “Riitiir” is “The Rites Of Man”. We write about how mankind have been approaching life since the dawn of mankind, our achivement as well as our decadence.

Please tell the readers about the main content of the lyrics of „Riitiir“! One can be very curiously about while listening to your newest material!

Ivar: “Thoughts Like Hammers” are lyrics that serve as a good representative for the album, but every song has its own “micro-theme” and identity. The overall concept is somewhere under a giant arch of the concept “Riitiir”; meaning something like “The Rites of Man” – this is an abstraction large enough to allow us to go in so many different directions… which we also do! “Thoughts Like Hammers” is a song that deals with focused destruction, or masculine destruction if you will. It can be drawn towards so many interpretations; mythological (Thor), runes (Thurisaz), philosophy (Nietzsche’s testing of values with The Hammer), psychology and so on… or simply as a strong lyrical and expressive text. That is my definition of good lyrics; many possibilities and interpretations. 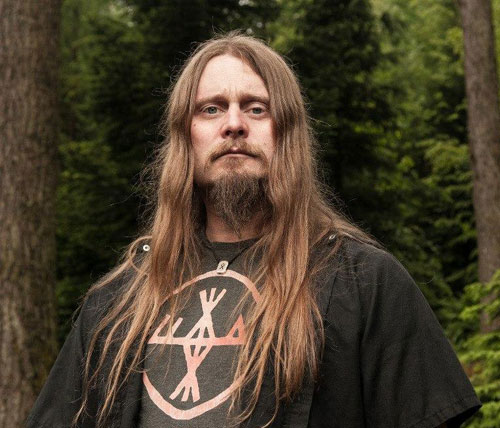 Who were the main lyricist for the new output?

Ivar: Myself and Grutle have written four lyrics each. Mine are “Thoughts Like Hammers”, “Veilburner”, “Materal” and “Storm Of Memories”, while Grutle’s are “Death In The Eyes Of Dawn”, “Roots Of The Mountain”, “Riitiir” and “Forsaken”. The concept for entire album is something the two of us have worked out together, like we always do…

Which worth mentioning differences to the previous Enslaved songs are waiting for the listeners now?

Ivar: The first thing one can notice is perhaps that every song is quite long! I think the best way to describe the new material is to say that it has more of everything!! The beautiful is more beautiful and the aggression is more aggressive. While the previous few albums have been more “specialized” in certain directions; “Vertebrae” was mellow and “Axioma Ethica Odini” more straight-in-your-face – I would say that the material on “Riitiir” has more of everything that Enslaved represents.

It sounds on these new album if devotion to many varieties in the proofed Enslaved style is still your greatest love; isn't?

Ivar: I think that being able to express ourselves in so many different ways while still maintaining some form of unified sound (which I think we pull off somehow) is one of our reasons for stayin’ alive this long. I think working within a tighter frame of expression works beautifully for some bands (Motorhead is f*****g awesome!), but for us the changing dynamics works with keeping us vital. Our greatest love is for music – some of us collect music very actively, some work in studios outside the band, some play music outside Enslaved and so on: this fulltime dedication to music is also influencing the music – there is always some new and weird influence on its way to sneak into Enslaved’s expression. 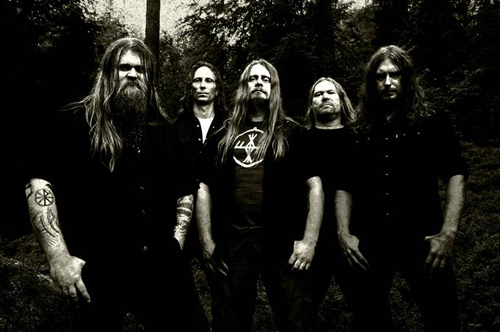 You guys reached it to celebrate the individual style of Enslaved often times in an sheer awesome emotional and atmospheric manner. Did it come totally naturally anytime?

Ivar: Thanks for your words, first and foremost! This is how I feel about it also! I would say that this is one of the things I am most proud of: it all comes “naturally” – we never make a decision on “where to go”, we just do it.

More: what's your personal ,secret‘ to get such an outstanding dynamic and highly atmospheric result again and again, song by song?

Ivar: Well, thanks! I think it all traces back to something as simple and cliché-like as dedication. A way to keep writing music for me is to simply not question inspiration or impulses to write music. If an idea comes, I’ll make sure I facilitate a setting where the music can come out. If it means sacrificing the hours of sleep, a holiday or whatever – composing is the first priority. Music and lyrics are dead serious to me; it is my life – not just “something” to do as a hobby, and I think this intense relationship to the art is reflected within the art itself. In short: the music is sometimes crazy because we are sometimes crazy.

Is it allowed to ask about special musical influences in your newest art? Guess, you guys do listen to Metal and many more sounds simultaneously!? 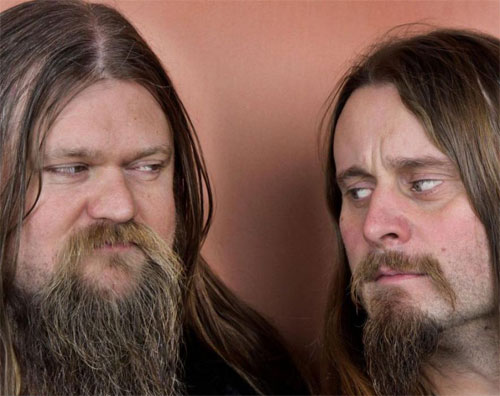 Grutle: Well, maybe not quite at the same time, but we do listen to variety of different stuff if that´s what you mean. We are a bunch of music loves, and are not that concern about what you like to call the different direction the music takes. Or what the specific genre is called. Others can argue about such at forums on the internet, and be concervative about music. We like to think that if it sounds great, it probably is great.

Who acted as the main composer for the new album - and what are his main qualities in your opinion?

Grutle: Ivar is responsible for writing the riffs, while me and Herbrand will do the vocal arrangements. The three of us are the main guys when it comes to the actual production, although this time our engineer, Iver Sandøy,was a co-producer. I love working with the music Ivar is making, and I think he is among the best songwriters in Metal, if not in music in general. Today´s Beethoven anyone?

How long did the work on the songwriting for the album?

Ivar: The first that was written, namely “Storm Of Memories”, was written in January and February 2011. The final song to be written was “Forsaken”, and that one was finished in February 2012 – so approximately a year of writing, arranging and rehearsing!

With what expectations did you go to the composing work for the new Enslaved release?

Ivar: The expectations are still the same: that we will make the best music possible for us, and that whatever musical and technical challenges turn up, we will work as hard as possible to overcome them through hard work and rehearsing. We are still making music that we want to listen to ourselves, and the expectation is just that: make music that we really enjoy ourselves! 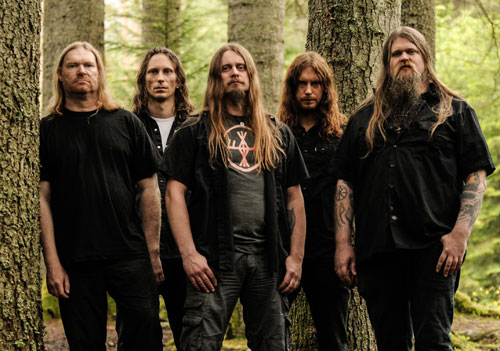 Where you`ve got all the new ideas for your specific style?

Ivar: It comes from enjoying other music and other art – it could be a David Lynch movie, a H.P. Lovecraft story or a walk in the forest. Or simply from walking through a park at night. Music and Enslaved is integrated in my entire life, so my entire life is influencing Enslaved.

And: when did they come in your mind at best?

Grutle: We try, at all times, to accumulate ideas and inspiration that we can use somehow in the future. We can draw inspiration from anything really; Books, movies, conversations, articles, things we see, things we hear, things we dream, anything really. It doesn´t necceserily have to be anything specific we use it for, and some inspiriation can lie almost in a metamorphose for some time before its purpose is clear. I´ve written lyrics mor than 10 years after the ideas first came into my mind actually.

What's your personal view about the ,timeless progressive spirit‘ of „Riitiir“?

Grutle: I´m flattered that you see it that way, our music being both progressive and timeless. Thank´s a lot. That means the world to us.