In 1995 they founded their group. And since then, the exceptionally talented Finns have played with their fulminant songs over the years into countless Folk Metal hearts.

Wait a minute, 1995? Then there was the 20th anniversary to celebrate!

And for that very reason, the stable band around singer and Axeman Petri Lindroos is now presenting a lovingly compiled retrospective with the very fitting title „Two Decades Of Greatest Sword Hits“.

Since 2004 he has been in the line-up. And as bass player Sami Hinkka gives insight, it was an exciting and revealing process for the entire horde to select songs for „Two Decades Of Greatest Sword Hits“ together. 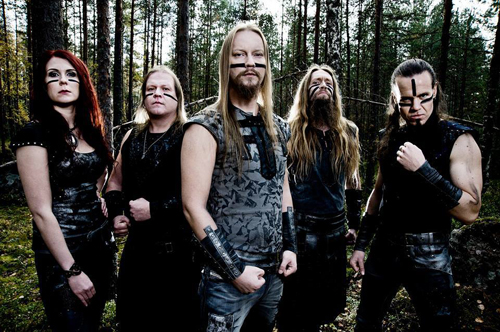 How do you feel now, after having finished these special collection of Ensiferum songs for „Two Decades Of Greatest Sword Hits“?

„It feels good. It was cool to choose song from all our albums that would give good view how the band has evolved during these years. And even though it is sort of "best of" album, there were many hit songs that didn't fit on the album and that makes it fun for us to make live set lists, we are not tied to play just certain hit songs but our fans really appreciate all of our songs.“

How to celebrating 20 years of Ensiferum due? Do you make a big band party in Helsinki with all past and present members?

„Nah, there was no time to organize any party because of all tours and we are also working with new songs. Maybe when we turn 25?“

Do you become nostalgic here and there, when you looking back to the whole career of Ensiferum?

„Of course it's nice to remember all gigs, tours, studio sessions etc. but maybe the nostalgic feelings will come after the next 20 years.“

Ensiferum survived all trends - did you ever expected to be on the ball such a long time with the band? 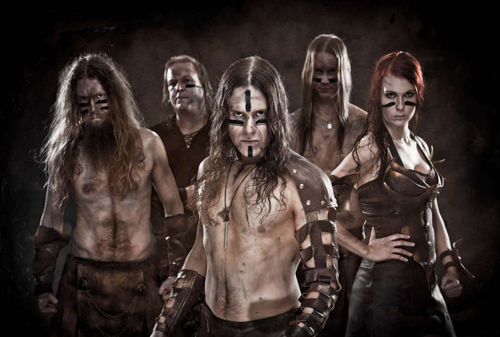 „I guess it's because we never followed any trends but just kept doing our own thing. No matter what happens we will keep creating music we love.“

How did you get the idea for such a best of release?

„It was actually Spinefarm's idea to put out album that gives fans good chance to hear how our music has evolved and we liked the idea.“

How difficult was it for you guys, to pick the songs out of the big repertoire to reach a good fitting homogenous, music experience?

„It was quite hard. But even thought many hits were forced to leave out, I think the tracklist is very good and it takes the listeners to an interesting ride through all our albums.“

How long did last all the work for all the compiled stuff?

„There is one previously unreleased track but it was also ready so overall the process wasn't that long compared to composing a new album but choosing songs, cover art, quotes for all songs etc. took their own time.“ 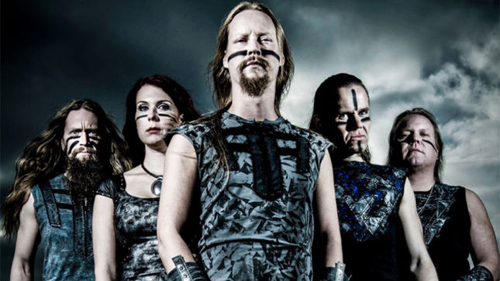 After all these years, what counts most for you in making music with Ensiferum?

„Same as always, having a good time with your friends and sharing those creative and frustrating moments what are needed before the overwhelming feeling when you know that a song is finally ready and as a crown jewel are live gigs.“

„Yes, we work better and better as a band year after year.“

Be so kind and tell a bit about the newest song material of Ensiferum and give a bit of an insight into the next studio album!

„We are already working with new material and it's already obvious that the next album will be another step ahead for our music. Something new, something old, lots of Metal and tons of Folk!“