Even more clearly than „Aggressor“ an album title for such a noise disc probably can not be. And it could not be titled more appropriately.

After all, the damned brutal monster-mix of the Hungarian Groove machine out of Metalcore and Neo Thrash hits really hard in the face! The new disk of these ever-enraged rebel-souls contains everything for which Ektomorf have been unyielding and upright from the beginning.

And it was not only the persistent alarm group itself that gave everything for „Aggressor“ that was there. Also, screamer, guitarist and songwriter Zoltán ,Zoli‘ Farkas has once again reaped a great deal in all aspects. I speak with Zoli. 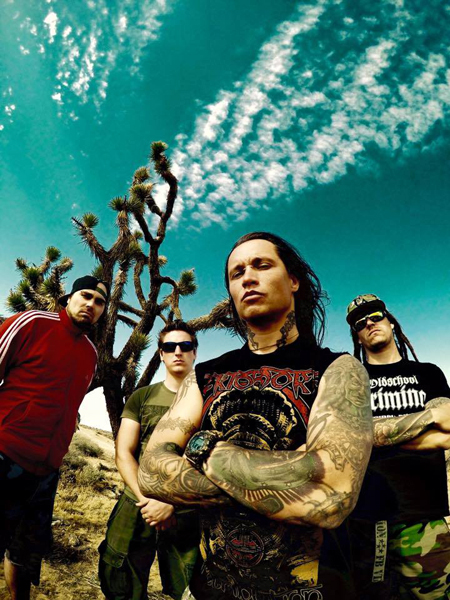 For which musical ideal does stand also the new album?

„Just as always - to remain as we are and what we were, but to bring new songs that make us and the fans happy!“

After all the years, what counts most for you with Ektomorf - to get out all the anger?

„The love for music! It's a big part of my life and this gives me and us the strength and power to go on and create new music.“

Please tell the most important things about the new release „Aggressor“!

„‚Aggressor‘ is the strongest and most passionate album since ‚Outcast‘. Also the sound of these release is the most powerful and fat since we use 8 string ESP guitars. That gives a new vibe and made it more solid and Metal than we had ever before. The lyrics have more to say with the same power and anger we had before but more on all way! And there is a lot of work in this album, my favorite in my career.“

Be so kind and describe the main musical character of „Aggressor“ with your very own words! ​

„Clean, straight and powerful ! Dark and honest! And brutal on all way.“

„It's me, I write all the songs and lyrics. In the end, before the recording, everyone in the band bring some parts and own taste, but it's me who write the music and lyrics.“

How important are contrasting elements in the new Ektomorf material for you?

„Very important. I always try to get the music that way and it works.“

How long have you been working for songwriting for all new stuff?

„It's about one year, right after the ‚Retribution‘ tour I started. The whole thing started on the 8 string experience. I got one LTD Stephen Carpenter Signature from ESP but I asked it only for trying, not to get real into in the 8 string world, but the sound of that guitar just blowed my mind away! It inspired me and still do. Not much later I got my ESP 8 String Signature Viper of my ESP family, so I just got even more into it! By now I only play 8 or 7 string, it’s just more tone!“ 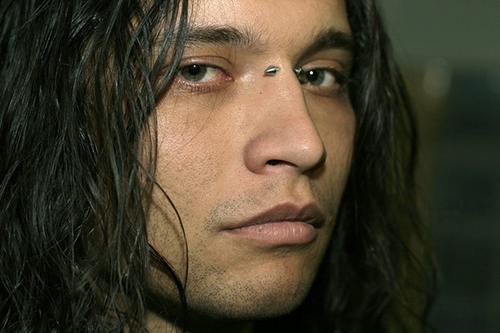 What’s your very own personal view about the ‚artistic spirit‘ of the new album?

„We are further forward and musically more creative, the band is also very strong together.‚Aggressor‘ is a big step in our career!“

Which noteworthy (small) differences to the previous album(s) are waiting now for the curious maniacs?

„Actually the fans gonna get a Ektomorf album with a new, more Metal sound.“

Influences which led to the new songs?

„Mainly I just been followed to what I have in my head and heart.“

Please bring the lyrical core of „Aggressor“ a bit closer!

„It's about some who I can't stand, which make my life hard, and it comes then worse out of me. Due to this person or about its personality I become an aggressor.“

Which of the new lyrics goes most deep into your heart and soul?

„All of them, cause they come from my heart and soul.

„Thanks for the interview - hope to see you on tour!“