In a way, Eivør Pálsdóttir may seem ‚exotic‘ to most people who come into contact with their art and origin for the first time.

After all, the Faroese lady, who sings just as independently as she composes highly intuitively, is anything but commercial and suitable for the masses.

Since the turn of the millennium, the guitarist has been releasing her very special atmospheric and eclectic songs, which stylistically range from Jazz and Folk to emphatically pop Ethno and Trip-Hop. Hence the comparisons with the Icelander Björk Guðmundsdóttir, which can be read from time to time.

But Eivør is unique. Borrowings from classical and church music are also used by the soprano, which results in exceptional sounds all around. With „Live In Tórshavn“ Eivør presents a live album with 16 exquisite classic songs from the last three albums „Room“, „Bridges“ and „Slør“. 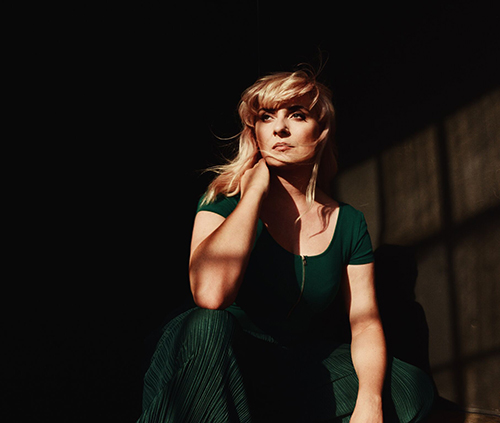 The whole thing was recorded in January 2017 in her home country at three of four shows played together in the Old Theater of Tórshavn.

How - nervous - did you feel the days and nights before you went on stage?

„I think I always get a little extra nervous when I play shows back home, maybe it has something to do with all the familiar faces in the audience, but at the same time it´s always very special to play concerts back there where my journey started.“

Are there mentionable differences to tell about the three evenings, in terms of the audience, the atmospheres, etc.?

„I remember that every show had a different vibe and the recordings are mainly from the last two shows we did. Maybe because we knew that the tour had come to an end and we gave all of what we had left. I also remember that the audience was wonderful and colorful with both older and younger people and children in the crowd as well and the atmosphere was amazing. My friend helped me decorate the beautiful old theatre, and to add some rock´n´roll to the romantic theatre vibe we brought in old oil barrels which we used as tables where people could stand and we had lots of candles everywhere. It was beautiful and a special moment for me.“

How did the rehearsals go?

„We didn´t have to rehearse because we had played so many shows that year haha!“

Performed were songs out of 3 albums - how did the song selection for the 16 tracks turn out and why did these compositions make it in the new release?

„Well on these shows I played songs mainly from my three previous albums. It was actually much harder to choose the song selection than I thought it would be but I ended up simply choosing the recordings which I felt were the strongest.“

What kind of emotions dominate these songs?

„I think that the themes and emotions of these songs all go back to nature, and the fact that life is a part of nature. Pain and bliss, love and loss all go hand in hand and we just have to get the best out of it.“ 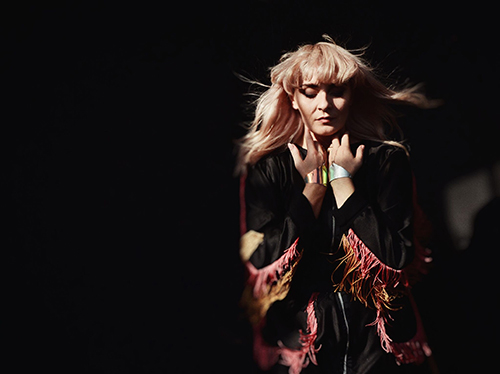 Were the live recordings still edited or left in the original?

„I wanted to keep this album as authentic as possible so everything you hear on that album is very much what happened those nights.“

Please describe the main musical ‚character' of „Live In Tórshavn" with your very own words!

„The songs on this album are from my last three studio albums and the fact that these versions are recorded live gives them a very different character from the studio recordings. In a way I would say the character of this album is more extreme, more wild and more vulnerable at the same time.“

What have been the hardest / most difficult passages in the production of „Live In Tórshavn“?

„The hardest part was definitely choosing the 16 tracks to go on the album. It took me ages to make up my mind haha.“

What is most important to you about this new live album?

„It´s important for me to honor all the beautiful past moments in music with my audience and this album is a way for me to show my gratitude.“

You’re an very active and motivated musician since many years - did you ever expect to be such long on the ball?

„It was always my dream to become a musician ever since I was a little girl. There was always this passion and curiosity in what music can do. Time flies and many years have passed and many things have changed since I first started making music, but that little playful and curious girl is still there somewhere within me, always looking for the perfect song and sometimes I even feel that I have only just started. I´d like to see myself become an old lady still making music and still trying to write that perfect song.“ 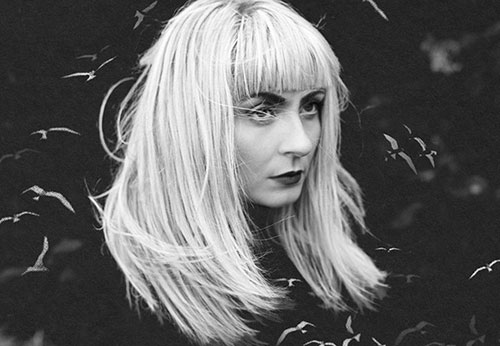 Be so kind and describe your inner development as a personality, character and musician since your start in music scene.

„My joy of singing comes from my mom. I remember hearing her singing loud and clear in the living room when I was a child. I was always her number one fan and I still am today. Singing is big part of the culture I come from and people tend to sing a lot. There is a song for every situation in life; there´s one for putting you children to sleep, one for waking up, one for sailors at sea, for moments of grief and for moments of joy and so on. I always felt very fascinated and connected to this culture where singing is such a natural part of your everyday life. When I was a teenager (14) I started playing in an underground rock band and that´s where my passion for music really took off. Playing music with these musicians really opened up a door into a whole new universe of sounds and songs waiting to be written. At the age of 16 I recorded my first solo album and it´s been quite a journey since then. A lot of new discoveries about what music is, how it can be shaped and how it can resonate in so many different ways and now working on my 11th studio album I still feel that I am in constant movement although I feel more confident in what I want my music to sound like.“

„I think that what drives me the most is my curiosity in creating something that my soul is yearning to hear. And it´s something I can´t ignore.“