Founded in 1993, the Norwegians are among the repeatedly cited Viking Metal pioneers, alongside formations such as Thyrfing, Månegarm and Mithotyn. Co-founder, guitarist and vocalist Frode ‚Grimar‘ Glesnes has kept his team together ironclad ever since. Einherjer have never been in a hurry with new releases, preferring to tweak their material until it fits seamlessly into the existing style.

The new album „North Star“ proves that the quartet's songwriting nevertheless remains persistently original and lively. I talk with Frode about the new release.

Congrats from me long-year follower for „North Star“, it's a blow of an Viking Metal album, with magnificent musicianship - how does it feel to be back after 25 years with the label where it all really started with „Dragons Of The North“? 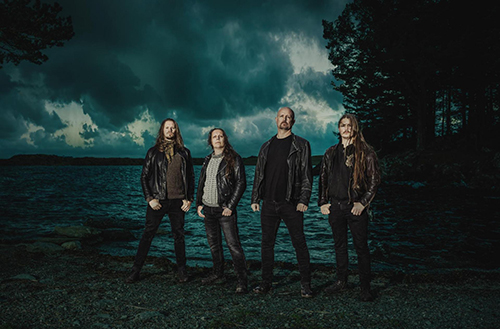 „Thanks! It feels good. It feels right. It’s insane how fast time flies, though. 25 years since our debut is just mind-blowing! I’m really happy being back at Napalm Records. Full circle indeed! They have grown to be a big label with a strong presence, and I’m confident they can push our music out to the masses way better than the smaller labels. We love what we do and we want to share it with as many people as possible. For us, this is quite a step up and it allows us to communicate on a larger scale. Now it’s onwards and upwards.“

The unique style and also the moving magic of Einherjer's music hasn't lost of it's overwhelming artistry - what is still your very special formula?

„We don’t really change the recipe much from album to album. I think we’ve continued the path we started on ‚Norrøn‘. The basic idea is the same, to make the best Heavy Metal album possible. Add the special sauce that makes it ‚Norse‘, the inspiration we draw from Norwegian folk music and composers like Edvard Grieg and Geirr Tveitt. Mix it with a touch of influence from the classic extreme Metal bands and there we are. Full blown Norse Heavy Metal. Another aspect that has been important for us on the last few albums is to not overcomplicate things. Contrary to what Yngwie Malmsteen seems to think, less can sometimes be more. You don’t have to play all kinds of intricate stuff just because you can. Keep the balance. Keep focus. It’s all about the song and what serves the song.“

Songwriting, performance, production, sound - I can only move my thumbs straight up! The coherence of the material also leaves me positively amazed - with such terrific songwriting, were there any downs in the ups at all?

„Thanks! Well, no (haha). I think everything turned out really good this time. We started writing new songs immediately after ‚Norrøne Spor‘ so the transition from one album to the next felt very smooth. A natural development. Again we used my studio, we recorded and mixed everything at Studio Borealis. It’s a semi-pro setup with great gear and really good rooms. Mastered by our very good friend, Jaime Gomez Arellano at Orgone Studios, UK. I think the album sounds killer! I’m doing a lot of interviews these days and I must say the feedback so far has been overwhelming. Very much appreciated!“ 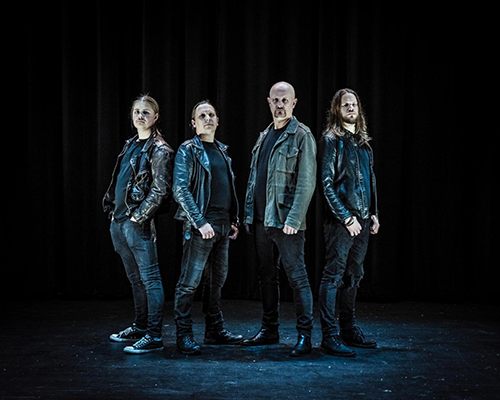 Do you also think that Covid-19 allowed you more time and muse than usual this time?

„Well, in a world gone mad it’s important to keep continuity in our work. Covid-19 didn’t really affect the process that much. It just delayed the whole process a bit. The recording sessions for ‚North Star‘ started in February 2020. We were half way through when everything closed down in mid-March. The whole situation with home tutoring and home kindergarten kind of killed the rock’n’roll vibe for some weeks. Luckily, we record at my studio, so that allowed us to work even with the virus at our doorstep. With the drums already recorded, I could continue laying down bass, guitars and vocals. Ole did most of his solos at his place and I just re-amped them in the studio. A lonely process to record an album this time, but we managed to get some good energy going anyway and I think that reflects on our work. The release date was pushed from October to February, but that didn’t really make any difference to anyone.“

As for the title theme of the North Star, by which you align yourself to have orientation in sheer insane times - what, besides the ancient wisdom of classical Norse paganism, helps you in the present to keep a clear, well-oriented head?

„We’re always evolving. As persons, as musicians, as songwriters and as a band. ‚North Star‘ struck me as a good overall title that reflects some sense of direction and helps us stay on course. On a personal level that can also translate to our inner compass. Our inner North Star that guides us towards our passion, purpose and life direction in general.“ 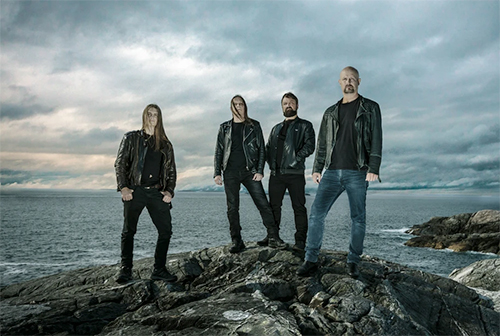 What kind of emotions and feelings dominate the new Einherjer material - mainly consolidated determination and intransigence?

„We’ve pointed out our direction. We know where we’re going. A few detours of course, but that just add to the experience. Adding more layers. I think we cover a lot of ground on ‚North Star‘. From the darkness of ‚Listen To The Graves‘ to the celebration of our home turf with ‚West Coast Groove‘. Release date is closing in and I’m personally very proud of what we’ve made. I’m very curious on how people will react to it. There will always be people with different opinions, but I hope many will share the joy and excitement we feel. I think we really did a good album this time. Einherjer anno 2021 is a band in a great shape.“

„We’re all fed up and tired of this shit. We want it all to end, and it will end some day. Until then a lot bands really needs a bit of extra support. The whole industry is suffering a serious blow. Touring is at a standstill, with no indication on when it could safely pick back up. If there is a band you admire, go to their website and buy some merch directly from the band. It will be very appreciated! And when the smoke clears we can’t wait to see you in front of the stage again! Stay safe!“