In the beginning of 1999 young Heavy Metal fan Fredrik Nordström begun in Swedish Gothenburg to call one of the best bands in Melodic Heavy Metal into life.

Quickly a strong stating band name was found later with Dream Evil including some just as enthusiastic with musicians in order to help such laudable intentions appropriately to correspondingly wide-ranging validity.

Goal of the enthusiasts, which were and still are fascinated of aesthetically-melodic play-skills was also to prepare the favoured genre so demanding and elaborated as well as only any possible and to drive to the musical completion.

Latest intention became already outstanding transferred and above all also in substance convincing into the deed on the loudly crashing 2002 debut album „Dragonslayer”. 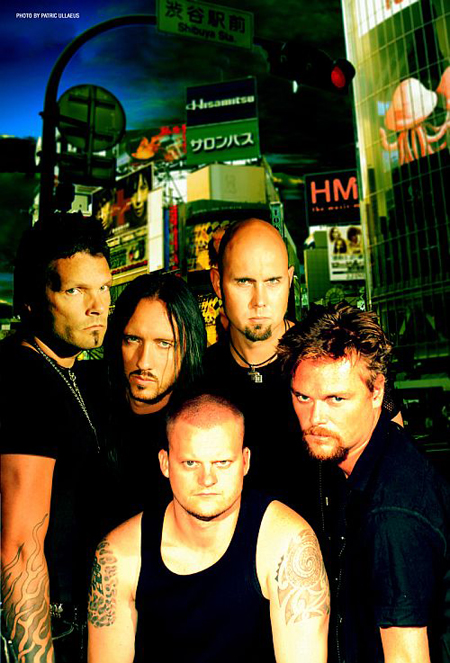 Hello Peter, how much and which main feedback did you get from Europe to date, especially from Germany?

„It's been a while since I read any european or German magazines. But after "The Book Of Heavy Metal" was released we got a lot of feedback from a lot of magazines, and beeing on the front cover of "Rock It" felt of course really nice. Maybe I've been deaf to bad feedback cause I've been surprised over the amount of good feedback we've recieved over the years.”

Which specific circumstances and influences led to such a chosen musical style as yours?

„We all have quite different influences in the band... for instance, Niklas is more influenced by the earlier Metal from the 80's and the 70's. I'm more into the Metal in the middle of the 80's and Fredik more of "modern". And we write the songs more or less together, so the sound becomes a mixture if our influences stretching from the early 70's to the present.”

Concerning your style of Metal, what do you think of the works of other acts in that style?

„It's quite sad to say, but I don't follow the music so close now a days. I know we've been thrown into the same "genre" as Primal Fear from time to time and I think they sound really good.”

Your new outpus sounds – in a positive way – typically Dream Evil. What´s your opinion about?

„I'm glad to hear that. It's like I said before, it's just how the mixture of us becomes. It's not intentional.” 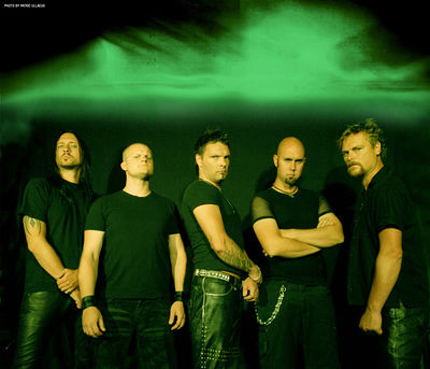 Please give a detailed description of the composing process for the new album!

Please give a bit insight about the lyrical contents of the new compositions!

„It's kind of werewolf/vampire type of content in the lyrics, not all, but the most. But of course you can interpret the lyrics a bit as you want yourself.”

How do you feel, when you think about all the people which listen to your newest songs?

„That always makes me glad.. I like our music so much myself so I'm glad that others enjoy it too. The motto has always been. When you listen to Dream Evil you should feel like opening a couple of beers and raise your fist, be happy and shout out loud!”

„Release Party in October and Ragnarok festival in Scottland 4/11 and The Underworld in Camden, London on 5/11. Until then ... drink beer, raise our fists, shout out loud and reheare the new songs!”

„Thank you Markus. I hope you chose to buy the limited edition of the album "United" which contains five more songs than the normal edition. I really enjoy the songs on the extra CD as well. I hope to see you on tour some day soon! Watch out for the doomlord!”