Granted, they gave their many followers some agonizing months since the 2008 album „Turning Seasons Within“. The hope of curious dark souls on new suffering-songs seemed almost to take no end.

But the stable Sweden Draconian are just still fortunately no predictable band, as well as their inhuman seductive Doom Metal sound also can not be easily detected.

Now the Nordic exception formation around the two versatile vocalists Anders Jacobsson and Lisa Johansson finally returns with a new long- player, which is capable to awake visionary expectations with its flowery title „A Rose For The Apocalypse“. Anders answers the questions. 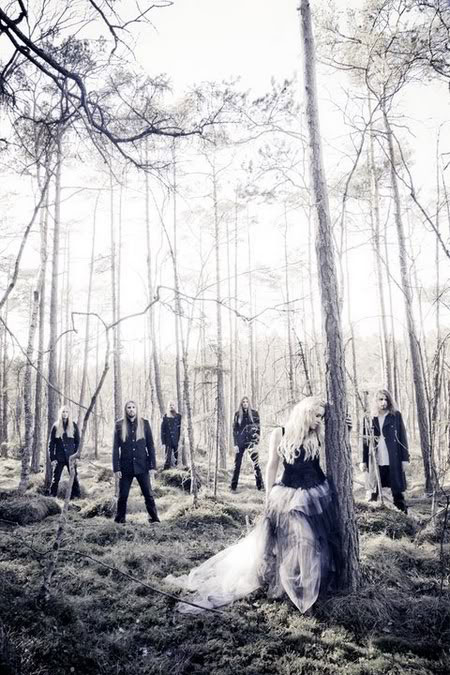 The new Draconian record „A Rose For The Apocalypse“ - are new facets in your music to discover?

„In a way I find it hard to describe our new album. I guess you can say it a continuation of ,Turning Season Within‘ musically, but also a continuation of the older albums. My own reaction to this new production gives a sensation of both the old and new Draconian, so I truly hope this album will unite fans of both preferences. I know some people had some problems with the more ‘modern’ approach we had on the last album and was sticking to ,Arcane Rain Fell‘, but as I said, I feel this album has everything we have been in the past, as well as a fresh new side.“

How developed the whole musical thing until that fine result?

„Personally, this was the hardest album I’ve ever been part of, but the song-writing process went pretty smooth this time, at least musically. Once Johan overcome the first obstacle, the songs just come pouring in. We have much to thank our producer Jens Bogren for. His insights and technical knowledge of music are just incredible. It’s very inspiring to work with such a dedicated producer. As conclusion I think it’s safe to say that this might be our most powerful album so far.“

Can you remember to difficult moments in the songwriting?

„The new album was perhaps the hardest thing for me so far. It took a long time to get everything in order when it comes to the lyrics and its arrangements with the vocals. The thing is that I don’t want to do the same thing over and over again, I want to evolve myself and what I do, and with each album you demand more of yourself. I don’t think it needs to come to difficulties in disastrous scales, but has been quite tricky for me to get everything together this time. Also, life has changed considerably since the release of ,Turning Season Within‘.“

Which were the most satisfying times in the process of the development for „A Rose For The Apocalypse“?

„For me personally; when it was finally done. Now I can just sit back and enjoy the album and hope that the world will enjoy it, too. However, you were asking during the development, and sadly, I cannot really say. But I think the final arrangements in the studio together with our producer were the most satisfying. Finally then I started to get into the album.“

I guess, you are satisfied with the songwriting?

„When I look back, I think Johan made a terrific job on this one. ,A Rose For The Apocalypse‘ is a bit different, more daring perhaps, and at this point everybody in the band is happy with the result. The thing is that we have to grow into the album as well. The songwriting process was made a bit different this time and most of us were not too familiar with the whole feel of the songs when we started recorded the album. Now, we can take a step back, listening and rehearsing the song and it all feels great.“ 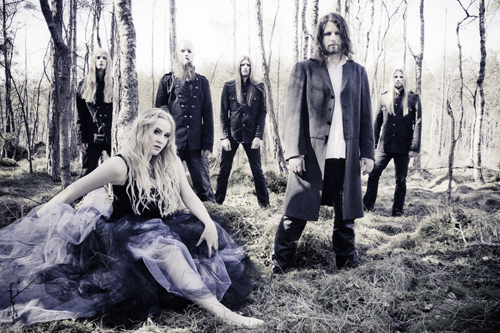 What is behind the conceptual background - can you bring the main lyrical contents in short manner here?

„Apart from 2 tracks, the theme of this album deals with the unsustainable ways of man, and how it affects our lives on this planet. I decided to deal with the true doom of the world, and not focus as much on personal emotional grievances and experiences as before. The lyrical content on the new album is what I call a bit more ‘socially conscious’. Hopefully it will get people to reflect upon themselves and the messed up systems we’ve created.“

What are you still looking for in terms of Draconian's musical style?

„I am not sure. It’s coming through living our lives and everything we do, feel and understand. It’s a process like everything else. Nothing is set in stone ‘cause everything is constantly evolving. We hope to always be in development otherwise I think the nuances of each creation would get painfully tedious.“

Why was a pause of years between the last and the new album?

„Time has flown by pretty quick since ,Turning Season Within‘. We did some promotion for the album after it came out, but sadly the shows got less and tours got left out due to problems with booking agencies and bad promotion, I guess. We often feel we aren’t getting the push that we need in order to take us to the next level. Also, life changes and things happen... I guess Draconian is more or less known for the big gaps between releases and shows, but without the right pushing it’s hard to come further. I think it is owned to us to take us further, and we own the same to our fans. We sincerely hope things will change with ,A Rose For The Apocalypse‘ though.“ 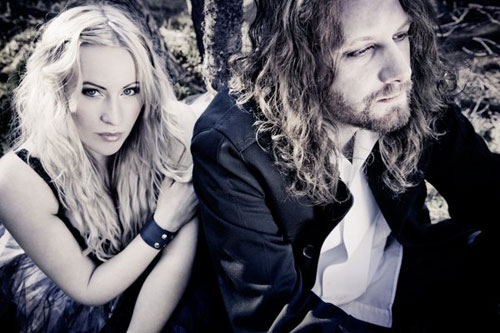 „This is a hard question... But I believe that Draconian has something of its own; something that always defines us, something fans recognize to be us and no other band. We are just doing our thing and it seems to work for many, many people. In there lies a great amount of our strength. I try not to compare Draconian too much with other bands. I have the feeling Draconian is very personal to both us and the fans. Also, in that connection lies our strength as well.“

What's your ideal song on the upcoming record?

„It is very hard to mention just one song. At the present time I think the songs ,End Of The Rope‘, ,Dead World Assembly‘ and ,Deadlight‘ rocks my world the most. These songs are also the songs where I think I performed the best, so for me they are quite powerful. These are very effective songs that get the point though. Also, they have nuances that appeal to me.“

Where was the album recorded and are you satisfied with the sound ?

„The new album was recorded in 3 different studios. Firstly, the drums was recorded in Studio Mega by a colleague of Fascination Street Studios, most guitars, bass and keys were recorded in our own studio; Dead Dog Farm, and the vocals in Fascination Street by Jens Bogren (Paradise Lost, Opeth, Katatonia, Amon Amarth...). Some extra guitar and key stuff was recorded there as well, since Jens is the main producer of the album. We added some extra spice to certain parts and things like that. It was mixed and mastered by Jens, and of course we’re happy. Fascination Street is the best studio in Sweden, no doubt. We recorded and mixed ,Turning Season Within‘ there as well, and we have no intent going elsewhere in the future.“

Your biggest hope for Draconian in 2011?