Anyone who confesses open to be a passionate follower of this Swedish philanderers, unconsciously opens already a very definite facet of his personality: he is a profound human.

Because of the sad sounding and any vitality completely strangeling Gothic Doom Metal of Draconian is of consuming depressive grace and beauty. Better then, one is already incurable moody, otherwise you will it here. Inevitably.

The bitter serious Scandinavian cemetery community was founded in 1994. Their official 2003 debut album „Where Lovers Mourn“ revealed likewise great devotion and class. Two years later: the successor „Arcane Rain Fell” took in again some fog-souls perfectly for itself, also with to the remarkably intensive achievement by singer Anders Jacobsson – who brings his tear-orchestra with current focus one more time nearer. 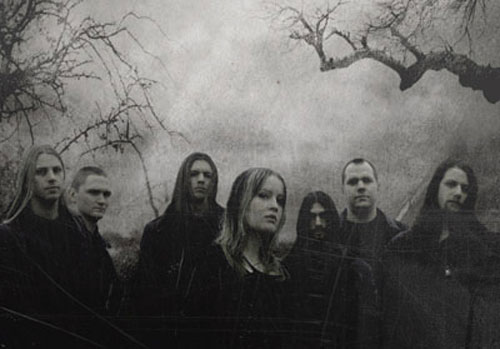 What's new in the first place in Draconian?

„We’ve lost a member and gained another. We have also lost our keyboardist when it comes to live shows, because of his very bad psychological condition. Therefore we have also gained a session member on keys, Sanne Karlsson. Since bassist, Jesper Stolpe left the band some while ago, we have been looking for a new one… it hasn’t been easy. We had a guy, who was with us for a while, but he turned out to be a major fuck-up and he could not be trusted. He gave us such frustration and headaches, and I seriously doubt we ever will forgive his selfish ignorance. On the German SummerBreeze festival he refused to come along as planned, so we found a stand-in in the last minute, Olof Götlin – the same guy who played the violin on “Where Lovers Mourn”. A quite short while ago we recruited another bassist, Fredrik Johansson, since a tour was coming up and we needed someone for the bass. But recently the tour was called off because of a fraud and the person responsible for the tour beat up a guy to a coma. Fredrik is still with us though and I hope he will stay. He is great! In other news we are now recording a so-called bonus album, so it’s not a follow-up to “Arcane Rain Fell”. The album will contain 3 new songs, 3 re-makes of songs from our 1999 demo “The Closed Eyes Of Paradise”, and also 3 covers. The album will be called “The Burning Halo” and the plan is for Napalm Records to release the album in December.“

How successful was the last album?

„“Arcane Rain Fell” turned out to be very successful … if you compare to the debut album anyways. The sells have improved and I can understand that. This is a stronger album with a better and heavier production. The songs are more dynamic and the fan favourite “Death, Come Near Me” can be found on it. It’s a good album, and we are quite satisfied.“

What changes occurred in the intentions of the band since the beginning until today?

„The most important thing is that we have become more professional and taken the band more seriously. To me, Draconian have always been very serious, but it has not always been like that as a unit. But perhaps I do believe, musically, our sound was more original in the older days. Our minds were fresh then … more idealistic, but our skills weren’t half as good as they are these days.“

„Just to deliver my/our emotions and views to people who appreciates it/them. That’s all. The Draconian fans are great and to give them what they want is such a great reward.“ 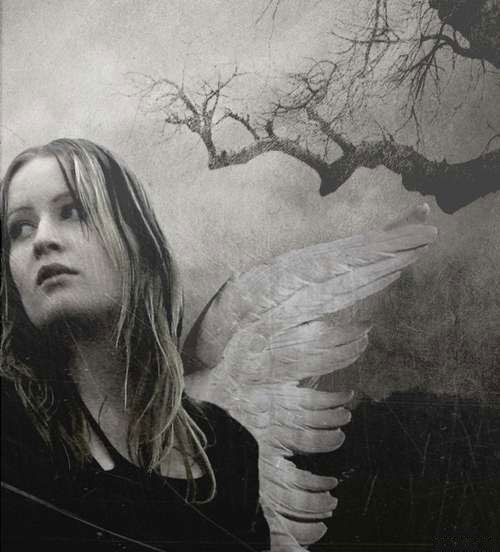 Which of your specific inner feelings you bring out with the music of Draconian?

„Anguish, guilt and frustration are some things. When we rehearse, if I have felt these feelings just before for some reason, it’s very rewarding to express them through our music. Draconian is a band who deals in sadness, death, pain, helplessness and desperation, so it’s very useful to have Draconian as therapy. I am a man of many sorrows and I need to release all these pains sometimes, and Draconian is perfect… and it also gains the songs because it gives them more honesty.“

Which were the most influencing bands at the founding of Draconian?

„Bands like Moonspell, Celestial Season, Emperor, Amorphis, As Serenity Fades … and so on. Our first demo is actually quite good, even today, I believe. In part, it’s thanx to some of the bands we listened to a lot back in 1994-1995.“

In what mood you feel feel the best creative power?

„Since I only write the lyrics and helps out some arrangements of the music, I can only answer for that. Nowadays my ideas come when I first hear a new song Johan has made… then I know right away when theme the song should have. It’s harder for me to write really good lyrics without any guidelines of emotion, but I guess I only demand more of myself these days. I am still a very good lyricist … somewhere deep inside.“

What contains a really good Dark Doom Metal song in your opinion?

„When Johan writes the music I know gets inspiration from everything, more or less… a good part in a song, a scene in a movie, something he read and/or just depending on his own inner landscape of emotion. For it’s quite the same. But I draw much of my inspiration through my hatred towards humanity, my own dark world and the solitude of living life in this cold world. Feelings of loss, love, hate, darkness, occultism… everything that has an impact on my true self.“

Where have you played live this year?

„Only on our release party and Summer Breeze. We have had some line-up problems this year, and we haven’t been very fortunate with gigs either. We have a gig next month though … together with Swedish Goth Rock/Metallers Ghostnail.“