With their new stakkato group, three ambitious musicians are re-launching their full force, which once stood in the creative ranks of Cult Of Deception, Hades Almighty, Immortal, Old Funeral and Thy Grief. In the meantime, gigantic gloomy and very convincing Atmospheric Industrialized Metal is on the harsh program of these tried and tested blokes.

Therefore Dominance surely will enter the ears of the fans of such sounds by storm with their debut album „As I Shine“. A paralyzing hypnosis alike, the performance unfolds its lasting effect namely after a very short time.

Acted with passionate fervor, and partly so mangy vocalized that the shreds of vocal chords just fly out. The atmospherically surprisingly and homogeneously assembled material isn't very far to the high-ranking quality of many cult discs of the genre. 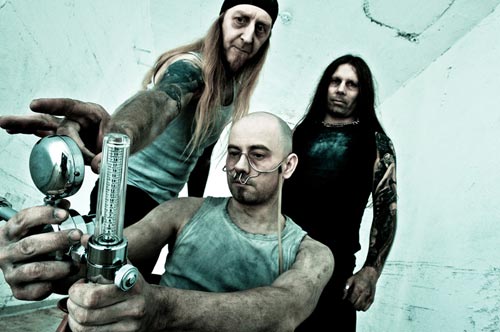 Yes, it is even really raw pleasure to blow the unused and fresh sounding, technically extremely accomplished compositions into the ears.

Curious about the opinions of the people out there?

„I am thinking of course of how ‚As I Shine‘ will be received. I also look very forward to getting it over with. ‚As I Shine‘ has been ready for a long time (1,5 years), and Dominanz has already begun the process with the next album. But there is an excessive amount of work behind this release, so I hope of course the audience will appreciate it.“

Ever thought about quit the band?

„Of course there are times when things get a bit tough, when you wonder if it’s worth all the time and money that is invested in this project? I'm not talking about the time we‘ve spend on songwriting and playing live, for that is only rewarding and inspiring, but all the other work that is behind in terms of promotion, booking, etc. But when one of us has a "down period" the rest of the band force you up on the horse again! [smiles] Dominanz will exist for a long time still. I will still continue writing music, and that will be for Dominanz, cause after all it is my progeny.“

What is special/original about the album?

„I’m not gonna get into what other’s can and can not do, that is up to them. What we have tried to achieve with ‚As I Shine‘ is to create a dark and dismal record, but at the same time be catchy. We hope it will get on the nerves and emotions to the listeners, but also those in the mood for a good party! In my opinion, Dominanz has a unified expression. It is a common thread between the music and lyrics. Everything reflects my dirty thoughts and we’ve tried to express that visually, something you can see in our music video ‚The End Of All There Is‘.“ 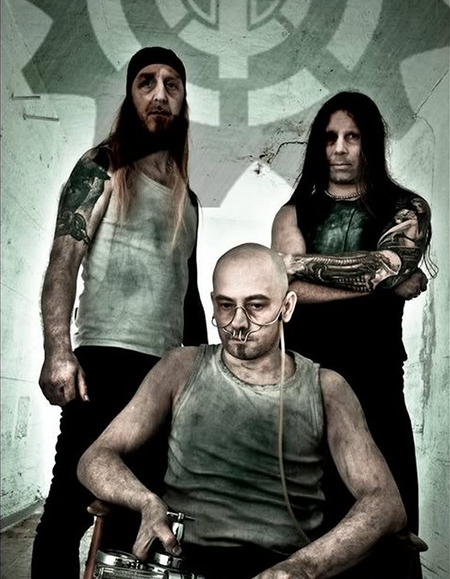 „Most of the songs were finished before Frode and Jørn joined the band. I recorded mostly in my homestudio. After that we started to rehearse as a band in January 2009, some changes were made. Jørn is a very creative guitarist and came up with new ideas. I had also just programmed drums before, so it was very evolving for the music when Frode came with some beats. When we were satisfied with the songs we recorded guitars and most of the vocals in Conclave Studio before the mixing at the same place. We needed a few rounds of mixing and mastering before we were satisfied, but we think the result turned out great.“

Please report about the songwriting process!

„Dominanz started as a solo project under the name Cult Of Deception. The songs of ‚As I Shine‘, I began writing as far back as 2006. So I spent almost three years in this process. It's very various how the different songs came to life. Sometimes you go around with an idea in your head on a theme or riff and starts working on a song based on that, while other times you just sit down and play a bit and you make something that's worth. It also happened that I woke up at night with a melody or vocal line on my mind, then If I have enough willpower I’ll get up from bed and record it. Some vocal lines have also come while I am driving, then it's very nice to have a cell phone with a recorder. Some of the songs, I have used quite a long time on, months actually. When I try them with different speeds, different variations in structure, and like 20 different vocal lines. I often overwrite some of the texts several times, while others come to me instantly and I’m satisfied immediately. ‚The End Of All There Is‘ is actually the song I wrote fastest. Then I got a text from V'Gandr, front man of the Viking Metal band Helheim, as I initially didn’t think was a fit for Dominanz. So I sat down to make a song based on that text, just for fun, I was not gonna use that at all, but after nine hours the track pre-recorded, and I thought it was so good that I had to put it to use!“

Which achievement on the album makes you most proud of?

„It’s not which achievement I'm proudest of, it is as I said a good while since the record was finished, but perhaps I am most satisfied with the ‚As I Shine‘ vocals. I had never sung with clean vocals before I came into the studio and recorded it. I think it works well in the 3-4 songs I use it. In this area the producer in Conclave Studio Bjørnar E. Nilsen is very good to work with!“

What is behind the lyrics? 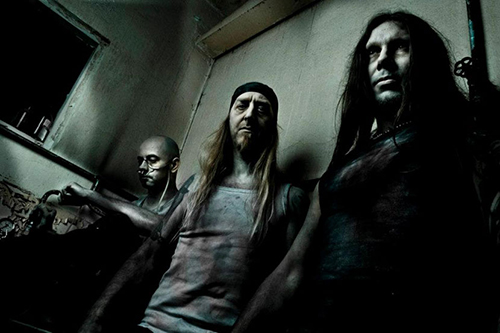 Which artists did you listen to the most recently?

„Unfortunately I am not good at discovering and listening to new music so there is much of the same bands I've listened to for years that, Katatonia, Dimmu Borgir, Samael, Deathstars, Sixteen Horsepower, Emperor, Hades Almighty, Woven Hand, Johnny Cash, Rammstein, among others.“

Hopes and goals for the band?

„We hope to do some live shows in Europe. It would be great if a huge label are willing to dedicate themselves to Dominanz. And next year we hope to see you all at W.O.A.! And last but not least, to rule the world into Armageddon. Hehe!“

Where do you see the main development for Dominanz?

„We try of course to always improve. As mentioned earlier, we have already started working on the next album. It will be more Metal, more extreme, but we will still take care of the dark and gloomy, and the catchy phrase of Dominanz!“