It would be really wrong to say, that we have here the very best In Flames-clones, we´ve ever heard. These Band plays way to individually for such a statement. The immense talented Swedish Melodic Death Metal monsters were formed in Kramfors, Sweden in 1997, and there is still their homebase. 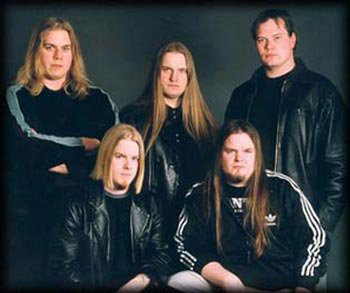 Which are in your opinion the greatest musically differences between the new album „The Bitter Selfcaged Man” and your previous longplayer „Embodiment”?

„This time Daniel Lindgren has written more lyrics on the album. On the new album there is more `agony` lyrics compared to Embodiment. When we started Divine Souls there were more `Fantasy` style lyrics. but what we want to have is more deep and somber approach to the lyrics and that is what we now have on this record.”

What has happened all in the past year in the bands camp?

„Nothing special has happened besides that we have changed the rehearsal place two times and we have purchased new equipment.”

Which were the main influences for the songwriting of „The Bitter Selfcaged Man”?

„All kinds of Metal have influenced the songwriting part, mostly bands like Sentenced, HIM, In Flames and Soilwork. But like we said ... all sorts of Metal.”

Which ones have influenced the band more, which ones lesser? 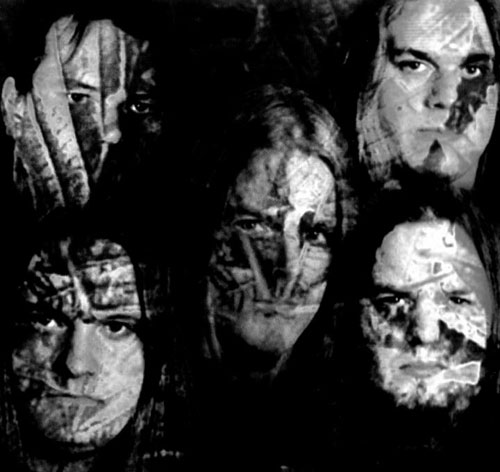 The superior lead-voice of Mattias on the new album sounds more dirty and more possessed as ever before. The reason?

„We wanted the vocals a bit more raw for originality.”

Did you all worked well together at the recording sessions for the new album?

„Yes it all turned out good. There was no problems everyone did their work with valour.”

Where were the actual album recorded?

„It was recorded in studio Soundcreation in Bollnäs. By Per Ryberg. And that is for originalities sake we choose that studio. It has a sound of its own. `The Bitter Selfcaged Man` is produced by Divine Souls and Per Ryberg.”

Are you guys satisfied with the production and the sound results?

„We are very satisfied with the sound. But of course there are more studios that can bring more power into the sound, but then we would just sound like every other band.”

Which one out of the band has created all those magnificent, breath-taking, marvellous and outstanding fine melodies? 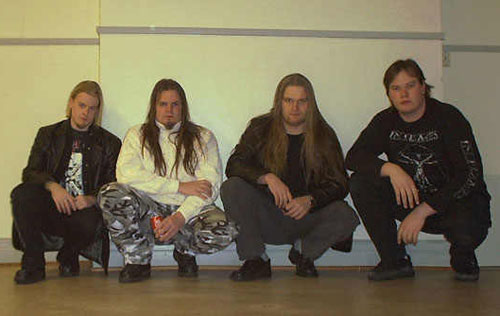 „It is Mikael that creates 90-95 % of the music and the other percents is filled in by Daniel Sjölund.”

The frontcover art of the new album – what is the special meaning of the picture?

„Agony and suicide thoughts. It suited with the title.”

Who made the picture?

„It was an contracted job to Carlos del Olmo. We had that picture concept in mind and he made a great job with it.”

Does stand these frontcover picture in relation to one of the new songs?

„It stand to all of the songs. Its all about bitterness.”

What does the title of the actual album, „The Bitter Selfcaged Man”, actually mean for you?

„It was a great title and it stands for agony and bitterness. Stuff like that.”

For what stands your band-name in your opinion? Divine souls in the involved musicians?

„First of all: we decided that it sounded like a good name for a band. Second: the meaning of the name is that we are good at what we do and that is to make some divine fucking Metal.” 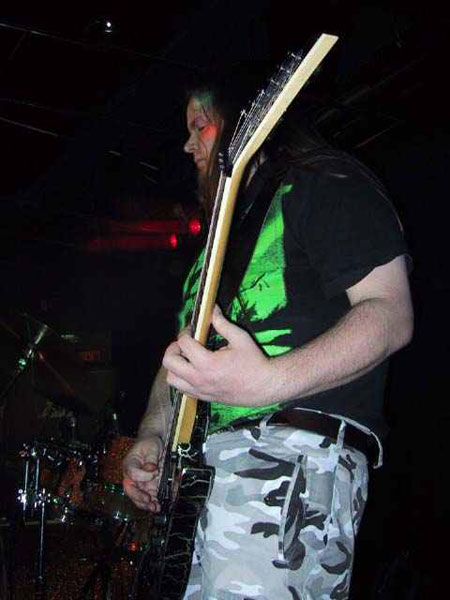 How runs the success for Divine Souls to date?

„Its going ok. The first album sold good, a bit more than average according to our label. And the new album will sell hopefully a lot more. One bad thing is that we haven´t played live all that much. There will hopefully be a lot more gigs with the new release.”

Do you guys feeling satisfied with the development of things in your career?

„We are joyful that we have signed to Scarlet Records and have the ability to release albums. Despite it all Mikael have been playing for about 15 years so its about time something like this happened. All we have noticed is that we have seen a lot of reviews of the new album all over the world. In our home-country Sweden its pretty much the same.”

Which bands out of the Melodic Death- or Black Metal genre do you prefer to listen to in your free time?

„We listen to all sorts of music.”

Which bands would you list for a more or lesser comparison to the unique Divine Souls sound?

„The Gothenburg style bands comes closest. But we think that our style of playing is our own and in time it will develop to more originality although we are more melodic then the rest.”

„Not at moment, hopefully Scarlet Records will set us up for a tour or something. We hope that there will be more gigs after the release of `The Bitter Selfcaged Man`.”

How looks a show of Divine Souls?

„We just play, headbang and keep contact with the audience.”

Creative plans for the future?

„We have some new songs on the way and like I said we will hopefully do some gigs. And a big release-party to wait for.”