The fine music of these Finnish newcomers is hard to categorize, considering it’s multi-facetted sound which on one side leans to the power and brutality of a band like Dimmu Borgir, yet on the other side also shares various stylistic elements with HIM and Nightwish.

Concluding, one can say that Divercia will without a doubt appeal to a wide variety of people. Divercia, formerly known as Lost In Twilight, released under this name in the year 2000 a MCD at Brazilian Sound Riot Records called „Planeteer“ and this was already an indication of their future development.

After signing the new contract with Dutch company Hammerheart Records the band decided to change their name to Divercia, convinced this fits better with their current and future musical directions.

Now they releasing finally their full-length debut album „Modus Operandi”. Musicwise Divercia brings together the very best elements of Finnish top-acts like Sentenced, HIM and even some Nightwish. 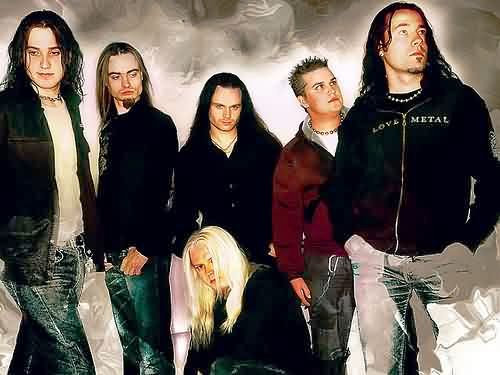 How has the wonderful style of Divercia developed?

„When we decided to start playing together we noticed that we had a lot common between our musical interests. Obviosly because we all liked heavy music. But when we compared the bands we were listening, we were amazed that nearly everyone of us different bands and that might be the reason why our music is a mixture of the bands we've listened for all our lifes.”

What is the artistic and ideal goal with the band ?

„Something like ten years ago when we started to play together, we didn't have any specific goals to reach. We had only a great willing to play together and have fun. After we decided to use name `Lost In Twilight` and we went to record the `Descending Mist` EP we had a feeling that if someone would be interested in our music, we might have a chance to play a real live gig. So I guess our goal at that moment were only to play a live gig and have fun. We haven't got very far from those days because the main reason for our doings is still to do live performances as much as we can. Of course when signing a recording contract we had to start thinking other manners in addition to your own aims. But nowadays we want to make music for our selves because it is the best way for us to speak without using words and complete the missing part of our souls. This might be selfishly stated and we don't want to underestimate the feelings we are getting from the people that like our music because that is the other reason why we love to do this but still our music is a personal tool for us to carry through our lifes and this is the way we concider it.”

What emotions will be reflected by the music of Divercia?

„The songs recorded to `Modus Operandi` are composed by the time we have grown to the point we are at this moment and I think if you listen it through carefuly you can hear the atmosphere we had while writing the songs. The album is filled with totally different emotions that varies from love song stylish melodies and lyrics in `As Mist Descends` and `879` to before mentioned title track of the album where the emotional message is very dreadfull and annoying. We hope that these emotins will arouse questionable thoughts of the society we’re living in. Lyric lainaus ...”

Which are the inspirations for your music?

„We watch quite a lot movies and those of course affects us as a source of inspiration. One movie that has deep impact to our doings is the legendary Bram Stoker´s `Dracula`. Some writers like H.P. Lovecraft has ispired us mostly in writing lyrics and a great ovation goes to those two FBI profilers J. Douglas and M. Olshaker, who wrote a book named `Obsession` that deals with psyches of killers, rapists, stalkers and their victims. Our song `Modus Operandi` is based to that book and this book should be read through by everyone who want to understand the content of our album. In daily lifes the inspiration might come from ordinary things like spending time with interesting people.” 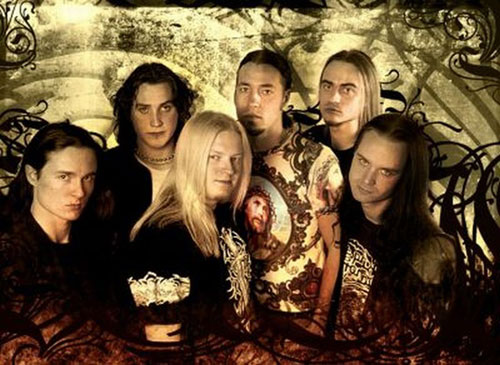 Which were your early idols out of the (Black, Death, Gothic, Dark or whatever Metal or Rock) music scene?

„The list of our early idols would be too long to be printed under this topic. But few very important bands/artists to us have always been Black Sabbath, Judas Priest, Y.J. Malmsteen, Dio and Guns n’ Roses.”

Which of them have influenced Divercia so far?

„Everyone of those still have a great influence to us. Eventhough there are terms when we intentionally want to try something totally different and don’t think those at all.”

How did you get the label deal with Hammerheart?

What exactly does the band‘s name mean?

„Divercia name is modified from English word divercity that reflects the relations between the band members and the diversity of our music. Nothing that we are different with eachother in a negative way. Everyone of us have different activities in addition to the band and we consider that to be only a wealth of expression. Like it was mentioned before, we were formerly known as Lost in Twilight and name change was well considered and there wasn’t nothing special deal in it. This was just the correct time to do so.”

What means the title of the new album?

„We had few alternative suggestion to be the title of the album but we felt so deep addiction to the story that track no. six keeps inside that we were sure that this would be the title. This whole record is our Modus Operandi – our way of doing music, lyrics and cover art... so this is our own pattern of doing things – Modus Operandi.”

Is there any conceptual background within the new songs?

„Every song has a meaning to us and especially to Jyri because he is the one who writes all of our lyrics. Eventhough the message from our songs aren’t literally linked to our daily lifes there are always an emotional backround inside the songs and someway it reflects our lifes.” 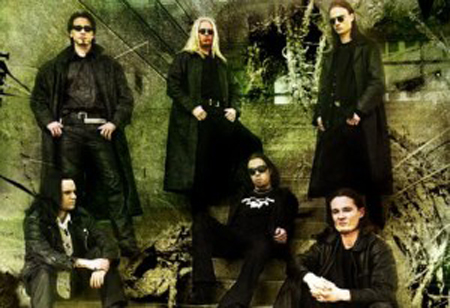 In what way the musicians of Divercia came together?

„Four of us studied in a same school and one day we decided to play together in Janne’s (dr.) home and it all got started from there. After being an instrumental band for for a while we met our long known friend Jyri (vox) in a bar and asked if he could write lyrics to one of our songs. I guess the song was `As Mist Descends` and in the next rehearsals Jyri convinced us more than enough. Then Jukka came up about a year after to take over the low frequency parts (bass) and after year –99 the line-up hasn’t change. We’ve known eachother for over ten years and we are like brothers. You can’t avoid disagreements and differencies of opinion between the brothers but we’ve always reached to understanding.”

Which city in Finland you are at home?

„We have always lived nearby Hel(l)sinki the capital of Finland except Jyri who moved 200 km away and that have caused us some troubles in rehearsing together.”

„We have couple gigs going on in the near future at Helsinki area and I think that the summer festivals are going on a winter habitation and all the open air gigs are now done. But we have planned to throw club gigs during the fall and while we are composing new songs for the next album and keep on playing as much as we could.”

In what genre your music has been hailed the most?

„We have been surprised but also very happy that the range of audience have been very wide and it varies from Black Metal listeners to Power Metal people and even to Rock crowd.”

Your music is very melodic oriented. Who made the band creates such amazing melodies?

„We compose our song by using `democratic` style where all of the members takes a part in making of a song. Once in a while some of us brings up a suggestion of a song and we start to modify it if needed. This is the main reason why Divercia sound is formed like this. No one of us is playing the main role in this circus cause we all want to stand behind the music we’ve done. If someone of us had full privilege to do our songs, there might be more differencies than now.”

Main plans for the next months?

„At first we must search a new rehearsing place because we were thrown away by official authorities couple weeks ago. But after that we start recording first preview versions of our new songs and try to arrange some gigs to abroad also …”