Diluvium are one of the rare and honest type of bands, which are playing more with a passion filled heart than with a cool thinking mind.

Such is only possible when a band is young and hungry for success. And Diluvium are very hungry. Hungry for doing their famously musical art. Lead guitarist Milorad D. Mladenovic answers the questions.

Milorad and the band wondering much what the coming weeks will bring for them. 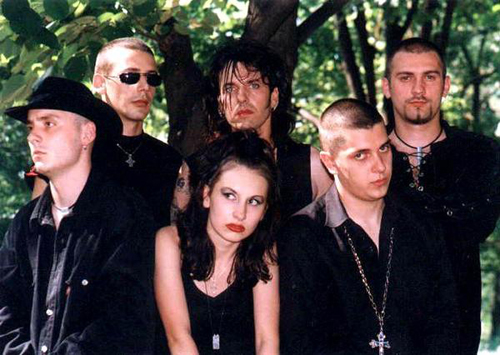 „Yes of course we are all very curiously, I hope very much that after releasing of the first album there is going to be one increase of global interesting in wide sense among our upcoming fans who will confirm our presence on the scene and I hope it is going to be a wide variety of audience. Concerning the press I also expect one proper volume of interesting for Diluvium.”

What does the band‘s name mean?

„The first meaning which is not hypothetical has one colossal moment which explain flood or flooded land and now in geologycal sense the age in the development of earth´s shell when the ice bergs began to melt and which is directly anticipate to nowadays. Well, I think that this meaning is very hard and inspirable for the music we create and also for the emotional moment of every man who´s experience is in connecting with this vision.”

The album title „Aurora“ is a latin word which means morning or better dawn.

„And it is an methaphorical sense for our debut album, just like morning as the beginning of the new day. `Aurora` can be also the name of the age after flood on the earth.”

The new release was produced in the studio of the publishing label, Austrian CCP Records.

„I think that it is about two months working on the production. But I am not really good with time calculation and it is the best that you find the answer on some other place; for example here: Claus Prellinger!” 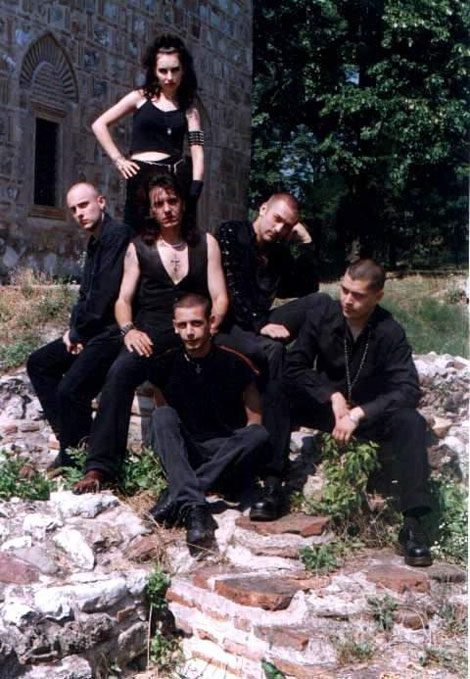 The new songs on „Aurora” are filled with lots of lifeblood:

„Well I have to tell you that it was a relative long time for creating this songs in every musical sense `till the end and I can frankly say that there is a lot of inlay in those songs. I have composed the most tracks of the new album and rest of them it is my colleague Andreja Pesic and also I am the main composer. My best mood for composing is night mood which means that I am alone with my own feelings and visions. Of course all that have to be configured with other members in the band.”

Milorad is always very busy with texts, especially in the nighttime.

„I have also written all the lyrics with help of other members, well I have to say that night mood is also productive for my writing.”

It is pretty hard to find a name for the style of Diluvium. One think its to good and too big to get called simply Gothic Metal. Milorad agrees:

„I think that you are very right when you say that it can not be called simply `Gothic Metal` and honestly I have to say that Diluvium do not provide global standard of `Gothic Metal` because there is a huge number of various elements in music expressions but it is a fact that our style belongs to the Gothic scene.”

The lead guitarist doesn‘t have any connections with occultism or worshipping of the dark.

„Otherwise I like mysterious things but not those evil ones because I believe in one living God who is Lord himself Jesus Christ.”

After that he is so kind and explains all the songs on the album with his own words.

„OK, I will tell you this but in short terms. Let`s start from the beginning. The first song on the album called `Like A Saint In A Velvet Rags`: I have to say that most themes in all the songs are love themes and also the concept of entity of man feelings. The title of the first song comprehend arrive of the person who brings annonation of suffering and hard form of living through the poetry style of writing. Ok, now to review the second song on the album presents the suffering of Jesus himself on the cross where he died. And the same title explain text-concept of his last appearance so it is `Your Last Appearance`! Further the third song represent mans seeking for the true, light and fate through the life. And it`s also written in free poetry style! As you can guess already the name of the song `The Third Planet` is a symbol for the planet Earth where is happens men`s searching. Next song name `Our Sadness` is again one theme about mankind suffering in global sense in describing of one man! The song `This Usual Black` presents one abstract poetry style of writing and talks about of constantly blackness in our lives `till the end. But with the message to live-out this life! The next song is song with less form of weight of hardness and it is something like realising song but not for long `cause the end of that song proclaim continue of grief for someone with melancholical moods which is imbuing through the next song named `Release Your Heart` and also this song is conceived something like ballad-song in this opus! Little by little we are coming here to the end of this whole story with the beginning of one instrumental song which called `Diluvium` and which also gives one preview and rest for all dynamic atmospheres in the album. And finally the last song gives one optimistic message for the man who suffer and kneeling below fate and wait for resolving of uncertain situation where the man occuring in whole his seeking of ideal love, life and true! And that is of course my view of the songs in very short terms. And one thing more all songs are my faves!” 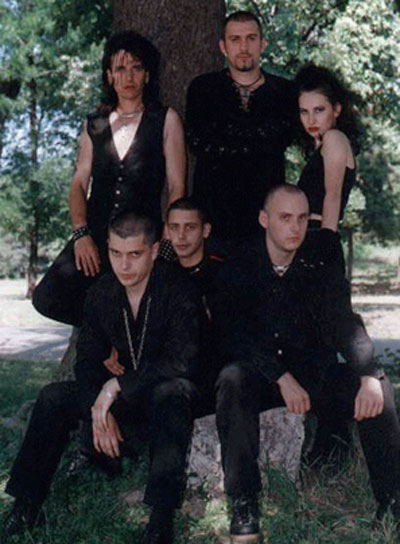 Once more it´s time to look back in the past of Metal days to do a comparison to the present.

„You see, I think that modern kind of music like is Metal and Rock don‘t loose any of their roots and I specially mean that for the gothic style of music! But, I have to say frankly in my name speaking that styles as underground Death and Black Metal die very slowly. Concerning that styles I think that the last representative band was My Dying Bride which their work I respect! Next, concerning Gothic Metal bands in this moment I can say that Swiss Band Lacrimosa is the best gothic band in the world I think! There is also many of good bands as The Gathering, Nightwish, The Third And The Mortal, Lacuna Coil and also many of them! One more thing I don`t like is the worldwide Rock and Metal scene, only the European.”

Live gigs - when will we see Diluvium playing in Germany?

„On the first invitation, definitely! We love to play live and need to have a straight contact with the audience!”

Plans for the future, Milorad?

„Well the plan for the future is that we do many things for our music and our further plan is to make a living by this kind of artistic occupation! And that contains both professional and private plans!”

His hopes in the new album are truly very big.

„What can I say except that we have a big hope for the new album who is going to be just better!?“

Milorad´s last words targeting straight into the rebellious souls of all true metalheads: