One of the biggest new discoveries in things of Symphonic Black Metal comes – once more – out of the deep and original forest regions of Norway.

They crept out of steaming shallows upwards for the first time in the year 1999. Now its current debut album „Compendium Infernus“ shows - after two demo releases - outstanding abilities, connected with a far-reaching feeling for pitch black atmospheres.

That wide spreading opulence of its just as bitter-grim as well as dark-romantic hate-anthems is unique, yes, of quite consuming tragedy note.

Monumental choirs of apocalyptic gracefulness do at the same time its remaining in order to freeze the blood downright in the veins.

The demonic face-painted crypt-horde appears outside incidentally self-confident and stamped of immense creator proud. And according to bass player Nochmar is for that also all reason available. 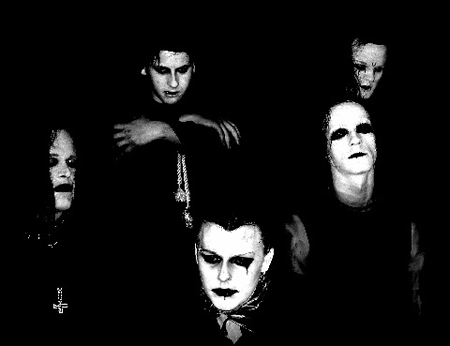 Where are you come from and what is going on there?

„The band is from a small village in the North of Norway, where most of the people are farmers and enjoy the quite life. No, it is not a boring place, it is very relaxing, and a beautyful place with lots of great Norwegian nature. A perfect place to compose without distractions.“

Which inner mental state once led to the decision, to play such moody and agonish Symphonic Black Metal?

„Diabolical Breed was started right after I ended a Death Metal project, we liked to play more cold and gruesome kind of music with lots of dark emotions. It has always been in our blood since the day of birth, the cruelty, the hatered. It was no suprise that the music is formed as it is...“

Therefore: please describe yourself with a few words as a person and character!

„I dont know if I like to describe the persons one by one, we are all dark at mind, with great passion for Symphonic Black Metal. We make the music as we desire, and we make it great! Much because we work damn great together. So I am not able to tell you readers much of what is happening in our heads, just listen to the music, and maybe you will see on your own.“

What you truly despise in the „modern days“ Black Metal scene? 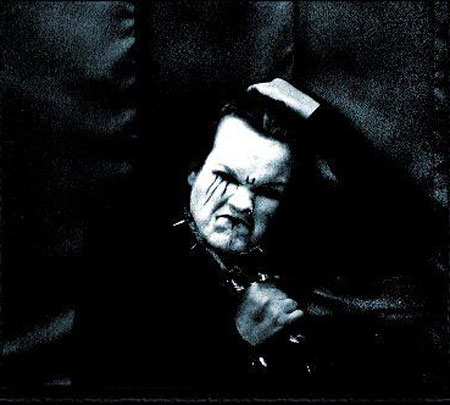 „I hate a lot in the modern Black Metal scene. How the music and image changes, how open everything have become. Black Metal is much about mystic and darkness. I do not care that bands today are often played in the radio or TV shows, but it is the way they change themself. Often it seems like the ”old heros” tries to start fashion in the Black Metal scene, and all the others must follow to be heard. Often it seems likes even the labels follow their ”fashion”.“

What do you appreciate most about nowadays Black Metal scene?

„I like to see that new bands are based on the old Black Metal style, the grim and cold sound. And I enjoy to see that lots of younger people starts to listen at true Metal. And it is easier to get on stage with a Black Metal band these days. But it is sad to see all the changes.“

Do you love it to be a human being on the - governed hypocritical and criminal - earth?

„I wonder what man could ever say that he loves to be a human on this earth? I know there are lots of blind and ignorant people who really cant see what a fuck up world this is. And I hate them all, I hate most of the human beeings! There are very few who really can see how things are. But it also seems like more and more starts to realize what is happening.“

The logo of Diabolical Breed looks very exceptionally and unfortunately it‘s not very good to decipher. 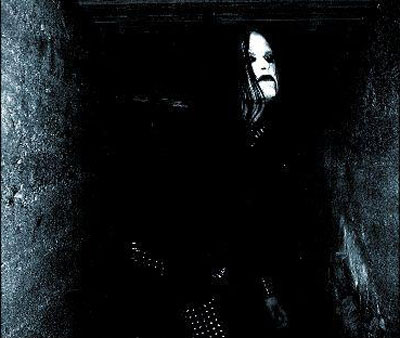 „The logo of the band is great. And it fits the artwork and our music. We like such logos that ”shines out” if you know what I mean, that can tell you alot of the type of musical style the band is performing. And if you see our CD in a music store, there will be no doubt what kind of music it is.”

What kind of feelings do you wish in the minds of the audience, while listening to your music?

„Our music is filled with cold and majestic Black Metal, filled with hatred and death. The listeners will feel hatred, aggression, pain and coldness. But most people will react differently, but I am sure that they will understand what I mean when they turn the music on.

What other Black Metal acts do you like and which are your faves among them?

„Personally I am found of Gorgoroth, old Mayhem, Burzum, Emperor, etc. But I can only speak for myself. There is alot of great Black Metal bands all over. But it is seldom that I hear great Black Metal outside of Norway. ”No one create music as the ones from the cold north..”, hehe!“

What is the meaning of the title of the album? 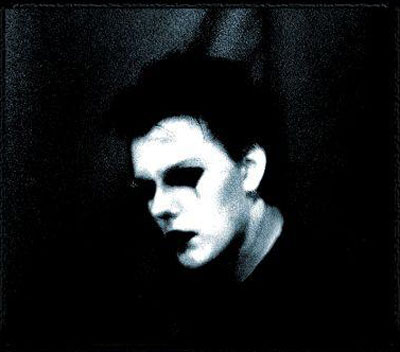 „The album title, ”Compendium Infernus”, is Latin, and a direct fast translation is: The book of Hell / Doomsday. Compendium is a great work of art or history etc. Infernus can be hell, doomsday. It fits the music, and the concept of this album.“

With what feelings the new songs were written?

„The songs were written in a dark and hatred mood, and it was written over some time. There was no stress with the composing, we took the time we needed, and made these songs that we mean is really great songs. Musical influences, well we all listen to a bit different kind of Metal, but it is the mixture of us that becomes Diabolical Breed. But as I told you before, the old Norwegian Black Metal is the mainly influence. Like ”In The Nightside Eclipse” of Emperor, maybe one of the greatest albums ever. Lyrical influences have we no need for, only the way of writing is a bit inspired of the old English way. The songtitles are a reflection of what it is written in the songs. When you read the lyrics you will understand the meaning of the title. We like the listeners to make their own mind with the lyrics. You can´t get the same feeling of reading just the lyrics, you have to listen at the music too, then you will get the right feeling and the understanding of the words. I can tell that it is much about the destructions of humans beings and the reign of Lucifer.“