For the new album of his brute band DevilDriver has become a damn heavy and extremely powerful sledgehammer in terms of Brutal Dark Thrash Metal, with rabidly staged bonds from Metalcore.

Had the self-titled debut album of 2003 still one or the other immaturity, the playful American crash-team now seems to have definitely found their style on the second longplay monster „The Fury Of Our Maker´s Hand“.

And the music of DevilDriver crushes just as powerfully as independent. The quintet around former Coal Chamber vocalist created a highly explosive and dangerous fusion out of abnormal brutality and well dosed catchy melodic parts. Dez Fafara talks about the new output of Devil Driver. 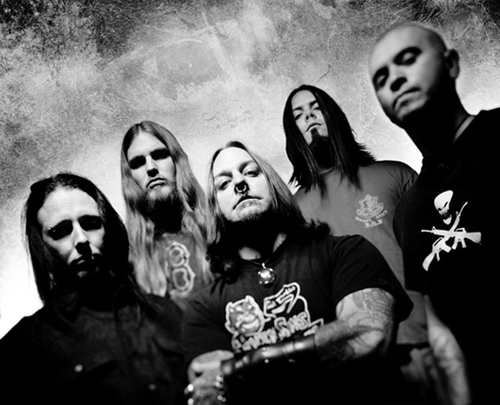 Hey Dez, what is behind the title „The Fury Of Our Maker´s Hand“ ?

„The title fit well with the concept of life being a storm, and we all live in our own fury, created by our maker.”

What means the bandname DevilDriver?

„Italian witches call their bells "Devildrivers”, to ward off evil... The beginning of the band has been a series of tests that we have passed with flying colours.”

The new album „The Fury Of Our Maker´s Hand“ is an immense aggressive, evil bastard of technical skilled Metal.

What is your personal opinion about it?

„Thank you, a great way to explain the record. We are very happy to have Mike on board, he is a great writer and he loves to tour, which is very important, because all we do is tour.”

Some German journalists spoke already from one of the „most important Metal albums in the last years” – your opinion about this?

„Again, thank you all for the good reviews, a lot of people are coming on board, glad to have you.”

Why was chosen the song „Hold Back The Day“ for a single?

„Both the band and the label thought that the song made sense for a single-release, it showcases the bands talent, and comes with that DevilDriver hook. As far as the Video, that was my idea, Sabbath, is the greatest band, and we wanted something different than the normal dark Metal video.” 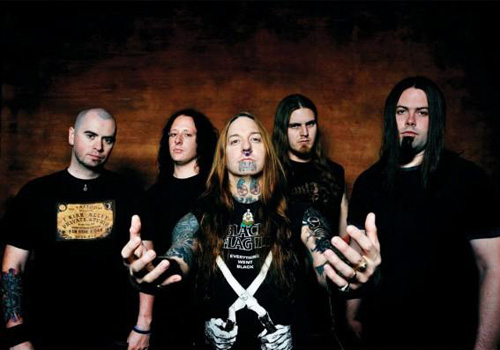 How are you feeling these days and which expectations do you have for the new release?

„I expect one hell of a BBQ and playing some great shows with amazing bands.”

How is the feeling with the other bands on this tour?

„I feel that sounds has a very diverse line-up, some Metal, Metalcore, Hardcore bands... it´s always good to do a tour this diverse.”

How are the current shows?

„We go for intensity, and feed off the crowd´s energy, we all love to play live.”

Where you have the stages attacked primarily?

„We are coming to Europe, as far as Spain, I remember playing with Black Sabbath, Slayer and Pantera, the show was great, we would love to come soon.”

What do you think, when you look back to Coal Chamber?

„As far as Coal Chamber goes I look back with remembrance, but now its time to move on. To anyone who has supported me in the past, and to all who are supporting now - thank you one and all.”