Back in the early '90s Sweden's Dark Tranquillity were laying the foundations for a style of Metal that they could call their own.

Having identified the limitations within the strict and rigid framework of the downtrodden Death Metal genre, Dark Tranquillity began experimenting with and incorporating advanced melodic patterns and non-linear song structures into their intense, aggressive and accomplished music.

Their new album „Damage Done” exudes a dark restlessness longing to understand the technology of the outside world, as only producer Fredrik Nordström and the band could capture. 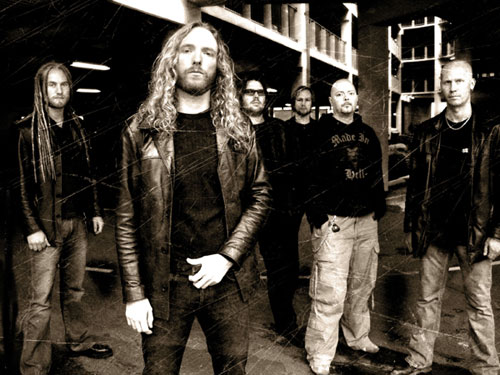 Questions are answered by guitarist and famous cover-artist Niklas Sundin.

„Damage Done“ - a representative album title for the current situation of our planet?

„We've never been too much into incorporating current world events or social commentary in our music, so the damage mentioned in the title is of another kind. The exact meaning is, as always, up to the listener to decode. The charm with quality lyrics is the way they can be interpreted in different ways, and we want to encourage the listener to come up with his own idea of things instead of serving everything on a plate. Information mustn't be accessed too easily.”

Who out of the band had the idea for this title?

„Mikael came up with it. There were some other suggestions floating around, but `Damage Done` was our best bet. Since the overall sound of the album is harder and more harsh, this was the kind of title we needed; something direct and hard-hitting.”

Are the new songs in one or another way connected with the album title?

„Obviously, the title track is. Apart from that, `Damage Done` is a title that sums up the whole album in a good way. It's not a concept album as such, but there's a definite red thread running through all the songs, and this title reveals some of the connection. That said, `Haven`, had more of a clear line between the songs than what the new album has.”

To my mind, the musical style of the band changed a little bit. I hear more deep emotional parts and more complex arrangements as ever before in Dark Tranquillity. Any reasons to name for this?

„Compared to the predecessor, `Haven`, the new album is a bit more complex and technical, with plenty of ideas and arrangement-details not revealing themselves on the first couple of listenings. The reason? None in particular. We play what we feel like playing at any given time, and this is what we wanted to sound during the time of writing the material. The songs simply sounded better with screaming vocals exclusively, so we went all the way for that.”

Mikael´s unique shout voice is a class by itself. Will there ever be clean vocals in the music of Dark Tranquillity?

„There aren't any clear vocals at all on this album, since we didn't feel that it was suitable for the music.”

To play all the new songs of „Damage Done” on stage in the same instrumental artistic way, there will be surely much work and training. What do you think?

„We rehearse pretty often and are used to performing live, so it's no problem. The `Damage Done` songs require solid and precise playing to really shine during a gig, but our older material was a bit more technical, at least guitar-wise, so I'm not worried about how the new songs are going to translate to a live situation.” 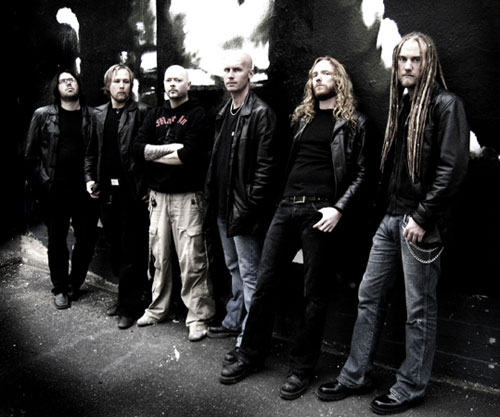 In which direction the sound of Dark Tranquillity will go?

„No, it's pretty impossible to know which direction our sound will take in the future. We never plan too much ahead and the songs mainly turn out the way they do without any master plan that comes into consideration. Traditionally speaking, almost all our albums have been some sort of reaction against the former one, and if that continues I can imagine that the next CD will be a bit more adventurous and experimental, but only time can tell. We haven't began writing any new music yet.”

Which ones are in your point of view the few real survivors of the New Wave Of Swedish Death Metal?

„Survivors? I don't know what to answer to this question. To be honest I'm not very interested in analysing bands from our local area. I always found this NWOSDM-tag a bit useless, and it's an outside construction that makes the whole thing sound much bigger that what it is.”

Dark Tranquillity were beside In Flames very often listed as the originators of the NWOSDM! What´s your personal opinion to this? And which one of both bands were the first beginners of this popular style?

„Well, Dark Tranquillity began playing in 1989 and In Flames was formed in 1993, at which point we already had our first album recorded, so I'd say that we were first, but it doesn't matter. There were other bands, like At The Gates and Ceremonial Oath, around as well, and it was mostly a case of sharing the same influences and wanting to break out of the borders of the ordinary Death Metal that frequented the scene at the time. On the whole, I think that people hyped the Gothenburg-thing way out of proportion and created the impression that the bands from here had more in common that what actually was the case.”

Its still a very interesting and outstanding band after all these years. Which/what is/are the main force(s) behind the music?

„I guess that the main motivator is probably the need to try different things out and not allow the music to become stagnant. I don't have anything against bands that stay the same year after year, but in our case we would probably just lose interest and just quit the band if we didn't try new things out on each album.”

Where to get Dark Tranquillity all the inspirations for songwriting - personal experiences and daily life?

„You're absolutely right. Music, experiences ... everything plays some sort of role.”

Who composed the new tracks mainly?

„All members of the band contribute to the song-writing process by helping to arrange the material in the rehearsal room. The main writers of the riffs this time has been Martin Henriksson and Anders Jivarp, but the rest of us have contributed too.”

„Ex Nihilo“: What led to the decision to take the first instrumental in the long history of Dark Tranquillity?

„We just thought that the song sounded fine as it is, without any singing. We did make an alternative version, with a different structure and vocals, but at the end of the day the instrumental version sounded more interesting. We've had small outros/intros without any vocals as such, but this is the first real instrumental song.” 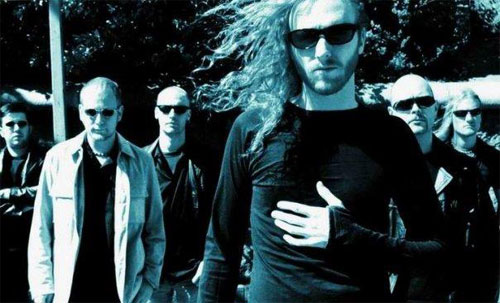 What has to mean „Ex Nihilo”?

„It means `from nothingness` in Latin, as far as I know.”

The new songs are again very, very demanding and majestic Death Metal! How long did it take usually until a song of „Damage Done” was ready to get recorded?

„It can differ a lot. We're pretty perfectionistic when it comes to our music, so every song usually gets rearranged a couple of times, and we try lots of different ideas and arrangements out. It does happen that a song gets completed during just a few rehearsals, but usually we need a couple of months to get everything the way we want it, and we work on different songs during the same time.”

Please explain the lyrical meaning of some of your favourite songs on the new album! (~ 4-5 songs)

„I don't have any real favourite songs as such, and since I didn't write the lyrics I'm not that suitable to answer this question – and, as mentioned before, we're not into dissecting our own work in any greater details, sorry. We prefer people to form their own impression, without any guidelines, if they have a genuine interest.”

Who has created this new brilliant frontcover artwork – you?

What is to see on the picture – the exploding brain of a dark clothed man?

„Right on the spot! But it's not just any dark clothed man, haha!”

What has the picture to mean – a deeper message for the listeners?

„It's a pretty graphic and obvious image in my point of view. Since the music and lyrics of the album is more harsh and in-your-face than on our previous efforts, we wanted this to be reflected on the sleeve as well.”

Plans for the future? It's to read something about an upcoming headliner tour starting in November 2002.

„Nothing is 100 % confirmed yet, but it looks very likely that we'll do a headline tour in late November/December. Our management is still working on the details, so right now there isn't any further info to reveal, but we're expecting the tour schedule and the full list of bands to be finished within a couple of weeks. There are also plans being made for a US tour.”