Just as the body needs also the spirit fresh food. Once you give him nothing, he begins to be old. Referring to it, a Canadian multi-instrumentalist drives himself for several years, more precisely since the end of 2003.

We are talking here of David Parks. In the maintenance and cultivation of the venerable mighty spirit of Bathory he sees his musical mission.

And as an effective delivery vehicle of his artistic inspirations serves him highly atmospheric Epic Pagan Viking Metal. As part of this, exceptional human being Parks made some showpieces of often hypnotic effect.

Living in Calgary, these lover of powerful epic moods is also an equally fanatical as well as romantic nature worshipper. A gratifying circumstance, which distinguishes probably responsible for many surprisingly subtle nuances in the Dark Forest compositions.

The already brilliantly successful „Demo 2005“ was followed in mid 2007 by the valuable debut album „Aurora Borealis“, which brought a myriad of enthusiastic response to the main initiator. David answers the questions.

Could you please give a short review about the past years of your history as a musician?And an small overview of Dark Forest, for all who do not yet know the band! 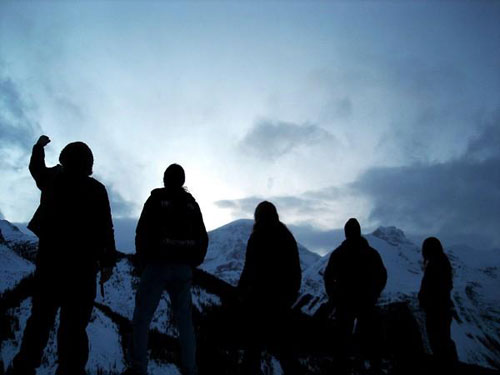 „I began guitar in 1997 or 1998 and am self-taught on keyboards and other instruments. I began Dark Forest in 2003 as a one-man project, which came out of many home-recordings that I created. I wasn’t really interested in making it a band or even releasing material. I found myself with a few recordings that I assembled into "Demo 2005", and the releases of Dark Forest began there. There was a lot of unexpected and positive feedback for Dark Forest in west Canada and all over the world. I assembled a live line-up in late 2005 and Dark Forest has appeared live since then. There is currently one demo ("Demo 2005") and one full-length album ("Aurora Borealis"), with another full-length album now being composed. Since early 2006 with the first gig, Dark Forest has now played many times in Canada and once in the United States for the Heathen Crusade II festival.“

Do you feel personally a deep spiritual connection of your creative soul with the traditions and the ancient wisdom of your fatherland, Canada?

„Canada is still a very young country compared to those of the Old World. It’s a fact that the traditions of Canada are, in their origins, European – as many of the people in Canada are descendent of. These ideas all together, mixed with our own history and ideas are a large influence to me. With this idea, I feel a spiritual connection.“

Retrospective: what moments were the best for you in your previous career? 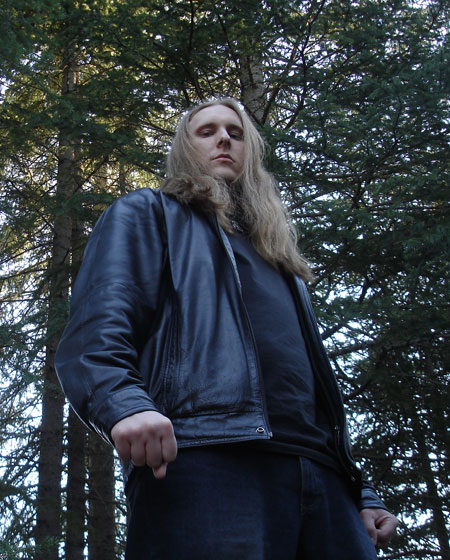 „The initial and unexpected success of the project itself may be the best moments. Some larger gigs that we play are also considered great success. One can really see how much people appreciate the music there!“

Have you gotten good feedback for Dark Forest from German Metalheads?

„Yes, much feedback from Germany! Germany is very supportive, and I thank you. I hope that one day we can play for you there and in many other places of the Old World!”

Have you gotten good feedback for Dark Forest from the Canadian Metal scene?

„Yes, all bands and fans are very supportive here. Of course, the basis and origin of support is here in Canada. We’re a large country and we get good support from everywhere.“

What is still the most inner driving force within the band to create such epic, various and hard music?

„The inner driving force is the achievement of the atmosphere that projects exactly what it is that Dark Forest is all about. When history and the natural environment around us are musically and lyrically mixed together in this style, this achievement takes place.“

Dark Forest, a group of experienced musicians in a team … is it difficult sometimes to get all ideas fitting together? In the beginning of Dark Forest you were the mainman…

„Once we began to rehearse as a group, it wasn’t very difficult to learn the material all together. The material is set, and we rehearse it how it is composed – with some minor changes. There are never many problems with this. We just have to continue to rehearse.“

Let's talk straight about „Aurora Borealis“ - what is behind? With which expectations did you begun on writing music for the album?

„With "Aurora Borealis", I wanted to continue what I had created on "Demo 2005". I expected to head in the same direction as it, with better recording quality and progression in sound. The album was written over an extended period of time, and this is the reason for the various styles of the songs. It came together very nice and varied, and I’ve gotten many positive comments about this. I don’t think that when you want to create an album, it turns out how you expect it to in the end. It doesn’t mean that it is bad, but it is just very hard to plan and to predict these things.“ 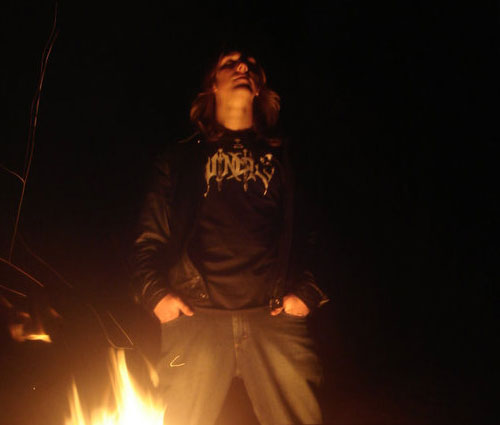 About the fine front cover art of „Aurora Borealis” - how did you come in touch with Kris Verwimp ?

„Once "Demo 2005" was released, and I had only started to write "Aurora Borealis“ material, I contacted Kris Verwimp asking if he would be interested in creating the art for Dark Forest albums. Naturally, I sent him the music I had to date. He supported me very much and agreed to do Dark Forest artwork, and so it was!“

Who or what did influence the writing of the lyrics for the album and what is behind?

„Nobody influenced the writing of the lyrics for the album, just my own vision. Typically, I had an idea of what I wanted the song to be about while writing the music. It went from there and the lyrics were created. The lyrics vary from song to song in meaning. Many of the songs are about nature and its greatness and significance, while others are stories and personal visions, meant for the listener to also put them in this position.“

What do you want tell the people with your lyrics?

„I want to get the listener to forget about where they are now, and to go back to a better and/or different time – to be fully immersed in the atmosphere of the lyrics is the goal.”

Who influenced you mostly in making music in general? 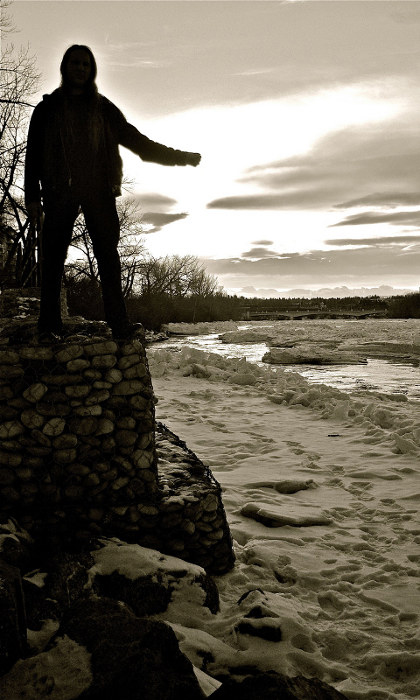 „In the earlier years, bands like Bathory and Moonsorrow were great influences to me, along with other Metal bands. Now, I find that I am becoming influenced from various soundtracks and scores, as well as from lots of traditional Folk music - and not so much by Metal music. The melodies and arrangements of these kinds of music can be the most powerful sounds I’ve ever heard, and so they are influential to me.“

What can you tell about the Canadian Pagan/Viking/Folk Metal movement?

„It is basically non-existent, especially compared to the Old World. There are a few bands here and there, but really not many. It is unfortunate, really. Hopefully we can see more bands of this style in the future.“

What's your opinion about the German Pagan Metal scene?

„I think it is alive and well! A lot of great bands of this style are in Germany right now, and I keep learning about new ones from time to time. Great work!“

Are live gigs planned and are there plans for a tour?

„There are no definite gigs right now, but we will play in 2009. We typically only play three to four gigs per year in Calgary and the rest are abroad if the worthwhile opportunity arises. We would like to tour Canada in mid-2009, but there are no definite plans for this either.“

What do you think about bands out of the genre, which do mostly anything (even change the style of music), just to become and stay popular?

„Obviously these kinds of bands are in a music business for business and commercial reasons – to make money and fame, and not personal interest and advancement. I think that this idea alone separates genuine music from non-genuine music. Many of us can tell what is genuine and what is not... and I think these bands which you speak of know that they are non-genuine.“

„We don’t have many traditional drinks in Canada. My favourite and most common drink while composing and recording is my own homemade beer.“

Which CDs are rotating mostly in your player?

„Only a few Metal bands are regular listening for me these days. Right now, when I listen to Metal, I am listening to Forefather, Skyforger, Windir, and a few others. The following CDs: Forefather – "Steadfast", Skyforger – "Latviešu Strelnieki", Windir – "Arntor".”