After twelve months spent in the rehearsal room it's time now for these Italians to unleash the surprising new album release „Shifting Realities”.

Led by the extraordinary voice of female singer Eva Rondinelli, Dakrua are ready once more to give massive power to their big talent.

What did happen in Dakrua after the release of the debut album „Inner Wastelands”? 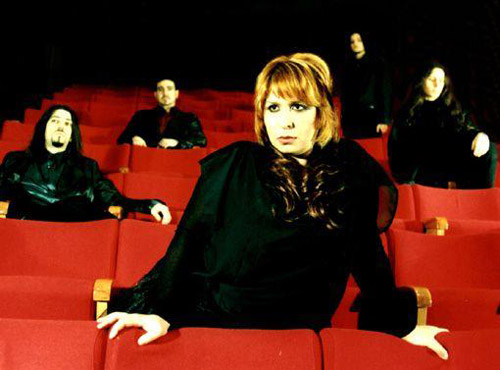 William: „After the release of `Inner Wastelands` we’ve made an Italian tour, as support act to Death SS (an historical Italian `Horror Metal` band) and many other gigs with different bands, all in Italy. In the meantime, we’ve wrote a lot of new material, trying to focus more in creating our own music, trying to bring a more personal approach to the songs and unleashing all our musical influences in them. Beside all this, we’ve experienced a lot of different things in our own lives. Things which had an heavy resonance in the music and lyrics of the album.”

Got appropriate appreciation for „Shifting Realities” by global music press to date?

William: „Well, for `Shifting Realities` we’ve received some good first feedback by the music press. We’re still waiting to receive more feedback, especially outside of Italy. The promotion of the new album started not so long ago, and so. We’re also waiting for the opinion of our fans, as the album will be released the 25th of February 2002.”

Eva: „At least the opinion of some fans: those who have already heard the promotional copy of `Shifting Realities` really loved it.”

How long did it take to write all the new song material?

William: „Two years. After the first album we needed to have a break and reflect upon the direction and the meaning of our music. As I said, we needed to focus more on the essence of our sound, to re-discover it, to fully understand it and to understand the way in which our personality and our thoughts were reflected by the music. We’ve composed a lot of material and we’ve kept only the songs we really liked, the songs that sounded 100 % `Dakrua` to us, caring not about external pressure or music trends. In this period, with all the experience coming out from the first album and live gigs, we’ve also learned to structure in a better way the songs. We felt that some of the compositions of the old album were too long, sometimes too complex. We’ve choose to refine and redefine better then we did before the new songs and to make them sound more `live`, more groovy. Maybe this is the key to the new album: energy and groove.“ 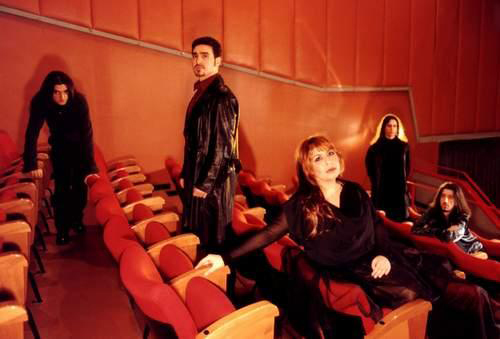 Eva: „And yet this is still a very emotional music, a music coming out of our hearts. We will never loose this component.”

What means the title „Shifting Realities“?

William: „`Shifting Realities` means both: shifting between realities and changing the reality. We think that this title reflects in a really good way the essence of the album, the shape-shifting nature of the songs in it. Every one differs from the other and yet you can hear something that joins them. You shift from one song to another… shifting dimensions of sound and emotions, in a gentle way, in a natural way. The title `Shifting Realities` is also related to how our lives have changed in the period between the old album and the new: our experiences, our way to see things and living life… and obviously play music! The meaning `changing the reality` is the expression of our will to `make our way` in playing music, we don’t want to take anyone as reference for it. We just want to play our music.“

What is the main concept or theme on „Shifting Realities”?

William: „Well, if there is a main concept, this is surely the change. `The change` itself. It’s about how things in everyone’s life `take a turn`, in a day, a month, ten years, no matter how much time. It’s about how the entire world changes continuously. We’ve seen it in September… We see this in our own lives, in our tragedies, in our joys, in the melancholy, in the birth and in the death. The only certain thing about everything is the change. This makes me wonder many times. Sometimes I’m scared about it, sometimes I wait for it. And the feelings we reflect in our music are based on this theme. We talk about the time and the choices everyone makes in his life. About a dying love that gives both pain and new strength to the individual. About how life must be lived ‘till the end, because there are so many, many things to see and experience. All the feelings and situations of which we speak are things that we’ve really felt and lived. It is our way to see things, our way to think about ideas. Just this.“ 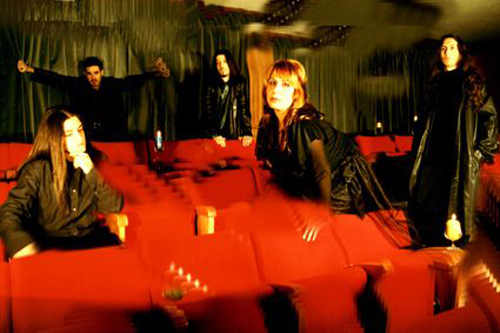 Why Dakrua does especially this style of Metal?

William: „Simply because it’s the music that suits us better. It’s the perfect expression of ourselves. Or at least is the better expression of our `meditative sides`. I think that this kind of music brings itself serious themes, is not a music with which one could speak of wild parties & stuff like that. It’s a way to free our mind and heart from a lot of negative things, talking about them, sharing them with our listeners, trying to find some form of `katharsis` a Greek word which was used for the healing side theatre. The healing of the spirit. So is this music for us. A way of healing.”

What is your own definition for the style of Dakrua?

William: „A difficult question. If you asked to me two years ago I’ll surely had answered Gothic Metal. Now I can say that we play a music deeply rooted in the Gothic, but that tries also to open itself to new ways of expression, trying to add some groove elements, too many times forgotten from standard Gothic bands, and also other non conventional things. It is surely a `live` music, a music you can also enjoy at a concert and not only from the CD. It rocks!“

Both vocalists in Dakrua sharing their contributions in a 50/50 way, how did develop that?

Eva: „It all comes out in a very natural way. When we finish the instrumental part of a new song we just think what’s the voice that will suits better for it. We don’t care about using mainly one voice or another. We just think that some songs will come out better with a predominant male voice, some with a predominant female one, and some others with both voices playing the same role. We just let our instinct judge. There is no particular study behind this. It comes out in a natural fashion.“ 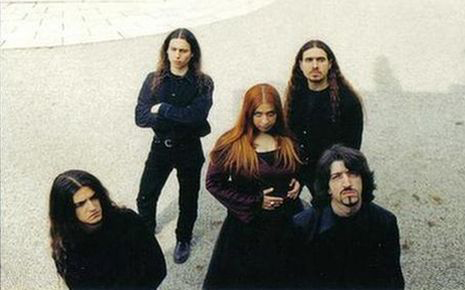 How would you describe the band members to outstanding persons?

William: „The human nature is so complicated that hardly you’ll find many similarities from one to another… We are all friends and share a common visions of the music. We have a straight approach to life and people, we don’t have a `rockstar attitude` (eh eh… also because we don’t sell so much to be rockstars), we like to spend many time with our fans, drinking, talking about everything. We’re not gloomy all the time, we like also to have fun, just like everyone. Outside the music: everyone in the band works or study at the university. Maybe, amongst the band, I’m the one more interested in the `dark` aspects of reality and life (culture, books, etc.).“

How is to imagine a concert of Dakrua?

William: „Very, very rock’n’roll style. No effects. No fucking pre-recorded opera voices, guitars and keyboards. I hate this shit, it just kills a show. Just the band playing, everything ‘live. We’ll like to have some good light effects, but right now it’s too expensive … we’ll see in the future for this. For the visual part: we don’t dress like vampires or ‘70s people. We just wear mainly black, simple, as we do every day. In fact there is no break between what we are on stage and out in the `real world`. This is our attitude. To be real in every sense.”

William: „Right now we’re promoting the new album. We’re working to prepare the live shows and we’re also composing new songs… For the future we’ll move exactly like we did for this album: we’ll make honest music. Music that we like, not made just to sell more albums.“

Hopes and expectations for the new album?

William: „That it can be accepted as it is: something that tries to give new interpretations to the Gothic Metal or at least some more evolution space to it. Maybe this may seem a little bit pretentious, but we like to think so. I also hope to make, with this album some gigs outside Italy … we’ll see. Many thanks to Metalmessage for the space given to Dakrua!”