The Swedish group serves up „pop on the rocks“ with an irresistable charm based upon a combination of futurism and tradition, two seemingly contradictory elements.

Covenant took over the minimalist line of electro-pop pioneers such as Kraftwerk and Human League, filtered it through the evolution of modern dance music and added full-bodied harmony and energetic beats. 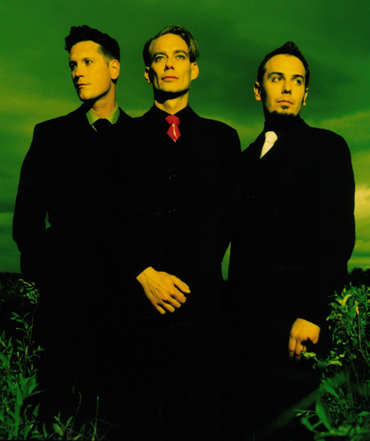 Interview questions answered by spokesman, lyricist and keyboarder Joakim Montelius as well as by songwriter and vocalist Eskil Simonsson.

„Northern Light” is undoubtly the most emotional, atmospheric and silent sounding album to date in your career. Please try to bring the reasons closer!

Joakim: „It's very simple really. We were in an emotional, moodful and silent state of mind. The music we make is the feelings we have; we're always searching for the interface between soul and music. The best music is music that clearly and undoubtedly comes straight from the inside of the creators, music that is a soundtrack of their lives. Northern Light was written during a confusing and rather desperate period. Eskil had just moved to Berlin and was trying to get to terms with his new city and unfamiliar surroundings. I was frustrated with life in Sweden and was looking for a way out, thinking a lot about transition and where I actually belonged. Naturally these things made it difficult to create easy-going dance music.”

What specific types of deeper emotions are reflected on the new album by the music?

Joakim: „Loss, frustration, melancholy, stress, hope, hopelessness, unreleased anger, love, the feeling of being at the wrong place at the wrong time...”

Which other music, which bands did influenced the band in the songwriting for „Northern Lights“?

Joakim: „Not many, for a change. We have always used influences from a wide spectrum of music, but this time there weren't so much interesting stuff going on. So we went backwards to discover ourselves and rediscover the singer-songwriters of the 60's and 70's. Van Morrison's `Astral Weeks`, Leonard Cohen, Springsteen's `Nebraska` and Jeff Buckley. But there are traces of Radiohead, Primal Scream, Depeche Mode, Pan Sonic, Suicide, New Order, Gospel, Blues. And Techno/ House as usual; we even borrowed some loops from Steve Stoll for `Rising Sun`. Minimalist composers like Steve Reich and Philip Glass, their pupils Kraftwerk, Can! and Faust, and the modern followers like Richie Hawtin and Rechenzentrum. As always, a mish-mash of styles and ideas. Not much of it is obvious or easy to detect though. Most of all ,Northern Lights‘ sounds like Covenant; Glühwein with electronic icecubes if you want.” 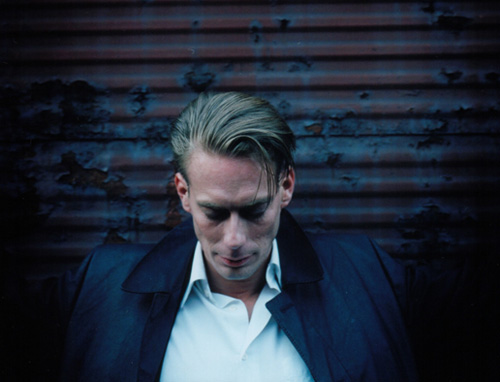 In what specific moods it was to compose the easiest way for the new album?

I like especially the song „We Stand Alone“, a real hit to my mind – who out of the band has it written?

Eskil: „Thanks, I wrote it in Berlin and it was the first song made after our last album, United states of mind. Actually I think it's kind of joyful but then again we always tend turn towards the solitude feeling. I guess we are a bit lonesome here up north of Europe.”

I´m interested in the lyrics of „We stand Alone“ - please tell a bit about!

Eskil: „There are many influences and parallel stories. The overall theme is my feeling of alienation as a new citizen of Berlin but also a feeling of sensation of what the city has to offer. The setting is Rome, we played there recently, and this city always makes a lasting impression. You literally are taken away by wings of history and you have to close your eyes. Changing the setting makes it easier to extract the basic emotions you want to express. In the end we will all fall but it doesn't need to be that bad. There is yet time and there are some many stories to be told and people to embrace.” 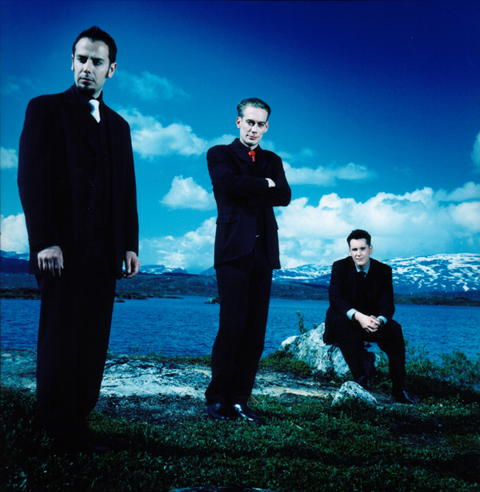 What does mean the title of the track „We Want Revolution“ - what kind of revolution?

Joakim: „It's a personal revolution. I'm a pacifist and a political nihilist. But I do believe in the human power to change, to grow and struggle to become better. But personal change is hard. Sometimes you need to take drastic steps and all metamorphosis is painful. So I made myself a promise; that every day I would challenge myself and perform a daily revolution, just for the sake of it in order to stop myself from being lazy or frightened. Some days the revolution is a small, insignificant thing like doing the dishes after dinner instead of leaving them until the day after. Or putting the TV in the closet and read a book instead. And some days it's major decisions like packing my stuff and leave the country. What matters is to keep myself on my toes, to make the most of life. This is the revolution I talk about and it's the kind of revolution that's truly useful and positive.”

What does the title of the album mean for you guys - „Northern“ in relation to your home country?

Joakim: „No. And yes. There is a northern cold and romantic melancholy to it, that is typically Scandinavian. But I get the same feeling in Canada or Russia too. We believe in people, not nations. But the nature and climate of the north has a strong influence over the mood and behaviour of the people living there. In the winter we have only a few hours of daylight, and that darkness gets to you after a while. It's well known that lack of light lowers the production of serotonin and that makes people depressed and melancholic. On the other hand the summers are very light and for a few weeks the sun never sets. These extremes make northern people split up and dualistic. Light-dark, happy-sad, active-passive, open-reclusive... These are opposites (or symbiotic pairs) we recognise in our music, stuff that is there even though we didn't think about it. So Northern Light is simply a description, not a theme or ideal.”

In my opinion the music of Covenant is a perfect sounding combination between dark human emotions and strong digital coldness. How do you guys reach such a perfection? It‘s surely pretty difficult to create such giant atmospheres... 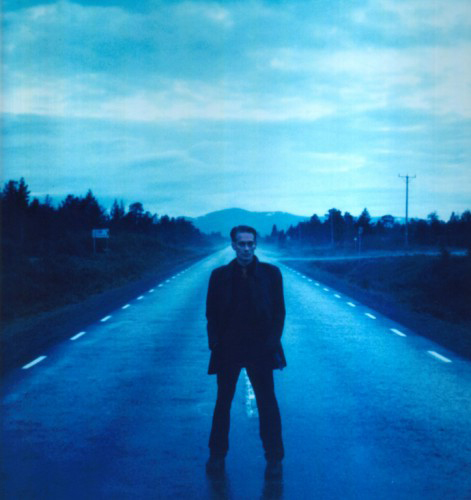 Eskil: „I guess you just have to let it go. Close your eyes and lean over the cliff. Fall, reach inwards and enjoy that you have the possibility to express yourself. From there it's a lot of hard work and programming involved. We love working with synthesisers and computers, they're our friends but not all friends are electric…”

The mentioned bio-mechanical atmosphere on the new album: how did you felt it during the songwriting process?

As an human, which is controlled through machines?

Or more than a human, who controls the „sound“-machines?

Joakim: „Machines are tools. Just like the carpenter controls his hammer, we control the computers. Computers are still mindless slaves that do exactly what they are told. The beauty is that you can tell them to do so many different things. While giving our instructions we search for a language, or an interface, that will translate our emotions into sound. That interface is tricky to use and it's not without flaws. So total control is difficult and maybe even undesirable. There is a margin for error and the music of chance, just like the guitarist or didgeridoo-player can use the inadequacies of his instrument. If you know what you're doing – as I think we do – it's the symbiosis between man and machine that makes it possible to make truly human music out of electronic circuitry. Computers don't make mistakes. Humans do. To be able learn from your mistakes and turn them into something useful or meaningful is what marks the creative man.”

What is definite goal with your music?

Joakim: „To achieve peace of mind through musical expression of our feelings and ideas.”