Council Of The Fallen consists of Sean Baxter, Derek Roddy and Kevin Quirion. The recommendable troup formed between Fall and Winter of 1997.

Drummer Derek Roddy had just relocated to Myrtle Beach, South Carolina from Deerfield Beach, Florida after leaving Malevolent Creation following the recording of the „In Cold Blood“ CD and some touring.

Derek was introduced to Kevin Quirion and soon after, they were writing songs. Sean Baxter, known of Broken Hope and Em Sinfonia, was added to the mix to complete the trio and the plan to record was set in motion.

Council Of The Fallen prepare to enter Dimensional Sound Studios but a set back at Dimensional Sound prevented the band from recording there and they subsequently began recorded „Revealing Damnation” at Derek Roddy's personal studio.

And this truly awesome debut album is a real secret tip! Harmony-rich, it does however not lack in brutality at all. More, „Revealing Damnation” is an insatiable twister of Black-, Death- and Progressive Metal.

I talk with guitarist Kevin Quirion, which is also responsible for the high screeches at Council Of The Fallen. 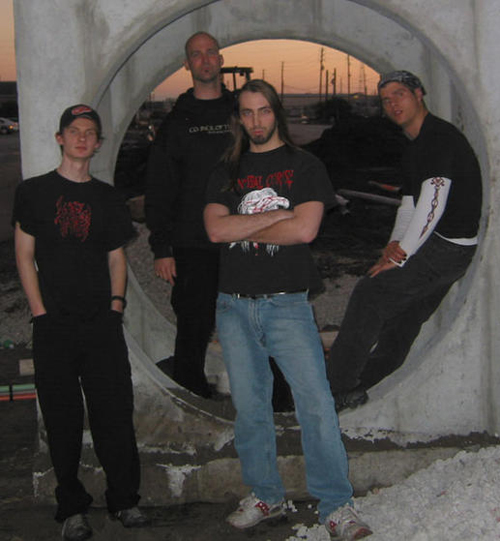 Kevin, how long has been Council Of The Fallen around and how exactly did you all come together?

„I met Derek about five years ago when he was living in my city of Myrtle Beach. He was looking for a guitarist to jam with and since I'm the only one that plays Death Metal here we eventually met. I met Sean after telling the label we wanted a vocalist that could sing Death Metal and play bass. I got in touch with him and everything worked out.“

Which meaning has the band name Council Of The Fallen and who had the idea for it?

„The name has a couple of different meanings. It symbolizes the fallen as a religious meaning and as a symbol for the dead. Both are accurate. I came up with the name and Derek agreed that it was a good name. It's not a very typical name and I believe it stands out and is a good description of the music and lyrics.“

How were the reactions to the new album „Revealing Damnation“ so far?

„Most of the reviews have been great. Alot of good things said. I've enjoyed reading the reviews and doing the interviews. The blend of Death Metal and Black Metal has been appreciated. Vocally and muscially.“

What has the album-title „Revealing Damnation“ to mean?

„`Revealing Damnation` reminds people that we will all die and therefore be damned. There most likely is no afterlife. The title is the band reminding the listener to live for the day for tomorrow may not be.“

How is Council Of The Fallen comparable to Hate Eternal in your opinion?

„They are much better musicians and play a more technical type of Death Metal. Speed is more of a definate. Council Of The Fallen can go fast, but mixes it up with more traditional Death Metal break downs. We can play a thrash riff if we want. I'm more about writing good songs instead of complicated riffs.“ 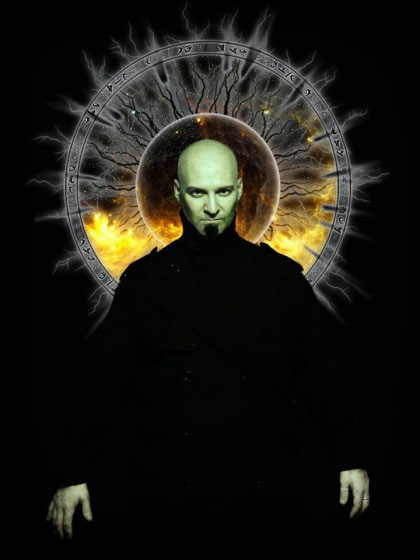 What are the subjects of your songs on „Revealing Damnation“?

„Alot of them deal with questioning the existence of a god and reality. Isolation is also a topic and finding ones own way. Other songs deal with man's demise because of his beliefs. The lyrics to `Unveiling The Path` are some of my favorite.“

Which one out of the band has composed/written the most of the material?

Can you start telling me something about the album creation? Where it has been recorded?

„Derek has a personal studio that we use. He also produced it and did all of the engineering and mixing. I like him doing it because we have very similar tastes and I trust everything he does. The studio is in south Florida and its more of a warehouse then anything. I'd rather use this then have some producer that doesn't understand the band involved. Alot more comfortable and if we need a day off then it isn't a problem. No pressure.“

„Its really hard to narrow down albums. I guess the first Deicide. One of those albums that I just listened to over and over and one of the first that made me love Death Metal. Cradle Of Filth's `Cruelty And The Beast`. Just great songs and one of the best vocalist out there. Amon Amarth – any CD. One of my favorite bands and I can't chose a favorite. Followed them around when they came to the States. Nevermore – `Dead Heart In A Dead World`. Just great everything. A masterpiece. Another Cradle Of Filth or Amon Amarth album. Pick one.“

Which are your major influences?

„Early 90's Death Metal and late 90's Black Metal. Most bands that I have heard have been an influence. From Marduk and Immortal to Deicide. Even melodic Death Metal from Sweden. Any great band.“

Your guitar-work is unbelievable! Since how many years you´re playing and how many hours a week you´re training your playing? 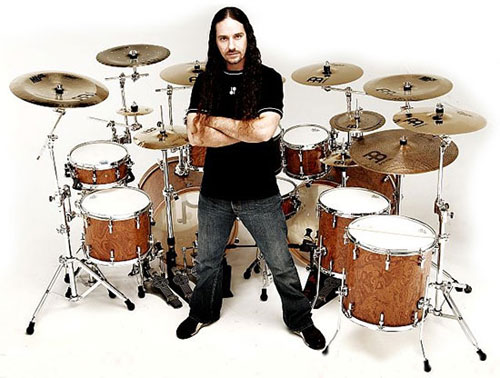 „I've been playing for about twelve years. I've only had two guitar lessons and the rest was learned from magazines and just messing around with the instrument. Lessons taught theory and Mary Had A Little Lamb. I wanted to learn how to play Poison songs in the beginning. I can't read music or even play solos. I see myself more as a song writer. I'm not good at improvising either. Its good to know what you can play, but better to know what you can't. If a guitarist asks me about my equipment I am totally clueless or what key I'm in, but give me a minute and I'll come upwith a great riff and good sections to accompany it.“

Can you tell me what separates your own band from other Black- and Death Metal bands?

How do you feel with Martyr Music Group Records?

Beside music, which are your main interests?

Which is your biggest personal dream?

„Travel and music are my only goals. I've have done alot of traveling already. The biggest dream now is for the band to play out. If we could tour that would be the biggest dream. Traveling and recording a CD have already been accomplished. I've been single for awhile and I would like to start looking for a chick now. I do all of my traveling when I'm single so I won't have to pay for another person. Very smart.“ 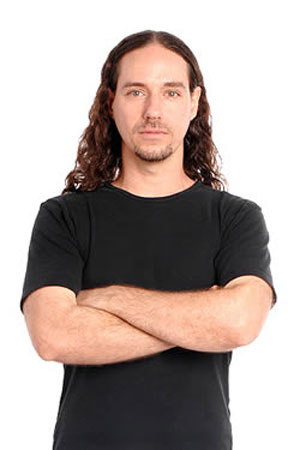 What do you think about the American Metal scene?

„Its ok. American bands don't usually hold my interest for alot of albums. They get boring after awhile. I like some experimenting, but not introducing techno or anything like that. American bands usually are good for any album or two. European bands seem more interesting and willing to set the stage. They are good for more albums in my opinion. Not because they are European though. Just a coincidence.“

Which are your future tour plans?

„I don't know if we will every get the chance to play out. Derek is touring alot with his other band and we all live in different states. I work alot also and am only avaible for the winter months. We have all expressed interest, but I don't know if it will ever happen. Time issues and label issues also.“

Which bands would you one day love to tour with?

„Cradle Of Filth, Immortal, Dark Tranquillity. Any band that I listen to their CDs.“

Do you have any thoughts or advice for people trying to start up a band or already have a young band?

„Really concentrate on writing good songs. Find the right people to play with who have the same goals. Only sign a contract with a label or manager that you have done some background checks on. Ask people about them and do some research. Get the copywrites to your songs. Its all about the music, but knowing the business side is very important.“

What is your greatest and most memorable event that you have experienced as a part of the music world?

„We plan on recording the next CD at the beginning of 2003 at Derek's studio again. The songs are ready and all we need to do is write a couple of lyrics. The songs are just as brutal as the first and it should match the first outing. Might even ad a clean vocal for one of the chorus'. Just to expand more, but we won't be going In Flames or Soilwork so don't worry about that. Expect more Death/Black Metal. I've had some shirts printed up, too. Thanks for the interview.“