Cornerstone is based on Scottish vocalist Doogie White and well known Danish bass player Steen Mogensen, the latter is well known of bombast Metal heroes Royal Hunt. With a solid background on the Hard Rock scene, the two of them released the highly acclaimed and very successful debut album „Arrival” in 2000.

Now the new Cornerstone album is finally out. „Human Stain” is the brilliant follow-up and here is no doubt about, the former Rainbow vocalist and the Royal Hunt bass-player are aiming for the glowing stars of Rock heaven with this truly smashing release.

All the timeless and catchy Rock songs on „Human Stain” are the product of a fertile collaboration on the songwriting between the two likeminded talents. And they draw strong parallels to the classic Rock bands of the glorious Seventees, such as Deep Purple, Rainbow, Dio or Thin Lizzy. 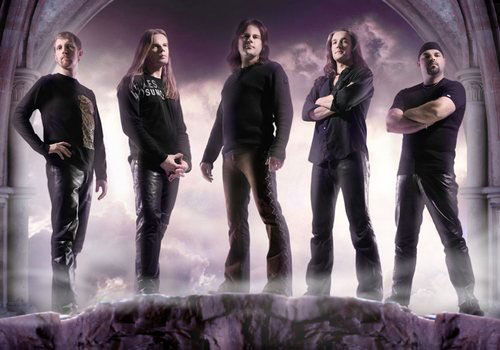 The album was recorded in Copenhagen during the summer of 2001 and features such virtuos musicians as Allan Sorensen (ex-Royal Hunt) on drums and the energetic Kaspar Damgaard from the Mike Tramp band on guitars, with whom Cornerstone were able to catch the essence in their great melodic music and to hit the point right on the target.

„Human Stain” is definetly going to be one of the strongest albums in the Hard Rock scene this year.

Doogie reports, concerning the current situation in the bandcamp:

„Cornerstone is primarily Steen and myself. We always have Allan Sorensen playing drums because he brings something exciting to the recordings, beside from that he runs the Cornerstone web page, and we actually consider him as the third member of Cornerstone.”

Steen hangs on: „On guitars we picked a very talented guy out of Copenhagen called Kasper Damgaard, who really contributed to the feel of this album, with is rough and rock´n-roll´ish way of playing, we got what we wanted or deserved? The keyboard parts were shared between me and Rune Brink (Wuthering Heights), who brought some new dimensions in to the recordings, with his killer Hammond and flashy keyboard solos. Its neither a band nor a project, it is something, somewhere in between, you know Cornersone started out as a studio thing with `Arrival`, but we´ve been working very close on the songwriting and in the studio for `Human Stain`, and all of the musicians gave their best to make it happen, and I know everybody had a great time and felt something special during the recordings of the album.”

Where and when the band found its way into being? Steen:

„It all began in Copenhagen were I live in 1998-1999, I was fooling around with some songmaterial and decided to invite some of my bandmates from Royal Hunt guys to help me out in the studio, to record all of the music parts for `Arrival`, it was around that period of time Doogie came in to the picture, I had my manager to take contact to Doogie in London, and he agreed to help me out on the vocals, and he really was a pleasure to work with, giving all the songs his power treatment, and on the other hand a strong personal touch.”

Does exist a possibility of comparison of Cornerstone to other bands of the nowadays genre? Doogie:

„Certainly, the first record `Arrival` was categorized in a pomp/Melodic Rock genre. However this new one `Human Stain` is in a heavier vain. We felt, even after the success of `Arrival` that we wanted to make a different kind of album, rather than recreate the first. That said, it's the same players, voice and producer, so there will be familiar areas in there.”

Steen complements: „I really don´t know what other bands are up to these days, but we both agreed to make an album with strong influences from the Seventees (back to the roots kind of thing) and personally I think there´s a lot of younger people around, that never heard a good classic Hard Rock song, but now they will get the chance to dig in to it, and maybe there´s a couple of the older ones, who misses it.”

Is a tour planned after the release of the album? Doogie informs:

„We have talked about doing a couple of weeks round Europe if all goes well. The problem is that touring is so expensive these days. I love being on the road so it would not be a problem.” 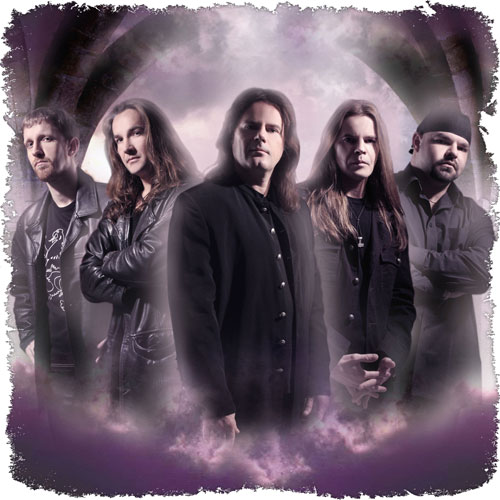 What does mean the title of the new album? Doogie:

„The album is called `Human Stain`. It is, I suppose, about the `stain` man leaves on the landscape, leaves in the sea, leaves in the heart of loved ones.”

„Human Stain” does have a very good production. Steen says:

„The album was recorded in Media Sound Studios in Copenhagen, and I was sitting in the `Producer chair and smoking cigars`, haha! No, it was actually a hard album to record, we spent 3 months on the production and mixing, but we also took the freedom to hang around in city of Copenhagen for a couple of nights and had to spend the next day recovering.”

How long was the songwriting time for the new album output? Steen:

„Approximately 6 months, we were shipping tapes back and forth before we said `thats it, lets get rollin´`.”

The both have worked together very good, though they living far away from each other. Steen:

„On this album we cooperated on every song, I was working and recording demos of the music parts in my home studio, while Doogie was working on the lyrics back home, in between digging up songs and old demo tapes shipping them to me. We never even talked about it, but its no lie to anyone, that a lot of musicians comes up with the best songs, when they are feeling sad and shitty.”

For the lyrics it‘s the same. Doogie:

„Steen sent me some exciting/dark and intriging pieces of music that cried out for heavier/darker lyrics. Please don´t get me wrong – it's not all doom and gloom. There are lighter moments. But not many. I write better when I am pissed off, sad and angry.”

Doogie announces his main plans for the nearer future:

„I will be helping promote `Human Stain` with Steen. Then I will finish my solo album. Possible touring with Cornerstone and then hopefully the next Cornerstone album. I may start racing Mini Coopers for fun.”

Hopes for the new album itself?

Doogie: „100.000 sales would be nice. I could buy my Mini Cooper. Realistically though. I hope people like the album and the route we have taken with it this time. It was my first attempt to sing after having throat surgery so it was a nervous time for me. I am very pleased with the record. If we improve on the sales of the first album that will be cool.”

At the end of the questions - something special to the fans and followers?

Doogie: „Heroin will kill you, drinking and driving might kill someone else. Stay safe and enjoy life and never buy record company fodder records it only encourages them, support your local Rock club and ignore everything I say.”

Steen: „I hope to see all of you around in the near future, enjoy `Human Stain`!”