These creatively extremely independently acting Norwegians pump fresh blood into the quite leached-out veins of the Progressive Power Metal league. After the founding in the year 2003 followed already not too long time later a mandatory demo.

And its musical quality was so high that Communic got both management and record deal within shortest time. Band founder, singer and guitarist Oddleif Stensland is a genuine multi-talent. A full-blood artist with an intuitive feeling for just as timeless as fastidious sound splendour. 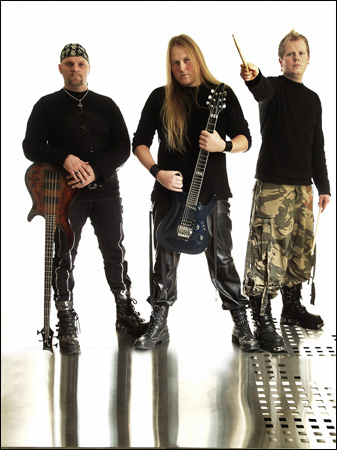 Stensland has at some points of his intensely emotional vocal lecture an amazing affinity for the unique harmony of siren singer Warrel Dane, which should make you listen.

But not only vocally, also musically Communic tend with various influences from the past two decades of Metal often to the best creative periods of Nevermore.

Fans who adore the magnificent 1996 Nevermore EP „In Memory“, should therefore quickly listen Communic on their meaty debut album „Conspiracy In Mind”. Oddleif answers the questions.

„Hey we are doing fine. It has been an hectic autumn and winter for Communic, with the recording and finalization of our debut album, and now this weekend we shoot the video for the title track of the album, „Conspiracy In Mind”. The video shoot was a new and exiting experience for us and really hard work. We for sure had picked a location inside an old bunker in the forest, and had to carry all the equipment and a real heavy power generator, but in the end it was worth it. Now we have started to focus on live shows and prepare for that. Im also looking forward to do interviews and promotion for the new album.“

In which city do you living?

„Tor Atle is from Kristiansand, and Erik and me are from a small town called Mandal. This is on the south tip of Norway, as south as you can get up here. Its around a 5 hour drive from Oslo.“

„We are quite different in our musical taste and also personalities, but blended together we end up with the expression in the music that we have. Erik (bass) is mostly into metal like Manowar but also stuff like Entombed and Sepultura. Tor Atle (drums) are more into groovy metal, death metal and even more modern metal. Me, myself (git, vocal) are more into the melodic metal from the beginning of the nineties, progressive metal and US power metal. The comparisons to Sanctuary and Nevermore, we hear all the time but I don't think to much about it, kind of a complement, but its in some way OK to let people know, so that they can figure out if they may like it because its not to far off, and maybe they wants to check it out - but I really think we have a unique style of our own. Also the same with Psychotic Waltz, a great band that I really like. Onward is a band that I never have heard of, have to check it out.” 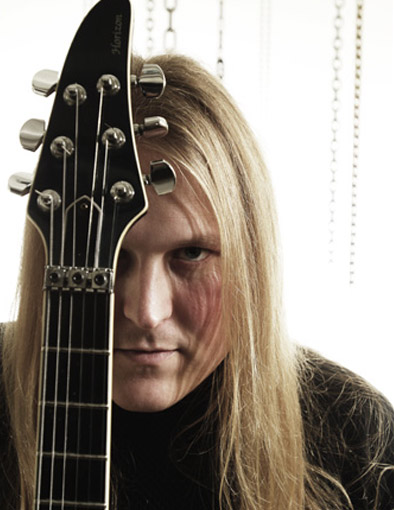 „I don't think its easy to put a label on us, because the music and expressions within are so diverse. Power metal in some experimental form, yet easy to listen to. A tad progressive - quite moody, mellow and emotional. A blend of power, thrash, progressive and a bit of doom and groovy metal is a way I have used to describe it. „

„My main lyrical influences come mostly from personal issues, or from watching the news. The ocean and the moon has also inspired me in some way during the years. I also like to write the lyrics so that the listener has to find their own interpretation of what it is all about, and that is most likely not what I have had in mind.“

Which other Metal acts do you like? Which are your faves?

„There is a Norwegian metal band that I have listened to a lot lately, called Tömmermenn, a real killer live band as well. Other than that I like King Diamond, Jag Panzer, Iced Earth, Kamelot and many more.”

How much you like to play your music live?

„We are really looking forward to get started to play live when the album comes out. We have said NO to all the request on playing live until now, because we didn't want to play live before we had an album to support. So we have actually never played live with Communic yet, but we are all experienced in doing live shows and touring in other bands during the years, and that is what its all about. Its when you play live that the music actually comes to life, and feeds you with the rush that it is to stand on the stage and get feedback from the audience.”

What´s your personal opinion about the new album?

„We are pleased with the results as well as you. There are a few small pieces and details that I would have wanted to change to the better in the mix, but we didn't have the time to do it, and that is probably how it always will be. We used 3 weeks in the studio recording this album and I could have needed one more week to be more picky about stuff, but all in all it sounds like a fresh album to me, and the production is also clear and powerful.” 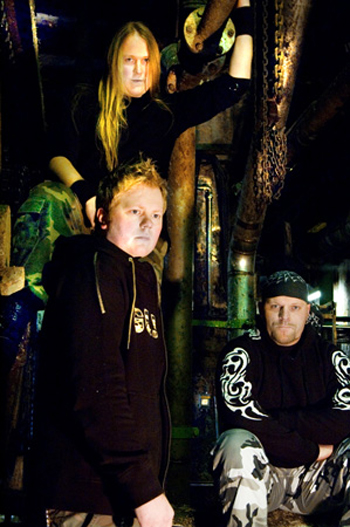 What is behind the name of the band?

„When I started fooling around with the idea for this band, the originally idea I had was „Communichate”, but I didn't have anybody to hate, hehe, so I ended up with the word „communic” as a short for communicate. It doesn't have any deeper meaning than that.“

What is behind the album title?

„If I told you that it would be all ruined, right?! I guess you will find some clues in the video that will be ready sometime early next year, haha.”

„There are no concept that are binding the songs entirely together, they are more like small stories in their own. That's the way I write the lyrics, the listener will have to find their own meaning of the songs, find the clues and maybe understand it, and it is not always easily perceived or understood.“

Which are your expectations for the release of the new album?

„We don't have any big expectations around this release. Sure, we are quite exited, and we know we have some good songs, and that we have managed to get a good production that justifies the songs need, and it has a cool cover and booklet. We can just wait and see what the media and the fans of metal will think about it.“

„Nearest future will be used to promote our new album. We have started to put together the live set, and hopefully we get around to play allot live to support the album. We have also started to work on new songs for the next album so we are on the move already. It has been an amazing year for us; one year ago we had our first demo out, now we have got a great record company supporting us, we have recorded our debut album, shoot a killer video, and we are really looking forward to the coming year.“