With their new and third album, the five exceptionally devoted Swedes are launching a classic Melodic Hard Rock full-service. And the new Coldspell compositions on „Frozen Paradise“ are finely garnished with finest AOR bonds.

At the same time, the challenging band around singer Niklas Swedentorp understands the heart of the nostalgic fans of this musical field. Once again, due to the fine work of studio-master Tommy Hansen, who brought the sound to top, „Frozen Paradise“ is all about pure passion, and really on all levels. 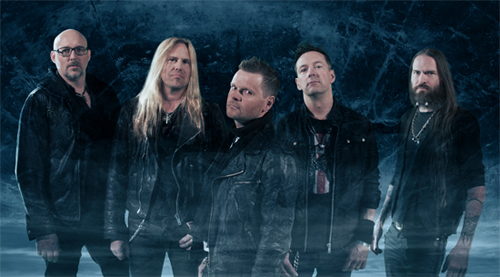 What is behind the title „Frozen Paradise“?

Could mean the modern world, when we speak about people’s hearts and minds…

„“Frozen Paradise” can be related to many different scenarios and like you said it could mean this modern world of ours, our paradise is about to become a cold and unfriendly place with all madness that goes on. But when it comes to Coldspell it can be related to where we live and come from, we have our paradise up here in the north of Sweden with long and cold winters that can be beautiful and some kind of magic …“

Many people say ‚the third album is the most important‘ for any band. Your opinion about?

„Yeah so I heard, even heard that 3rd album use to be called ”make it or break it”! For me and the rest of the guys its very important but so was it with the earlier album, too. But somehow I understand this thing about “the 3rd” album cause every band want each album to take the band one step further and get those great festival spots / tours for example. For me its important to get these songs out to all friends / fans that been waiting for a new album far to long now – and hopefully they like it as much as the recent albums.“

The material sounds quite ‚flowing‘, in spite of all the edgy and hard rocking elements of the band. What is your own opinion about the new finished work?

„The goal was to have an album that will be a bit heavier than the earlier albums and it felt like a natural way to go with the production and the songwriting. You always have a vision in your head , how you like it to be in the end and all that. I think Tommy Hansen did a truly great job with this 3rd album, too, cause it matches the vision. To make it short – it’s heavy and melodic!“ 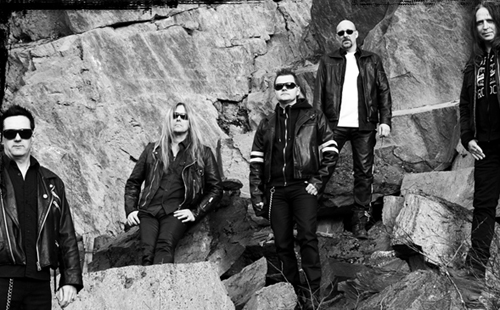 Are noteworthy differences to hear now which separates the new output from the 2 previous Coldspell albums?

„Yeah like I said , I think It’s a bit heavier but still without loosing that melodic touch. I also think the vocals sound a bit more edgy and in your face. We also tried to keep it as simple as possible , make this album an honest and hardrockin’ album with not that much overdubs and all that – then it will be much more fun to play live.“

Which visions are rising in your mind, while playing these new song material?

„I have to say that it’s the feedback that inspires me to write new songs. Have to say I haven’t listened to the final mixes that many times, cause when you live with the songs and ideas for many months the ears and brain need to have a some sort of timeout and get some rest. Its been many days and nights of hard work but when listen to the album now I sure feel that It was worth it all.“

From where came all of these ideas for the new music of Coldspell?

„Oh there´s so much ideas going on in this twisted head of mine, haha! New lyrics or melodies can all of a sudden pop up when being in the elevator or out with the dog or at the supermarket but I think most ideas and songs come up when I’m out on the country in our small house out in the deep forests of northern Sweden, my Paradise!“

Are special musical influences in your newest music?

„Guess I listen to all different kind of styles but unfortunately I don’t get the time to listen to new stuff as much as I want cause every time I get to hear something good I just have to grab the guitar and play, haha! But when it comes to music influences I could mention classic bands like Whitesnake, Rainbow, Deep Purple, Black Sabbath, Dio, 80´s bands and all different kinds of Metal. The list would be to long so we have to talk about that when I come to Germany.“ 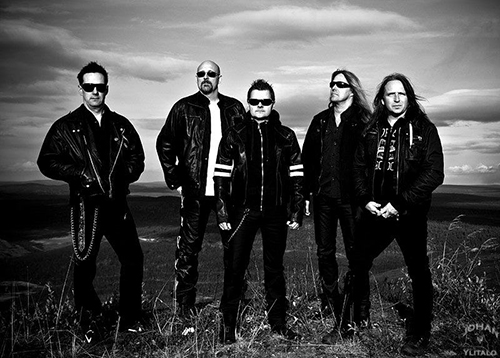 How long have you needed for the songwriting for the new release?

„It’s a long process, it’s like a huge puzzle from the beginning til' the end. As some of the songs been pretty much done it could take some time to get the right arrangements and all that. Guess I write songs all the time but you could say that I started putting down ideas and all that in September and we started to record the drums in the mid of December 2012.“

Due to the classic representation of your material in the vein of heroes as Talisman etc., Coldspell reached it pretty well to build up an very own style once more!

Was that difficult for the band or developed it totally naturally anytime?

„Thanks a lot, I think we may sound a bit different than other bands as we have much classic / melodic Hard Rock in us but that along with some Metal and Prog Metal influences hopefully makes us having an own style, like you said! I think we did go our own way already with the first album and somehow I could get the feeling that we are not AOR and we are not Metal, but something in between that, and that did come naturally for sure. I think that, as long as you write and play from the heart it will be what it is!“

Please tell about the main lyrical content of the new album and the main author!

„Its like all other albums, I write the music and when it comes to lyrics there are some co-writers like my wife and also the singer and the drummer´s wife Åsa did some writing.“